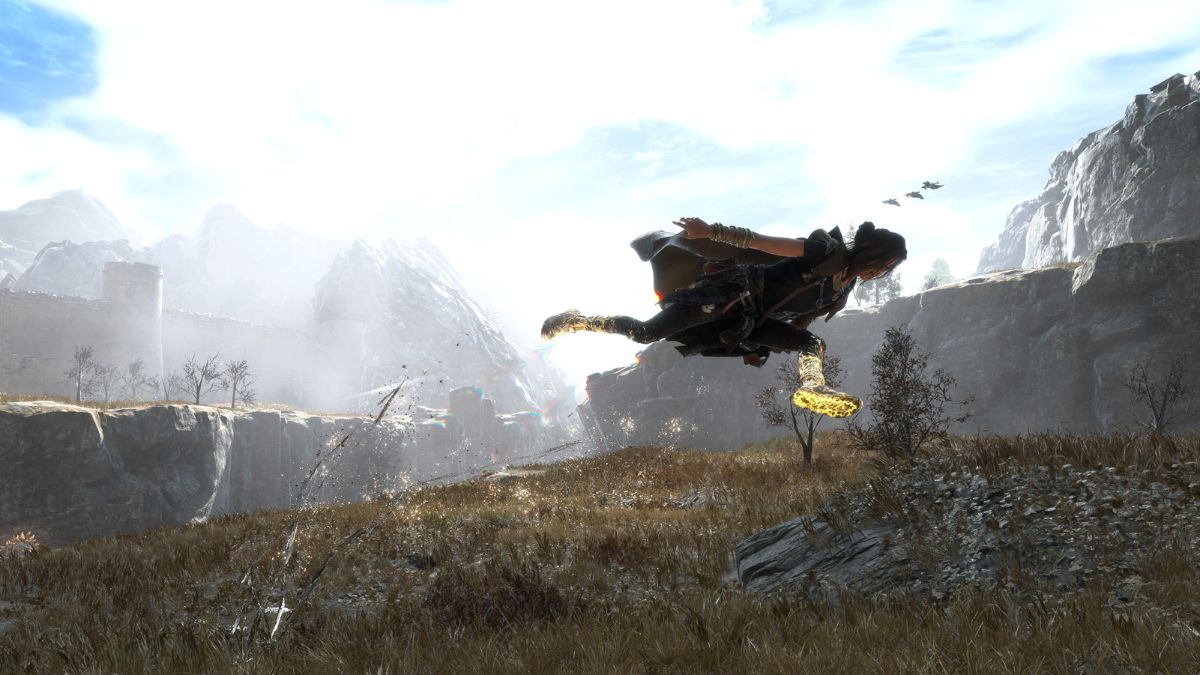 Forspoken is a massive game with an extensive map for you to explore. While there are multiple ways you can traverse the map, like fast traveling, your main method of exploration will be through the usage of the magic parkour system. Parkour systems have existed in the past in games like Assassin’s Creed, but none have implemented the high speed of running with magical leaps and bounds. This guide will show you how the magic parkour system works in Forspoken.

How to use magic parkour in Forspoken

One of the most exciting parts of Forspoken is being able to run at high speeds across the lands of Athia while jumping over rocks, climbing cliffs, and barreling past enemies. You are introduced to the parkour system early on in the game before entering the world of Athia. Shortly after leaving New York City behind, you are introduced to a new means of travel with the magic parkour system. This system can be used to explore the world and can even give you an advantage in combat when used correctly.

To use the parkour system, you simply need to hold down the circle button on PlayStation 5 while moving the left stick. You can change this to a toggle system in the menu to allow you to turn the magic parkour system on and off. While using the magic parkour system, you will automatically leap over small obstacles like rocks and walls. Once unlocked, you can also use the leap ability to scale cliffs. As you progress through the game, you will be able to perform more maneuvers using the system.

Magic parkour can be used in battle just as easily as it can be used when traversing the environment. During combat, hold the same button down as you normally would to run around the battlefield and avoid opponents. Press the dodge button to dodge attacks whenever you see enemies getting ready for a strike. The dodge button defaults to the circle button on PlayStation but can be changed in the menu.

Tapping the dodge button multiple times will allow you to use magic parkour to dodge enemy attacks. You can also use the system to jump over enemies during battle just as you would an obstacle in the environment. Mixing parkour with your attacks and dodges will grant you points toward your Battle Ranking.