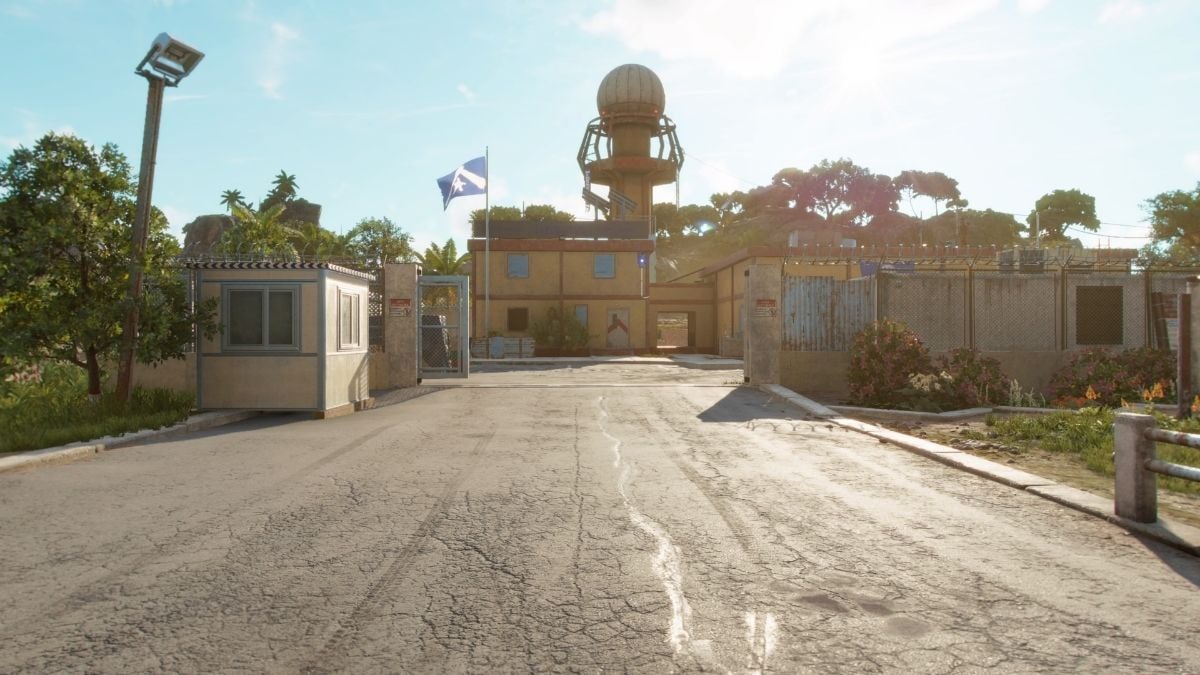 FND Bases are Far Cry 6’s version of Outposts that appeared in previous games in the series. Just like you would expect, you need to wipe out all the enemies inside to capture the base for your allies. There is only one base to find in the Costa Del Mar region of Yara, but it is pretty heavily armed. Be prepared for a fight.

Finding the base’s location is simple. You may have come across NPCs in the region who have told you where it’s at. If not, take a look at the map below. The base is situated in the southern section of the region with a nearby anti-aircraft site. It is called the Cortina Weather Station.

If you are looking to attack this base in a stealthy manner, we recommend coming in from behind the building. Take a look at the image below. There is a large tower with a sniper in it that you should watch for. You can also break into the building by entering the bunker behind the main building.

Watch out for the security camera behind the building. Enemies in this area like to walk around and will periodically go in and out of the building. You can use the tower on the hill in front of the base to scout things out before you go charging in.

Once you have liberated the base, there are a lot of materials to pick up along with an FND Crate the is on the right side of the building on the other side of the fence.