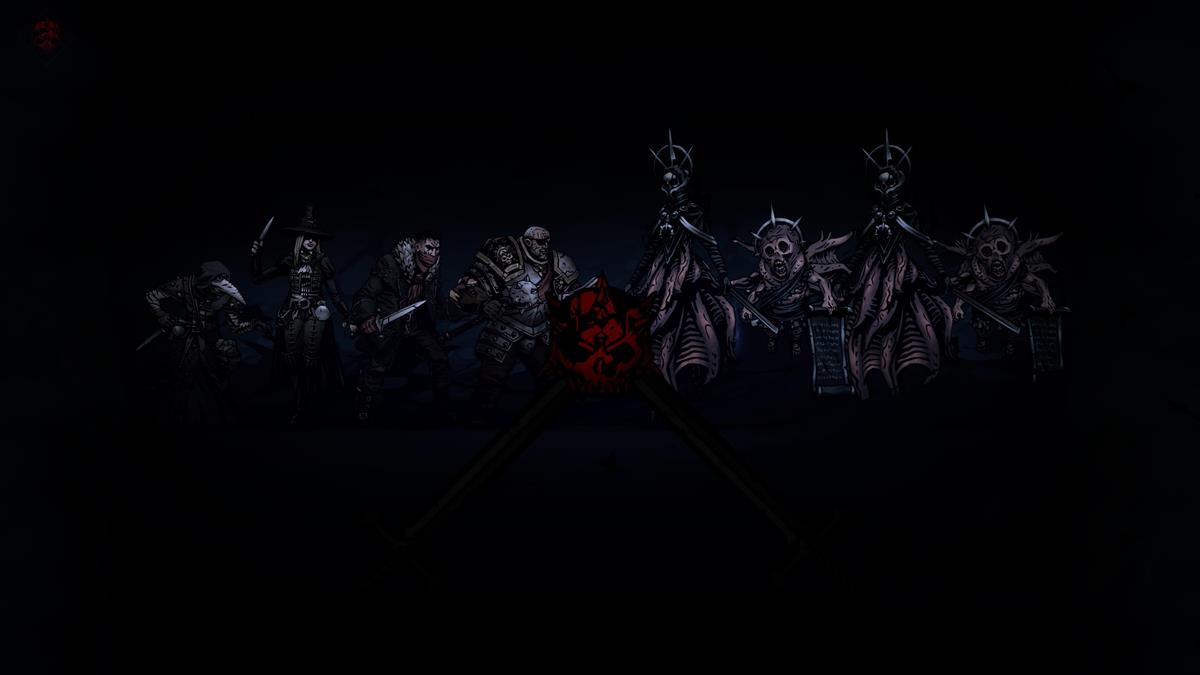 From time to time in Darkest Dungeon 2, you might pick up powerful Cultist Trinkets. These have higher buffs than most other equipment that you obtain, but they do need another item to boost them. Here’s our guide to help you get Dark Impulse Trinkets to buff Cultist items in Darkest Dungeon 2.

The most common way you’ll acquire Cultist Trinkets and Dark Impulse Trinkets in Darkest Dungeon 2 is by completing Cultist Encounters in The Sprawl. You’ll usually face off against Evangelists and Cherubs, and you need to watch out for the blindness status effect.

It’s also possible to see these drops in Guardian Encounters near the exit to the next Inn. However, you have to complete all three battles to obtain the high-end rewards. Likewise, there are times when you’ll only receive either a Cultist Trinket or a Dark Impulse Trinket, but not both.

If you truly wish to guarantee that both these items drop for your team, then you’ll want to engage in Darkness/Black As Pitch battles. These occur only when your Stagecoach’s Flame has dropped to zero.

The Flame will dwindle from a maximum value of 100 down to zero while you’re driving around a zone. There are also event decisions that will lower it, such as when you avoid helping villagers or if you escape from potential fights.

If it reaches zero, then a battle occurs. As usual, you’re up against Evangelist and Cherub mobs. The key difference now is that total darkness buffs them with advantages. They’re going to be harder to hit even if characters aren’t afflicted with blindness.

If you win this fight, you’re guaranteed both a Cultist Trinket and Dark Impulse Trinket. Equip both of these on a character to activate a powerful boost. Examples include having +40% attack, +40% HP, or +7 speed. Just remember that two items need to be worn to gain their effects, which means you won’t be able to use a combination of a Cultist Trinket and a character-specific gear.

Lastly, we should also mention that the Darkness fight in the original game was against the Shambler. However, that opponent is only seen now when you visit Academic’s Study locations on a map.