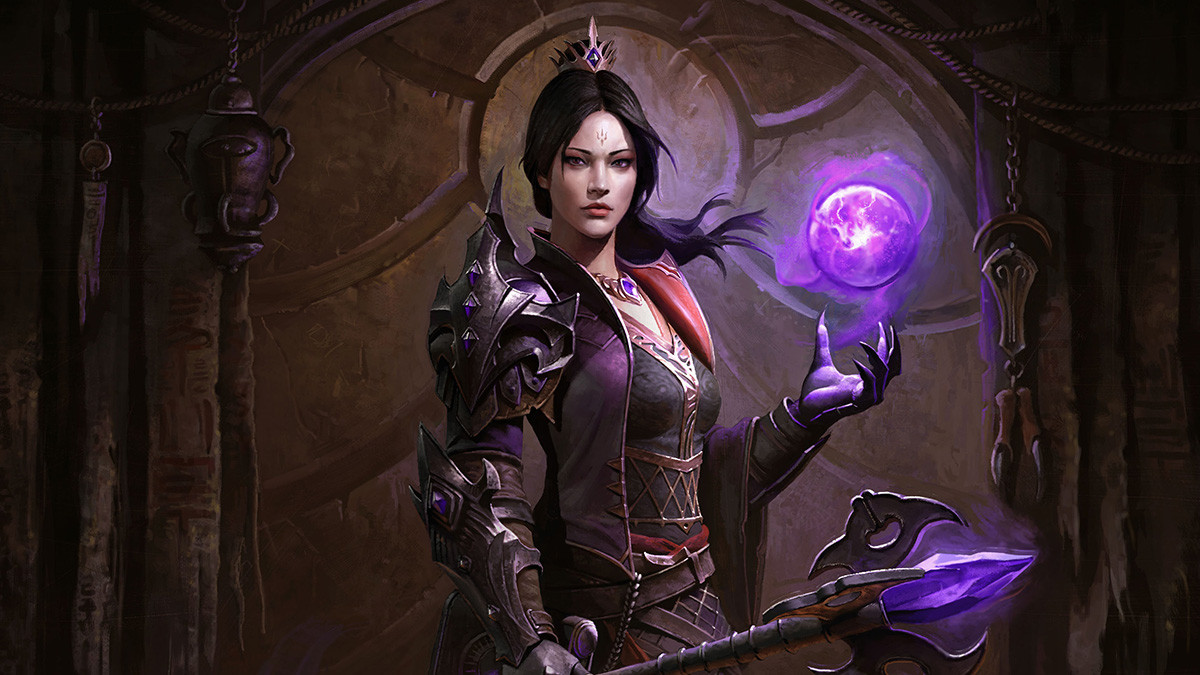 If you are someone who enjoys slinging spells and mastery over magic, you might naturally choose the Wizard class in Diablo: Immortal. However, you might be wondering what is the best way to level from 1 to 60? Below, we’ll give you some guidance that helps through the campaign and get you to the endgame with Diablo’s main spellcasting class.

Wizards can unleash devastating spells on their enemies, and with the arsenal of Crowd Control and AoE spells at their disposal, they can really control any engagement. They have a decent mobility tool up their sleeves, but being glass cannons, they have to pay special attention to positioning before they get squished. Good Wizard players should practice skillshots, as they represent one of the major components of most of their damaging spells.

Level 1: Your Primary skill is Magic Missile. You will be using it throughout the campaign, as it’s a good, reliable source of damage. Your other two starter skills are Scorch and Arcane Wind. Leveraging their synergy together, you will use Scorch to apply the Burning debuff to enemies, then follow that up by using a fully charged Arcane Wind for 50% extra damage to burning foes. This combo effect is called Firestorm.

Level 3: You unlock Lightning Nova. It is a short-cooldown skill that you can spam for extra damage. If you’re fortunate enough to find The Siphon, a Legendary off-hand item, this skill also turns into a mobility boost.

Level 8: You unlock Ray of Frost as your fourth skill. It is a beam attack with a stacking effect, but you will be replacing it shortly.

Level 18: Teleport, your main movement skill, is unlocked. Replace Ray of Frost with it. Despite the long 15-second cooldown, it has up to three charges, which makes it a great repositioning and mobility tool that you won’t replace at any cost.

Level 38: Replace Lightning Nova with your new skill, Black Hole. You will be using Black Hole to group up as many enemies as possible, before unleashing a Firestorm upon them with your Scorch + Arcane Wind combo. Note that if you have The Siphon, you should keep Lightning Nova instead, as the extra movement it provides trumps Black Hole’s utility.

Level 41: You unlock a more powerful, alternative way to apply the Burning debuff and Firestorm to your enemies. Replace Scorch with Meteor. It will take a little bit of practice at first because Meteor also has a slight delay, but it deals vastly more damage when the full combo is executed. Luckily, it also has an added stun effect, which provides a bit of extra CC to the combination.

Wizards use staves, rods, and daggers in their main hand and hovering orbs in their off-hand. This means that your gear progression is pretty linear, and you should focus on boosting your gear score. While playing through the campaign, always pick gear with stats that increase your damage output, survivability, and mobility.

Legendary items represent massive power spikes for your character. Almost any that you find would be a huge upgrade, but some of the best Legendary items to find for Wizards early on include:

Normal and Legendary gems improve the power scale of your character along with gear. While leveling, equip all gems that you find in Hidden Lairs. Wizards should pick Tourmaline gems as a priority.

The quicker way is to obtain and advance through the Battle Pass, which provides you with XP-boosting benefits. From there, you can profit from running Dungeons for extra XP or farming the open world for Monstrous Essences and Side Quests.