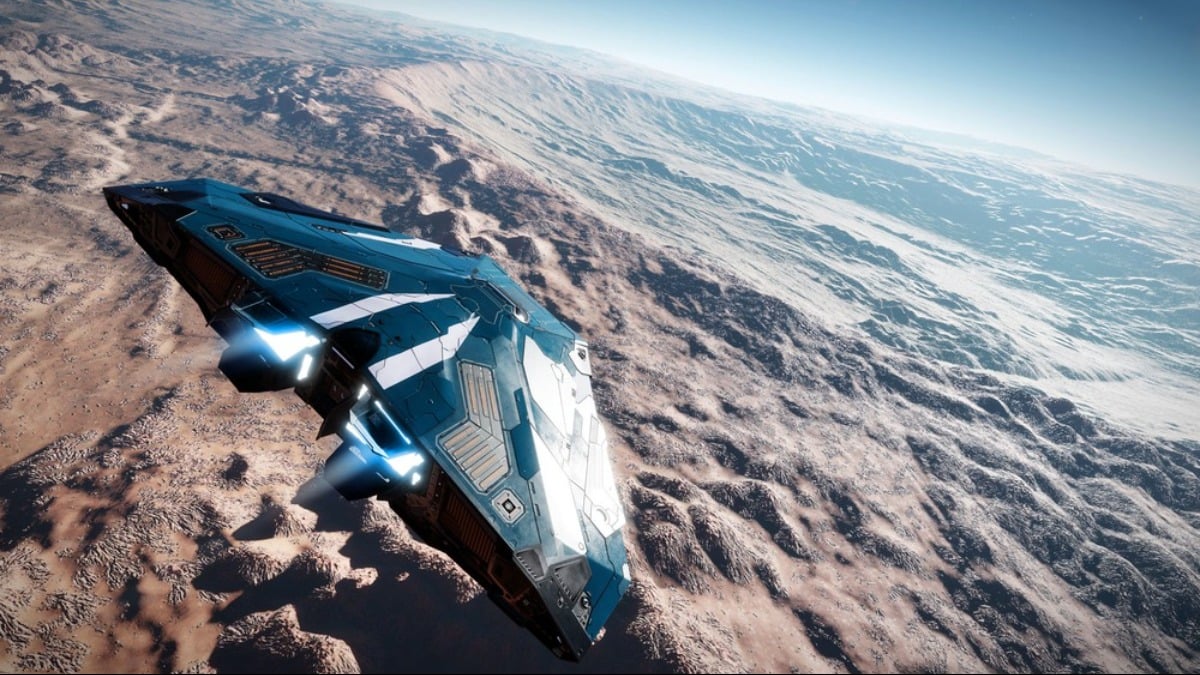 Many players are already familiar with Elite Dangerous for its one-to-one scale of the Milky Way galaxy, space flight, and ground traversal. Still, for the first time, players will soon be able to experience planets on foot. Frontier Developments showcased an in-game mission giving us a look at what to expect when taking part in on-foot activities in its new expansion, titled Elite Dangerous: Odyssey. The studio also provided a Q&A recap following the showcase.

Through the gameplay footage shown, we got a glimpse of some first-person interaction, combat, and a way to handle the mission they were taking part in. Frontier Developments stated that missions could be handled in various ways, from stealth to a full-on frontal assault.

These themes provide unique building types that can provide unique mission types and have standard missions that can work across all of them. The factions that govern these settlements are handled by the BGS (Background Simulation), which governs everything in the game from star and planet placement to the very factions that oversee them. This can create more unique encounters with the factions’ NPCs based on the reputation and what activities you are performing in their vicinity that you have acquired up until the release.

Frontier went into a bit of detail in explaining the NPC’s interactions with the player. If you have a good relationship with the governing faction but perform something suspicious, they will scan you with their Profile Analyser. Any crimes committed within their jurisdiction will result in an immediate reaction from them.

During the showcase, Frontier gave us a look at some of the equipment available for players when performing activities on-foot. A variety of tools were shown that are capable of cutting panels open to access airlock door controls and a tool that can overload the controls to open them. Two weapons were shown as well, an assault rifle and a pistol. The assault rifle appeared to work as one would expect, automatic fire with relatively low recoil. The pistol shown seemed to be burst fire in nature and dealt a good amount of damage to enemies.

Details on the different types of weapons are also available. Three different weapon types were specified.

Frontier briefly talked about one of the different suits available to the players and what sets each one apart from the rest. The Tactical Suit that is mentioned can carry two weapons. This trait is unique to that specific suit, making players decide what kind of suit would be best ‘suited’ for the mission they wish to embark on.

Suit management will be present in this expansion. Different things that suits will have available are life support, shields, and some tools that will utilize a suit’s power. Consideration will need to be taken in which suit will be best for what players will want to do.

Elite Dangerous: Odyssey brings along with it an entire revamp of planetary graphics and factors such as lighting, details, and light atmospheres. With the addition of on-foot mechanics, players will be able to leave the mark by having their names permanently by receiving the ‘First Footfall” credit on the System Map.

With these improvements, Frontier informed us that they have also made it to where ships will now be able to auto-land on a planetary surface. Appearing to work similar to the auto-dock feature available at stations.

Planet-specific parameters are also important when it comes to exploring on foot. Temperature and gravity will play a part in whether players can even set foot on a planet. If footfall is allowed, players will need to keep in mind the gravity and temperature as this will affect player’s suits and experiences while traversing on the surface.

Frontier Developments stated that they are interested in player feedback on the economy — how much a bounty is worth, weapon balance, and various tweaks are something that will be looked at during the alpha.