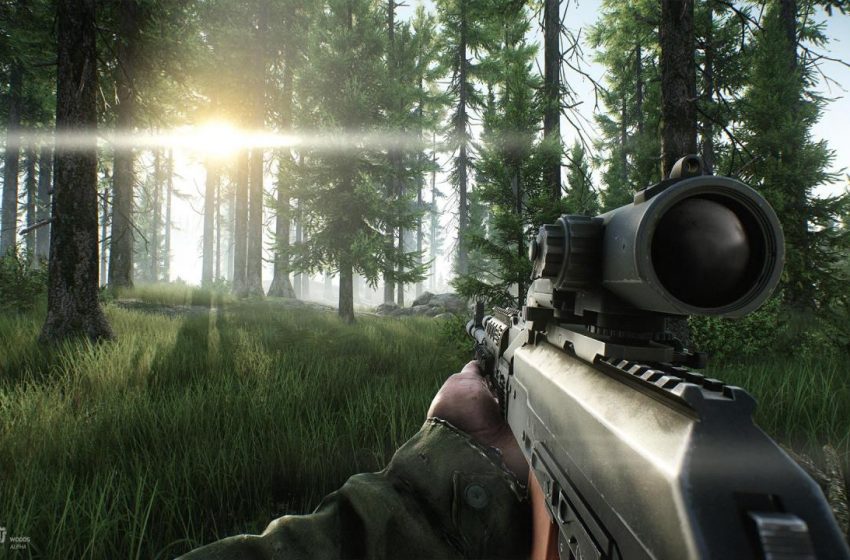 Escape From Tarkov is becoming one of the most popular games available. Surviving in this game is a challenge for veterans and new players alike. One of the most challenging maps in the game is The Lab. Navigating the Lab can be as frustrating as navigating Upper Blighttown in Dark Souls. Many veteran players actively avoid it. To enter the map, the player needs to obtain a keycard, and each extraction point has a task that needs to be completed before it can be accessed. Luckily this map also has some of the best loot in the game, making it well worth the frustration. This guide will cover the basic layout, extraction points, and other highlights for the map.

Something that all players should keep in mind about this map is that insurance does not work. If a player purchases insurance, they will receive a message from Prapor later stating that his men either couldn’t find the Lab or never returned. The Lab is set in an underground facility beneath Tarkov. This map has three claustrophobic floors to explore filled with Scav Raiders.

Getting the key to the Lab

To be able to access the Lab players will need to get the TerraGroup Labs access keycard. One is required for each player entering the map and is consumed on use.

There are a few places to find the keycards:
1. In drawers on the Shoreline map and in The Lab itself
2. Loot from Scavs and Scav Raiders
3. Loot from Bosses like Gluhar and Killa.

Searching the drawers on Shoreline is the safest bet. If players want to try killing a boss to get the keycards, they should go after either Killa on the Interchange map or Gluhar on the Reserve map. These two bosses spawn slightly more frequently than the others.

While the TerraGroup Labs access keycard will give players access to the lab itself, several other areas require additional keycards to enter. These cards are color-coded, and each area they unlock has different kinds of loot.

There are a total of three keys and six keycards. The keys open up the manager’s office, the testing area, and the arsenal storage room.

With the exception of the key to Sanitar’s stash, all of these keys can also be looted from Scavs.

Unlike the other maps in EFT, the Lab does not feature regular Scavs or a Boss. The Lab is filled exclusively with the tougher and more accurate Scav Raiders. The Raiders patrol the Lab in groups of three. They have much better equipment than normal Scavs, which means they have better loot but are also much more dangerous. Players will need to check each corner and move carefully when navigating the Lab or risk being surprised by patrolling Raiders. Players should be prepared to enter the Lab with armor-piercing ammo, higher tier armor, and plenty of meds. Raiders are stronger than other Scavs but rarely wear headgear in the Lab. Players should try to use headshots when taking on Raiders instead of aiming for their upper tier chest armor.

This floor has three extraction points, which are discussed below. This floor mainly has offices. For the most part, the offices will have basic loot like ammo. The offices are also useful for finding items like cigarettes to turn in for quests. The rec conference room, or Cat room, is one place players should check out. It is a round room with cat statues flanking the doors. This room often has valuable loot such as gold chains, VPX, and virtex processors.

Across the hall from the office is the violet area. The Violet keycard is required to get in. It is a tiny area but has a lot of good loot, including COFDM Transmitters and Virtex processors needed for quests.

South of the security office is the cafeteria. There is not a lot of valuable loot in this area, but the food items found in the kitchen can be useful for newer players. The yellow keycard can be found in the cafeteria on one of the tables.

Through the kitchen and around the corner to the left are some blue and white pallets. These pallets can have random loot spawn on them, including items that can be traded in for better equipment.

Almost in the center of the map on this floor is the manager’s office. This office can have an MPX spawn along with some other loot. This is also a possible spawn location for both the Green and Yellow keycards. The area around the office can have some excellent loot, but it is even crawling with Scav Raiders. If players aren’t careful and quiet, they will likely end up in a firefight.

Sanitar’s stash can be found on the south end of the floor. The stash is in a closet near G22 across from the server room. Look for a short hallway running north to south with a large “Terragroup Labs” sign. The door to the stash is right next to the sign. Use the keypad next to the door to access it. The stash contains loose loot, medical supplies, and several of the new stims from the 12.7 update. This is a good spot to farm for items for certain colleague quests. This closet can only be accessed with a single-use Key card with a blue marking. The card is dropped by Sanitar on Shoreline.

The first floor has two extraction points that are shared with the second floor. There are a few areas on this floor that have some valuable loot. The lecture area is right below the kitchen on the second floor. This room has a projector and several laptops on desks. VPX and money often spawn near the laptops and around the tables. Occasionally a VPX will spawn near the podium at the front of the room. Outside of the door nearest the podium is a server rack that has been knocked over. Virtex processors often spawn on this collapsed server.

Down the hall from the lecture hall is the gym. The gym has nothing really of note except for the Testing area key. The key can spawn on a stool somewhere in the gym.

The parking garage can also be accessed from this floor. The cars and crates in the garage can have some basic loot, but the most important part of the garage is a black SUV containing the Manager’s office key.

South of the parking garage is the main work area beneath the manager’s office. This area can have a lot of basic medicine as well as money, graphics cards, VPX, and the Black keycard. Players should definitely check out the IT area, the mud hut, and the weapon testing area. All of these spots within the main work area have decent loot. Inside the dome in the main work area, players can find a LEDX on top of a barrel. The LEDX is needed for the Private Clinic quest and to upgrade the medstation in the Hideout.

The Testing area key is needed to get into the weapon testing area. This area usually has ammo and some weapon attachments, and occasionally a fully assembled M4.

Opposite of the weapons testing area on the south side of the main work area is a set of cranes and disassembled cranes that have been fenced in. These areas usually have good loot like virtex, COFDM, fuel conditioner, firesteel, and fireklean gun lube. The cranes are generally surrounded by Scavs, which makes looting them dangerous but still worth it.

In the southeastern section of the first floor is the server room. The server room is hazardous; there are usually a lot of Scav Raiders as well as players trying to exfil. There is a hole in the floor of the server room that will drop down into the room below in the basement. This hole is handy for getting to the power switch needed to use the Medical Block Elevator. Despite the danger, the server room and the surrounding rooms all have good loot, including weapon attachments and LEDX.

Across the hall from the server room, near the med hut in the main work area is the experiment area. This area requires the Black keycard to access it. These rooms have several very valuable colored stim injectors throughout the area, as well as lots of medical supplies.

The Basement or Technical level is the third and bottom level of the map. It mainly features utility rooms such as the boiler room (R1) and the powerplant (G1). This room is one of the most important in terms of extraction. There are four extraction points in the basement, the sewers, the ventilation shaft, the main elevator, and the medical block elevator. There is also a switch in the basement that needs to be flipped to use the cargo elevator on the second floor.

There are seven extraction points in the Lab.