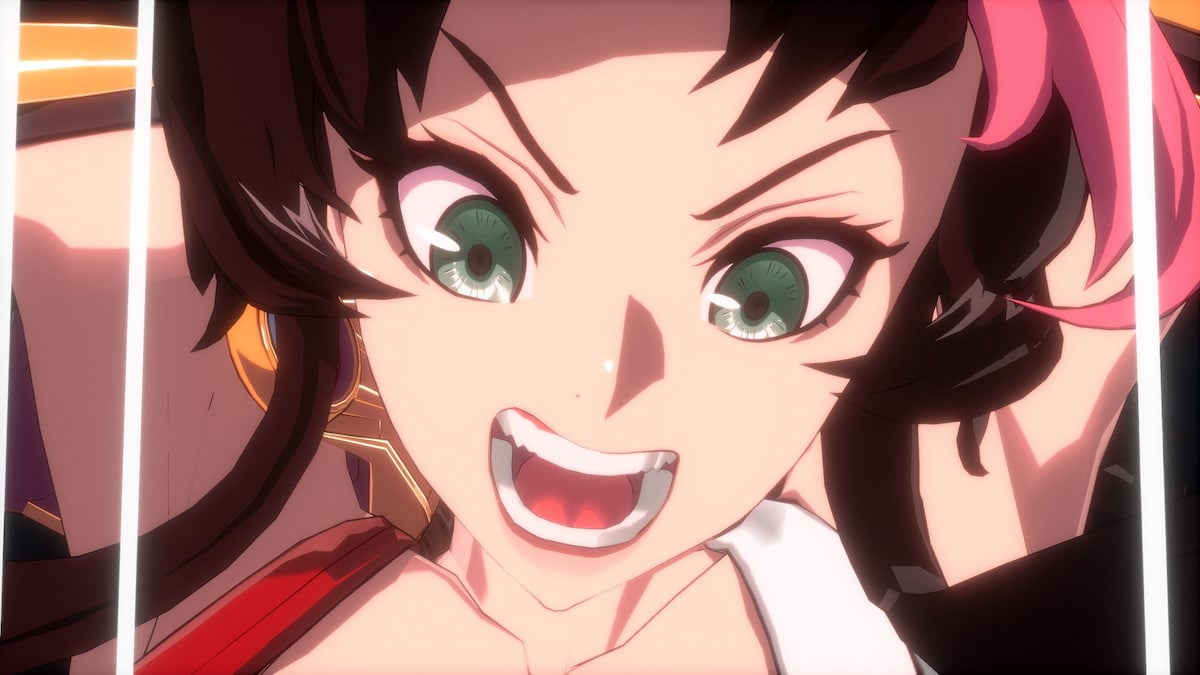 DNF Duel features a small but varied roster of fighters based on the popular Dungeon Fighter Online MMO. Each of the 16 playable characters is based on a different character class from Dungeon Fighter. They are diverse and feature extensive movesets despite a simplified control scheme. This guide will rank the DNF Duel characters from best to worst — and the ranking system will be based on each fighter’s ease of use and versatility.

Striker is a powerful character with a straightforward move list. Striker fights with pure hand-to-hand combat. Her ease of use is high, as every button can combo in and out of each other with ease. She is fun to use; even a novice can pick her and be effective with some practice. Each attack is devastating, and mashing some buttons can prove highly effective in online matches.

As you can see from the image above, Inquisitor is fierce, has unparalleled reach, and can fill the screen with holy flames. Despite how heavy she may appear, Inquisitor can move quickly and is capable of filling the screen with all of her special moves. Her two-handed axe can do massive damage in just a few swings.

Berserker is the first character to appear on the fighter select screen, for a good reason. His weapon range and special attacks are simple to use and powerful. Most of his special attacks can combo themselves for easy access to big damage. Just be careful, as using his Frenzy special move will drain his own health to increase his damage output.

Ghostblade is one of the more visually striking characters in DNF Duel. He is a flashy fighter who uses a phantom swordsman to compliment his special attacks. Ghostblade is a fun character to use; every button has a lot of range. Ghostblade can teleport with a simple button press at will, which allows him to avoid being stuck in the corner.

Vanguard is a solid and capable long-range fighter. He can safely poke and combo into long attack combos with his spear. His special attacks can link into branching moves with the touch of one button. His health and attack power are above average as well. Vanguard is a versatile fighter who is easy to recommend for people looking for a strong starting character.

Swift Master is by far the most agile character in DNF Duel. He is a god of wind and has a lot of moves that can reach out hit an opponent at full screen. Careful use of his wind powers can keep him in the air for extended periods of time. Use his wind projectiles to keep a safe distance and frustrate your enemies into making careless mistakes.

Dragon Knight is a pet class who is just as deadly as her baby dragon is adorable. She is fast, and her weapon is excellent for long-range poke attacks. Dragon Knight can use her pet dragon to follow up almost all her attacks. This pet allows her to remain safe after most of her special attacks. She can struggle with characters faster than she is, so keep enemies away to use her effectively.

Kunoichi is a speedy character capable of some incredible mix-up opportunities. Her agility can keep her safe from most of the cast. Her firebombs and ninjitsu skills can fill the screen with fire and delayed explosion traps. Her ease of use can help players warm up to her complex set of special attacks.

Trouble Shooter is a character with some easy-to-use special attacks, but why and when to use them isn’t as obvious. Despite his gun, he doesn’t just sit back and shoot projectiles across the screen. He is best when up close to his opponent. Knocking an enemy down and setting up traps is the game plan to use Trouble Shooter efficiently.

Hitman is another character with a sword and gun. What separates him from the other gun-toting characters is his use of his weapons. His gun and sword are often used in tandem, which can be confusing at first. Think of him as a sword-fighting character with a gun rather than a long-range fighter. His set of moves is robust when appropriately used, but the lack of long-range attacks despite his arsenal makes him a tough choice for novice players.

Lost Warrior is the final boss of story mode and DNF Duels’ sole hidden character. To unlock Lost Warrior, you must finish story mode with one character. Once you have him under your control, he isn’t nearly as fearsome as the boss fight version. He has a few tricky special moves but learning how to use them is daunting. He is a setup character, and adjusting to his style of play for newcomers will take a while.

Launcher is a character with more weapons than most of the roster combined. All of her weapons are gun variants. Laser beams, rocket launchers, and space missile platforms are in her bag of tricks. These weapons make her very easy to use, but her lack of physical strikes can leave her vulnerable up close. If an enemy closes the distance, Launcher can have difficulty creating space for her attacks to be effective.

Ranger is a character performing his best Dante impersonation. He is a stylish character with two pistols. Every attack in his arsenal is a ranged move, with some stylish kicks to complement his pistols. Ranger is tough to use, as his combos require a lot of game knowledge and practice.

The Crusader is the resident big body archetype that every great fighter can’t do without. He is a paladin who would rather use magic than body slam somebody. Crusader wields a massive hammer, but its range and power are deceptive. The only section of the hammer that can do damage is the blunt edge, while the rest can be easily dodged. Learning how to carefully use his spells and hammer make Crusader perfect for an advanced player but tough to recommend for new players.

Grappler is a powerful close-range fighter with extensive command grab special moves. Even his regular attacks often lead to grabs. Grappler has good defense and complex gameplay, making him a good pick for players well versed in DNF Duels mechanics. Grappler is slow, and his combo attacks are challenging to pull off properly.

Enchantress is a complex character to use at low and high levels of gameplay. She can summon her demonic teddy bear and use it in tandem with her various attacks. She can steal an enemy’s MP bar as well. Learning to control her and the bear simultaneously and manage multiple meters can prove dense for entry-level players. She is also frail and doesn’t have the mobility to keep up with the other minor characters on the roster.