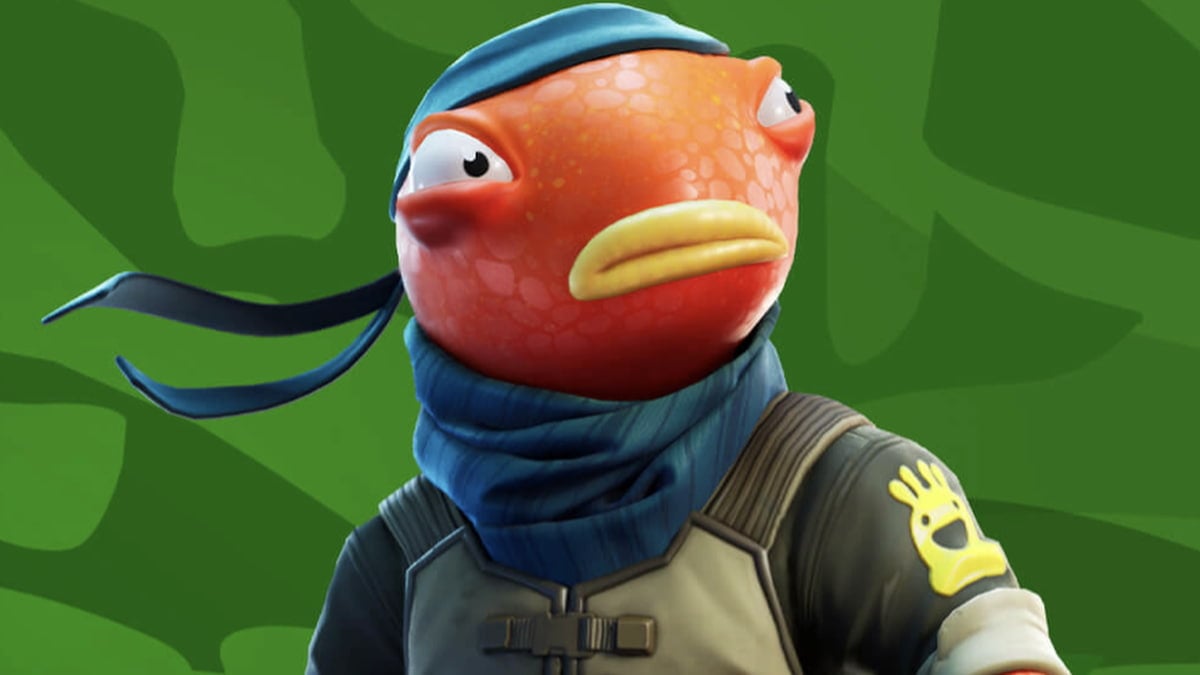 First appearing in Season 7, Fishstick has been one of the most beloved NPCs to discover in Fortnite, though they are more than just a friendly face to see on the island. Players have also been treated to various skins based on the orange creature, inspired by everything from movie characters to even holidays. With nine different iterations, here is our ranking of all Fishstick skins in Fortnite.

What are the best Fishstick skins in Fortnite?

Fa-la-la-la Fishstick is the only Christmas-themed cosmetic of the animal, fittingly sporting a classic green and white elf costume. Although skin owners won’t be able to alter its appearance, it does come packaged with The Fishcracker, a wooden Back Bling modeled after the skin. As most can expect, Fa-la-la-la Fishstick is primarily known to appear in the Item Shop every December during Winterfest events at the cost of 1,200 V-Bucks.

Fishstick may be known to be a fun-loving, aloof character, but Triggerfish begs to differ. It pictures the NPC doing its best Rambo impression, dawning menacing face paint, a long headband, and military gear. Better yet, the cosmetic comes with two additional styles, including one that lends the fish a high-tech helmet. Triggerfish arrives in the Item Shop rotation on average of about once every month and is priced at a light 1,200 V-Bucks.

Fishskull has gained a reputation for being an excellent cosmetic to use when playing stealthily. This is because the skeleton outfit is incredibly slim and dazzles in nothing other than black and white — ultimately making it tough for opponents to see Fishskull from afar. However, if you want this advantage, you will need more than V-Bucks. The Halloween skin belongs exclusively to the Skull Squad Pack, which appears in the shop every October for $19.99.

Evidently modeled after James Bond, Contract Giller places the flounder in an all-black three-piece suit and offers an optional sunglasses accessory. It is also accompanied by a baby Fishstick, as Contract Giller comes with the adorable Dorsal Destroyer Back Bling. That said, the cosmetics can only be obtained from the Bassassin Challenge Pack, a $9.99 V-Buck bundle that is available in all supported platforms’ digital marketplaces.

Unlike most Fishstick skins, Frozen Fishstick imagines the longstanding NPC with icy blue scales and stripped clothes. However, to prove it’s a winter-themed outfit, its owners can also discover patches of snow splattered around Fishstick’s body. Thankfully, those wanting the skin have plenty of chances to obtain it each year. Frozen Fishstick’s dedicated Polar Legends Pack is known to be up for sale almost every day between November and March.

From the iconic blue getup to the puzzled look on their face, the standard Fishstick skin mirrors every aspect of the NPC. Though, there is much more than meets the eye. The cosmetic also comes with two radically different outfit styles: a Pirate style that rocks a starfish for an eye patch and a VR style that gives the fish a headset and purple scales. Despite its several looks, the cosmetic comes at a low 1,200 V-Bucks and makes its way to an Item Shop rotation about once every two months.

Atlantean Fishstick is only of Rare-rarity, though its design certainly screams otherwise. It turns the awkward chum into a full-blown underwater warrior, gifting Fishstick shiny, gold-plated armor and a long pelt that is filled with bronze scales. Best of all, it is arguably the easiest skin based on the NPC to collect. Atlantean Fishstick is sold for 1,200 V-Bucks and has appeared in the Item Shop almost once a month since its July 2020 debut.

Gummy Fishstick may make the character unrecognizable, but those dropping currency on it will net several benefits. For one, it is notorious for being able to blend into any environment, as the candy-covered skin’s top and bottom both have interchangeable color combinations. Its included Original Puffa Pak Back Bling also makes the skin a steal, lending buyers five different styles of fish to choose from. This Rare-rarity costume is mainly in the Item Shop each October for the price of 1,200 V-Bucks.

If players could only choose one Fishstick cosmetic to own, the top choice would likely be none other than Toona Fish. Despite its bland appearance, each clothing item and body part on the cartoonish outfit can be painted in an assortment of colors. Unfortunately, Toona Fish has become extremely rare to own, as it was only unlockable in the Chapter 2 Season 8 Battle Pass. To make matters more complicated, its color options could only be obtained by collecting Color Bottles on the season’s now-retired map.