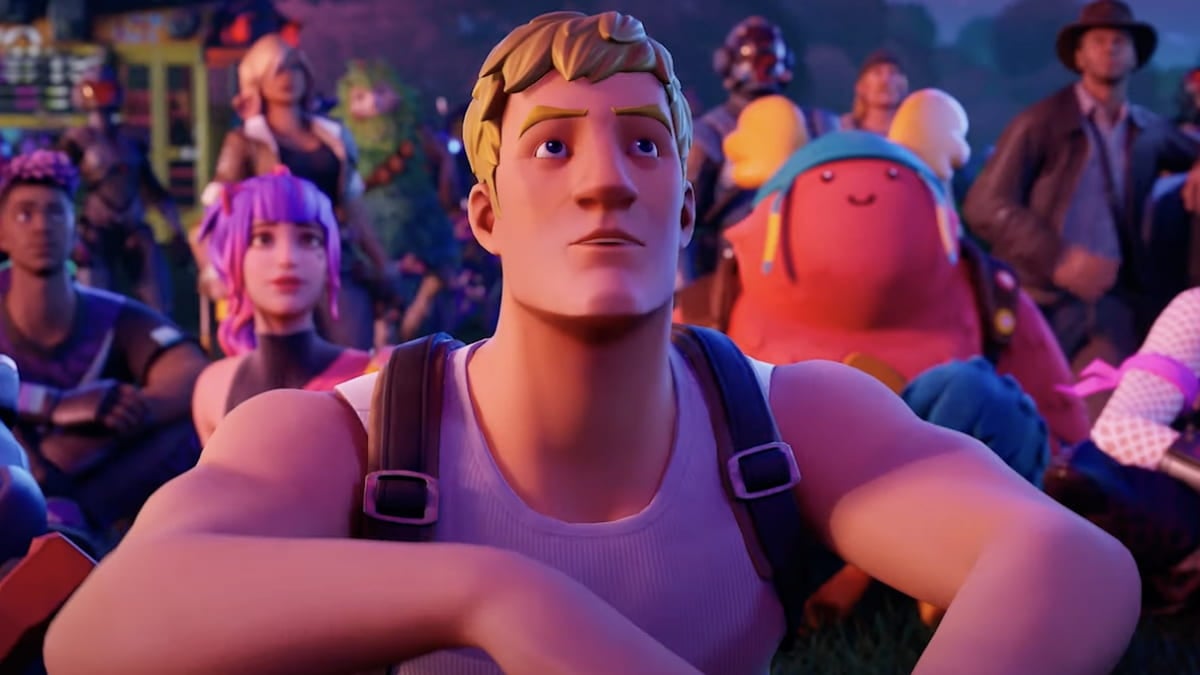 Fortnite players may see cosmetics rotate through the Item Shop every day, but that doesn’t mean every item in the game returns to the shop on a regular basis. On rare occasions, some skins can either go years without becoming available or may never return again. Those who purchase these cosmetics will certainly get their V-Bucks’ worth, as rare skins can cause opposing players to cower in fear or help gain the respect of teammates. Here are the top 10 rarest skins in all of Fortnite.

There’s no better way to highlight the rarest skins than by starting off with the first skin to ever be in Fortnite. Long before Battle Passes existed, players in Season 1 would have to reach Level 15 in the Season Shop in order to purchase Aerial Assault Trooper for 1,200 V-Bucks. The cosmetic was essentially the default Spitfire character featured in Save the World but had him dawning a fighter pilot helmet. Aerial Assault Trooper was last available almost 2,000 days ago, so players certainly shouldn’t hold their breath for this skin to return.

To celebrate the release of Avengers: Endgame in 2019, the game delivered a Black Widow skin to join alongside the rest of its other featured Marvel superheroes. Although it was believed to return once her own solo film arrived, the cosmetic has astonishingly gone missing in action. If there happens to be another Marvel crossover event anytime soon, Black Widow should be landing back onto the Item Shop for 1,500 V-Bucks.

Surprisingly enough, the battle royale wasn’t afraid to offer up its first console exclusive skin as early as Season 2 in February 2018. That is when PlayStation Plus members were gifted the Blue Team Leader skin, a cosmetic modeled after Ramirez which simply dressed her in a dark blue beanie. As basic as the outfit may be, it isn’t likely it will ever make its debut on the Item Shop.

There have been countless crossovers over the course of the game’s five-year span, most resulting in skins based on characters in other titles. Although a majority of these have returned to the shop once or twice, we aren’t very confident Borderlands’ Psycho Bandit will do the same. The item was introduced in Season X in August 2019 for 2,000 V-Bucks and has been absent ever since.

Some cosmetics simply go just one or two days on the Item Shop and then never return again. We can’t make sense of the tactic, but that’s why Sledge has become such an incredibly tough find. The Rare cosmetic is a fully armored juggernaut that was only up for sale on September 3, 2019, for 1,200 V-Bucks. Considering developer Epic Games hasn’t made mention of him since Sledge may be as good as gone.

With each major holiday that comes along, players can always expect older skins themed after them to come back for a limited time. Unfortunately, it doesn’t seem this rule applies to Snow Drift. The outfit first came to Fortnite on Christmas Eve of 2020 and then went on to shun the Item Shop a year later. There’s no telling if the skin finally drops in once more this holiday season, but hopes surely aren’t high.

One of the only cosmetics from Season 1 to return to the shop is Special Forces. Modeled after Renegade, the skin stunned players when it came back for a short time in early 2019 for 1,200 V-Bucks. But, as he has sadly found himself on this list, Special Forces’ one-time return may quite possibly be his last.

Most of the rarest skins are listed as Uncommon or Rare, but what about the rarest Legendary skin? Well, The Ice Queen holds the crown here, appearing for just two days in the Item Shop each year since 2019. It will run players a whooping 2,000 V-Bucks when made available again, but she also includes three different styles and the Ice Spikes Back Bling.

Skin collectors were heartbroken by the fact that the long-absent The Paradigm skin never found its way back to the Item Shop during Chapter 3 Season 2, despite being the star of its Collision Event. The Seven faction member came to the game in late 2019 as a Rare skin and has proved to be something far more valuable since. However, as she is currently an NPC in Chapter 3 Season 3, her skin may not be retired from the shop after all.

Diehard fans cannot forget when pro player Bugha shocked the world by winning the game’s inaugural World Cup in 2019. Though, something that went under the radar during this time was the release of a World Cup-themed Ramirez skin that went by World Warrior. Despite being of Uncommon rarity, the cosmetic hasn’t appeared in the shop since its introduction. If it returns, potential buyers can expect to spend a light 800 V-Bucks.

These 10 skins certainly hold a special place in the battle royale, but there is a whole other set of skins you’ll need to watch out for in-game. This threatening group of cosmetics is known as “sweaty skins” and has become synonymous with veteran players that have mastered every aspect of the game. The group even includes other rare skins, such as Aura, Crystal, and Elite Agent.