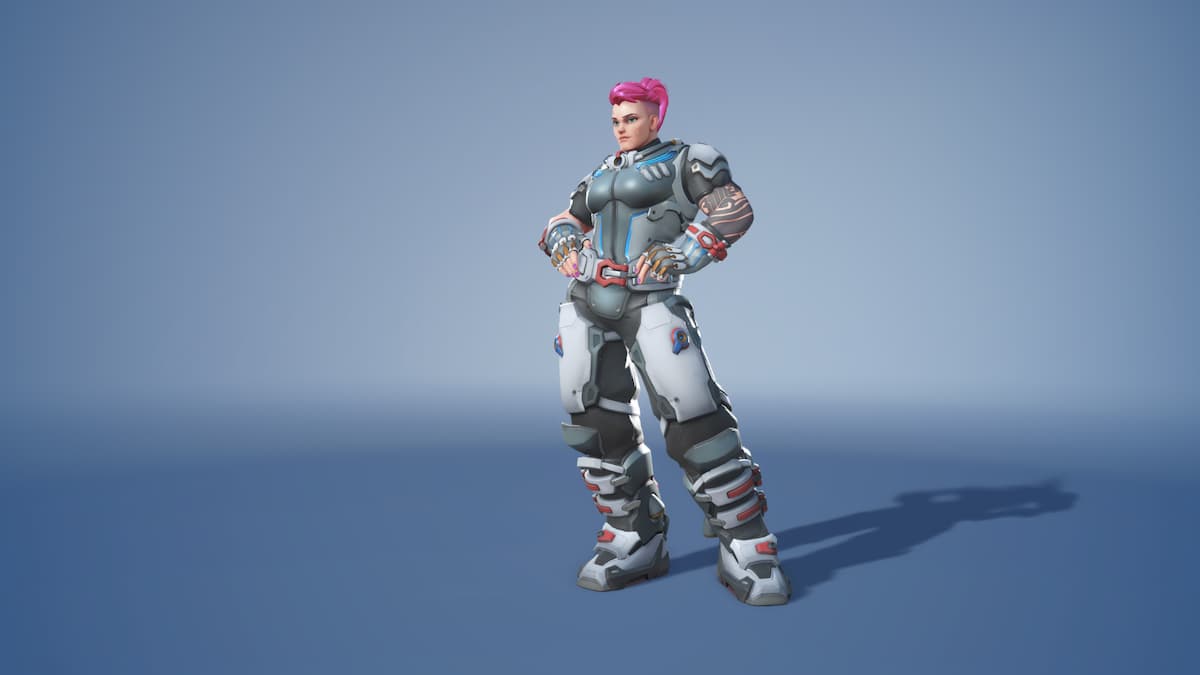 All legendary Zarya skins in Overwatch 2

All of Zarya’s legendary skins currently require the spending of Legacy Coins, and some of them are only available during specific seasonal events.

Like Red Sonja on protein shakes, this skin reminds us a little of Aloy from the Horizon series.

A warm furry skin colored white all over for camouflage in snowy environments.

Same model as Arctic, but with some black and green in among all the white.

Like the classic goth look, but with the garish colors to contrast with all the black.

This is the Cybergoth model, but apart from a few touches of red, the outfit is almost entirely black.

This is basically an Olympic wrestling singlet with a lot more padding.

Same as Champion, but in red.

Inspired by the Chinese god of the same name.

A suit of medieval armor with red and green trim.

Lots of lycra, a pair of sneakers, and a knee brace, because even Overwatch Heroes can get injured in the gym.

Manages to be cybernetic, but also a bit sporty and a bit punky at the same time.