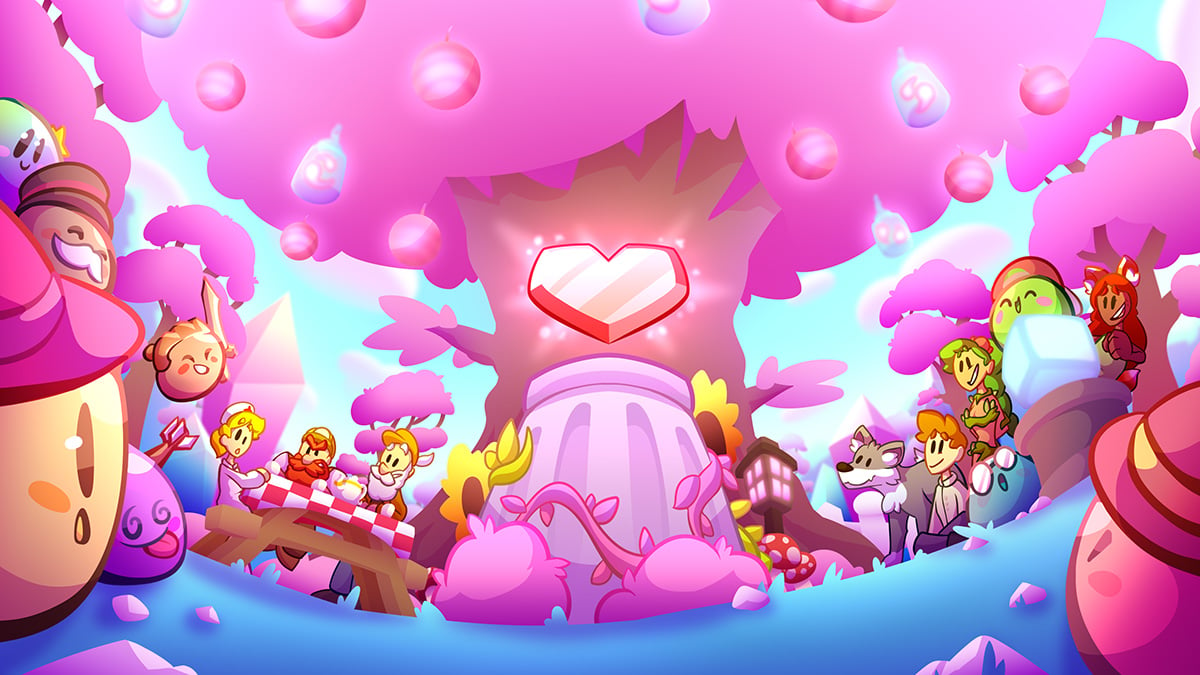 Terraria’s Labor of Love update has landed, proving that despite the developers’ hints with updates named things like “Journey’s End” and “Journey’s Actual End,” the game will probably continue to enjoy support for a while yet. Labor of Love focuses on quality-of-life improvements and bug fixes, but there’s still a host of new stuff added to the game for savvy players. Here’s what you can expect.

Related: All new world seeds in Terraria: Labor of Love update and how to play them

Players already had a few special world seeds that allowed them to control the style of a newly-generated world, but 1.4.4 adds three more to the roster. The “Remix” seed flips the world on its head, starting you in the Underworld and forcing you to dig upwards towards a ravaged Surface, while the “No Traps” seed promises a land that, as the name suggests, is free of nefarious traps. Perhaps the most intriguing of the new seeds for hardcore players is the “Everything” seed, which combines aspects from every single other seed — including the new ones added by Labor of Love — along with some extra new features and scaled-up difficulty.

Previous seeds have also seen some updates, such as tightening up the difficulty in the “For the Worthy” seed, adding spider caves and all catchable fish to the “Not the Bees” seed, and ramping up the deadliness of darkness in the “Don’t Starve” seed.

Labor of Love adds over 300 new items and new decorative and construction objects like walls, blocks, and paintings. Among the notable new additions are the Shellphone — which combines the functionality of the Cell Phone with that of the Magic Conch and Demon Conch — and the Terraformer, a beefed-up version of the Clentaminator that allows you to create or destroy swathes of biomes at will. Another nice novelty is Lilith’s Necklace, a mount summoning item that is only available in Journey Mode but which turns you into a wolf with an impressive jump height.

Also added is a Biome Sight Potion, which makes it easier to see tiles inflicted with an evil biome like Corruption or Crimson and subsequently purify them. New Crimson and Corrupt Mud Grass are related to this, which replace Jungle tiles infected with an evil biome and allow them to be restored to their previous condition if found. On top of all that, you can even get 8 new slime pets to add to your town.

UI and Quality of Life changes

It might not be the most exciting part of any new patch, but you’ll be thankful for the wealth of QoL changes added with the 1.4.4. update. For one thing, you can create up to three equipment loadouts now, assignable to the F1-F3 keys, which will add variety and flexibility to your adventures. Stackable items in your inventory now stack to an impressive 9999 items, and that’s before getting into the Void Bag, which has been overhauled to essentially act like a second inventory. Handy UI tweaks like extra functionality in the Bestiary and trackable player deaths for the more morbidly curious also feature.

Of particular note in changes to the game’s balance are some tweaks to boss fights. Several bosses have been buffed, including the Golem, which has had its health significantly boosted and its fists made unable to be deflected, Duke Fishron, which has also had its health buffed and its enraged state made faster and more deadly, and the Lunatic Cultist, whose projectiles have been beefed up to give you a bit of extra trouble.

It’s not all bad news, though — some bosses have specific issues nerfed to make things a bit more manageable. The Wall of Flesh, for example, will no longer give a third stat bonus to its Hungries after being whittled down to 25% health, while the Queen Slime and her minions have had damage reduced across the board.

A laundry list of bugs has been fixed up in the Labor of Love update and its subsequent 1.4.4.1 and 1.4.4.2 hotfixes. These range from the serious — several major crash issues have now been patched — to the irritating — Duke Fishron’s Cthulhunado no longer spawns immediately on the player, giving them no time to avoid it — to the mundane — several minor audio/visual issues have now been fixed. The full list of fixes and changes, along with those in the hotfix patches, can be found at the Terraria site.