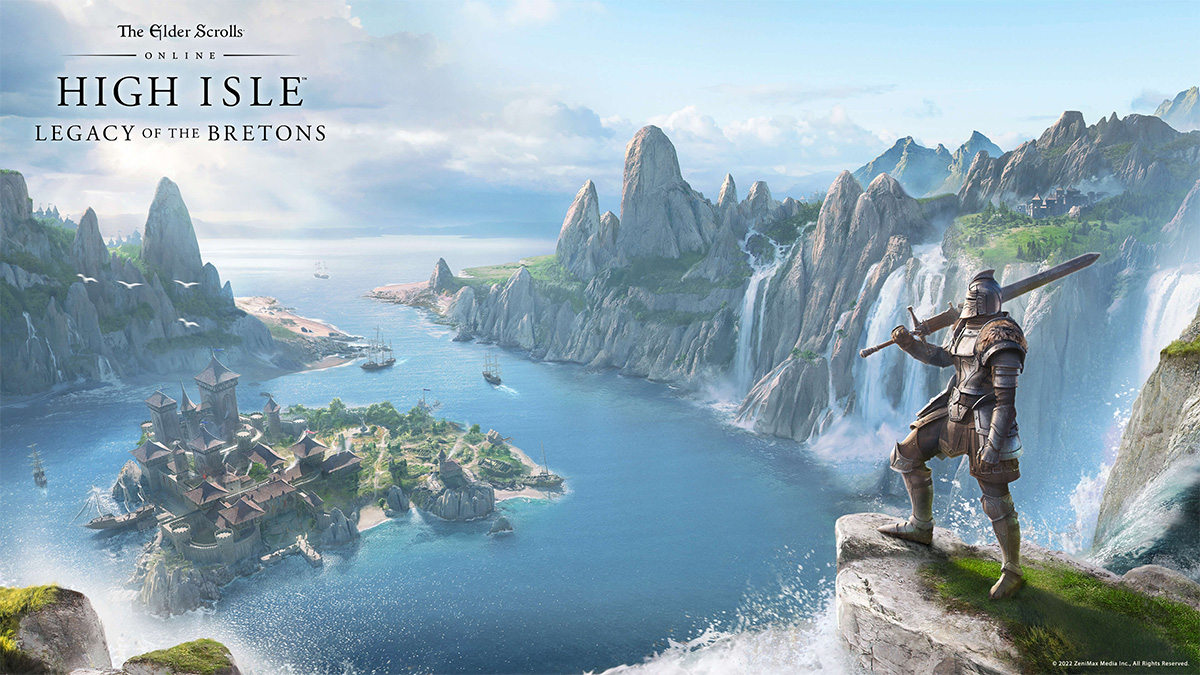 The Elder Scrolls Online just turned eight years old. As players are celebrating the anniversary of ESO, the team behind one of the largest MMORPGs in the world is gearing up for its new chapter. High Isle is the sixth chapter to come to ESO and marks the next phase in the Legacy of the Bretons year-long event. We have already seen the beginnings of this story unfold with Ascending Tides. Now players are being bestowed with over 30 hours of gameplay, new music, and more. Here’s everything we know so far about High Isle.

Where is High Isle?

High Isle has never been seen before in any Elder Scrolls game. There’s currently no lore around the location. During the Elder Scrolls Global Reveal, Rich Lambert, the creative director for ESO, said he the team spoke to Bethesda to ensure that the overall lore of ESO was given justice in this latest chapter. Lambert said they were given the freedom to do and try a lot of new things.

The new chapter, High Isle, is a region of islands off the coast of Summerset. Many of the monsters and creatures have taken on reef-like characteristics. Players will be able to find these enemies outside major cities.

Legacy of the Bretons and High Isle story

Unlike many other stories in ESO, Legacy of the Bretons focuses more on the ‘human’ aspect of Tamriel. Last year’s event, Gates of Oblivion for example looked more at Daedric gods and Deities. The Dark Heart of Skyrim, 2020’s year-long event, told the story of vampires and Darkstorms. This year, High Isle, looks at the Bretons and their history. The story is more about politics, secret peace talks, and human conflict. There are no demons and gods in the way of this story.

The new 12-person trial will also help push the story along, with pirate themes. This trial is called Dreadsail Reef Trial, where players need to defeat the Dreadsail pirates. Not much else is revealed about the trial yet so players will have to dive in and play the game.

Like other expansions, there is a ton of new items and consumables coming to the game. Throughout your journey in High Isle, there will be 10 new item sets and five new mythic items available to be collected.

According to Lambert, this is the number one most requested feature of the armory system since it was introduced in the Deadlands DLC. When High Isle releases, Mundus stones will be saved in the Armory along with all of your builds. Whenever you save a build, the stone you have active will be saved and can be swapped when you switch your build.

The highly anticipated Tales of Tribute card game is landing in ESO along with High Isle. This game will give players the chance to play against NPCs and other gamers. By playing Tales of Tribute, players can earn lots of rewards and improve their position on the leaderboard. Read our guide on all the things we currently know about this new minigame.

Lambert said he and his team are committed to ensuring the game runs smoother. With almost 21 million players, Lambert promised they are committed to quarterly updates and are providing support for all players. ESO players have been reporting long queue times for certain content as well as high lag, and prolonged loading screens. The new update is said to fix a lot of these bugs.

ESO is adding support for AMD FidelityFX Super Resolution (FSR), an upscaling technology designed to improve framerates while delivering a similar or better image quality. This technology works on nearly every card, meaning all players on PC will experience some level of performance improvement.

Players are also being treated to a new quick wheel select. Lambert said this was some inspiration from the team’s console friends. The new wheel segments the current quick select wheel. Now players can completely customize their wheels. Players can choose to have a single wheel just for emotes for example, or one specifically for consumables.

When is High Isle coming?

The new High Isle is the next story in the Legacy of the Bretons year-long event. The chapter will be available on June 6 on PC, Mac, and Stadia. Console gamers will have to wait until the game releases on June 21 on Xbox and PlayStation. Fans can preorder High Isle and gain immediate access to the Palefrost Elk Mount.

If you can’t wait that long, jump into ESO and play during the anniversary celebrations for additional experience points. Players can also look forward to the new two-person mounts, confirmed by Gina Bruno, the senior community manager to be hopefully released before High Isle is available.