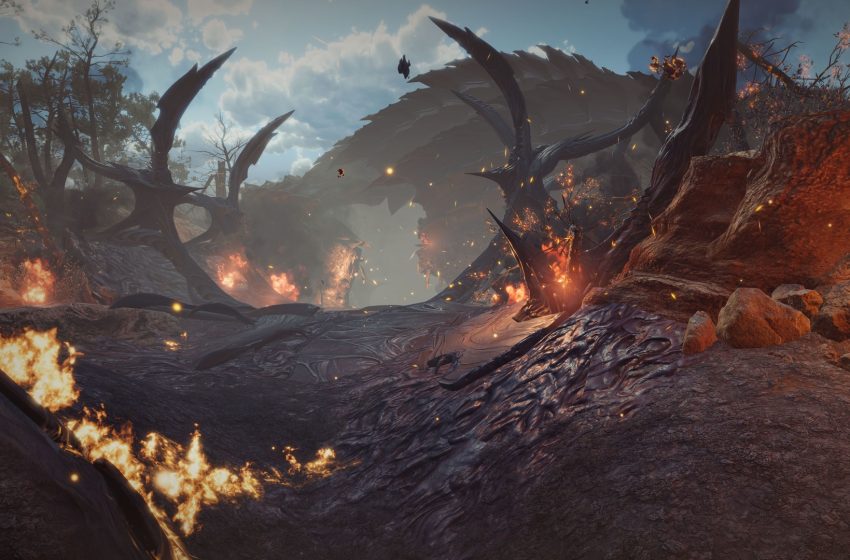 The event was full of new details for the epic RPG, where players will be facing the fearsome Illithid, also known as Mind Flayers. These squid-like horrors possess psionic powers they use to create thralls out of even the most intelligent of creatures. Here’s everything the live stream event covered.

At the beginning of the live stream, we see the ending of the full trailer first shown during PAX East. It turns out that the mind flayers that captured your character, and the other companions aboard their flying ship, attempted to escape the red dragons chasing them by diving into the first layer of hell, Avernus. The location, Avernus, features a constant war called the Blood War between demons attempting to escape to the other side against Devils trying to keep them contained.

Our character is in the middle of this environment, but that’s not the significant complication they’re dealing with.

During the trailer, our character is captured by the mind flayers. They planted a small worm inside of us, known as a tadpole. It’s how the mind flayers reproduce because they can’t do it naturally. Instead, they plant the tadpole inside of a creature and consumes their brain. Once their brain is fully consumed, they assume control of the body. Everything about the person is erased, and within a week, a fully born illithid was in its place. Usually, these tadpoles don’t survive the process. If they do, the large worm becomes a hungry predator known as a neothelid.

Vincke shared a new piece of content his team created a little over two weeks from when the stream took place. A team member at Larian Studios had the idea of turning an interactable object in the environment into a companion called an intellect devourer. It takes over a host’s body, and if a devourer has already taken over a host, someone may not know they’re speaking to one. The scene was something the team had thought up in short order, adding it into the game. The problem with it is that smaller details the team adds to the game, such as other companions acknowledging this change and making sure everything fits together.

It’s been one of the things holding up the release of the game’s early access, but it’s a good thing for players looking forward to a mountain of content for Baldur’s Gate 3.

The live stream mentioned how players could expect to face off against a Bulette sometime in Baldur’s Gate 3. The creature looks like a massively armored land shark that burrows underground. It’s capable of digging through the earth and then bursts through the crust, attacking players. It will be a fearsome foe to face off and could be a fun encounter when it does come up.

We learned a few more details regarding early access. Players will be able to create custom characters. There will be an online multiplayer, and you can play with a full four-player party. You won’t have access to split-screen, but it should be coming in the future. Everyone will be able to reach character level four. The team is hard at work attempting to fill up all of the development holes left in this area, but it’s been difficult due to the COVID-19 pandemic.

There’s going to be a lot of content in the early access content. There will be 80 unique fights, you can hear 40,000 lines of dialogue, and a variety of unique spells and actions you will have in your arsenal. You won’t see all of these pieces of dialogue or combat encounters in a standard playthrough because Baldur’s Gate 3 reacts to your choices as if you had a digital dungeon master guiding your adventure.

Familiars give you options

If your character takes up animal handling, you can gain the cantrap to accept a familiar; they gain control of an animal that you can pick to tame. It can be a spider, or a cat, or something small that won’t have a lot of hitpoints, but it does some decent damage. The real depth of this is how you can use it to distract NPCs and open up even more choices. For example, you can summon a spider to distract NPCs attempting to protect a door. While they’re looking away, your main character could sneak around to grab their objective.

Players who take their time, roll exceptionally well, and make it work, they can gain an owlbear. We saw a quick glimpse of this with the Panel from Hell stream with an owlbear mother protecting its cubs. Vincke detailed that a smart character might be able to recruit that cub, but did not show you the process of how that happened. Animal handling played a considerable part in it, though.

Spells? Plenty of spells, and talk to the dead

A lot is happening in Baldur’s Gate 3. The main talk of the Panel from Hell discussion has wrapped up, only digging at the surface of the vast amount of depth available.