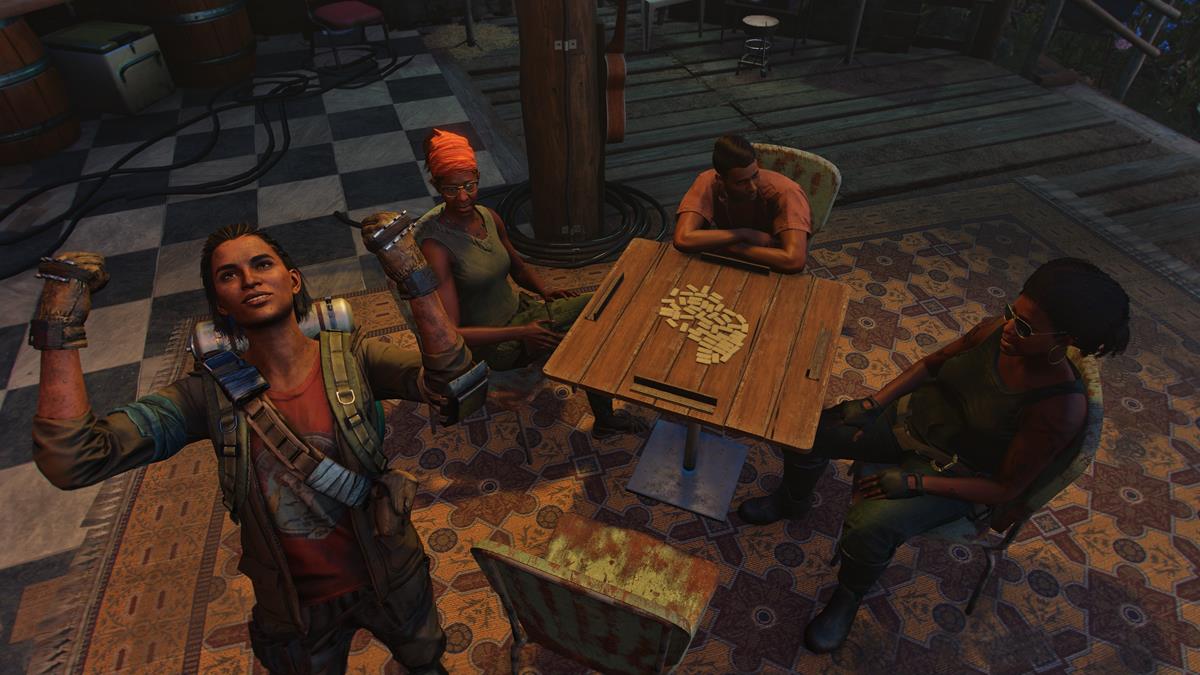 One of the minigames that you can play in Far Cry 6 is dominoes. All you need to do is head to El Este and complete the initial mission called Meet the Legends. Once you reach Patriotas Peak to conclude the quest, you’ll see an NPC named Ofelia who invites you to a match. Here’s our Far Cry 6 dominoes guide to help you win in this minigame.

At the start, only Civilian difficulty is available for the dominoes minigame in Far Cry 6. You can win 100 Yaran Pesos, and you don’t need to bet anything per match. Subsequent difficulties are unlocked as you win matches in previous modes.

Now, as far as the general mechanics go, four players, including Dani, are given a random set of dominoes. Players take turns placing down their tiles on the board. You can connect to either end as long as you have a tile that matches the values symbolized by dots/pips.

The interface automatically shows you which pieces can be used as they have a lighter color. Meanwhile, those that don’t have matches are automatically greyed out. You can see an example in the image below. We can either plop down tiles with seven dots or another one that has two dots.

If you don’t have a single piece that could be used, you’ll have to pass your turn. The game ends when a player has placed down all their tiles, or if all four players passed on their turns in a single round. In the case of the latter, the player with the lowest points (based on the symbols/values) will be declared the winner.