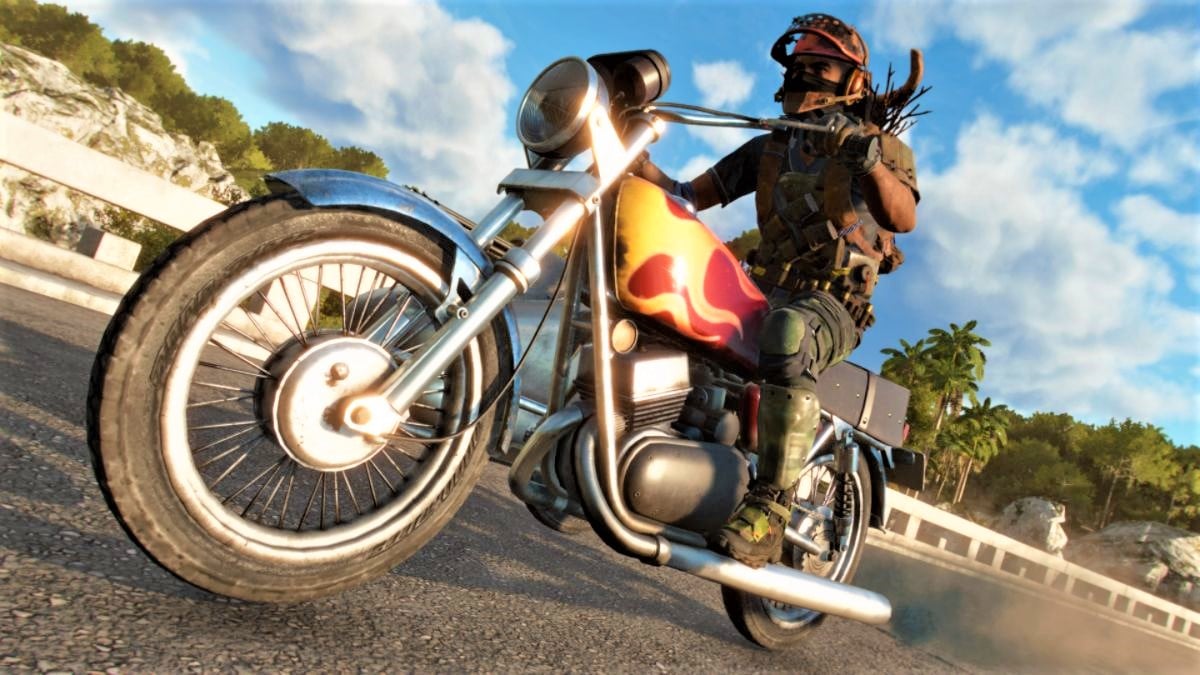 To get Danny Trejo’s motorcycle in Far Cry 6, you have to complete the Dani & Danny vs. Everybody mission. Juan Cortez will call to offer you the mission as soon as you start the game (any time after November 1).

Follow the map marker to find Danny Trejo at the Rey Del Diente Croc Farm in Barrial, Valle de Oro. The first thing he asks you to do is find the three ingredients for “the most lethal taco combo there is.” The ingredients are easy to find, but two of them are a little trickier to get. The fresh pineapples are on a shelf out in the open. The homemade salsa is in an enclosure with only one open door — near its southeast corner. The taco meat is behind a locked door. You can either drop down to it from the stairs or shoot the lock off through the fence.

Take the ingredients to Danny’s kitchen, then defend him from several attack waves while he prepares the delicious tacos. Each wave comes from a different direction, and there’s a helicopter at the end.

Speak to Trejo, then follow the map marker to his garage to get Danny Trejo’s bike. The bike’s sidecar is mounted with a machine gun, so this would be a good time to be playing in co-op. Once you’re on the bike, Danny will call you, and the mission will complete.

Currently, it’s not possible to save the bike. Nor is it possible to deliver the tacos or access the special operation that Danny Trejo mentions at the end of the mission. This unavailability is almost certainly because this part of the DLC has been released early by mistake. It is officially scheduled for release in December, so we’re guessing that it’s supposed to come out on December 1, and someone at Ubisoft accidentally put an 11 instead of a 12 in some code.