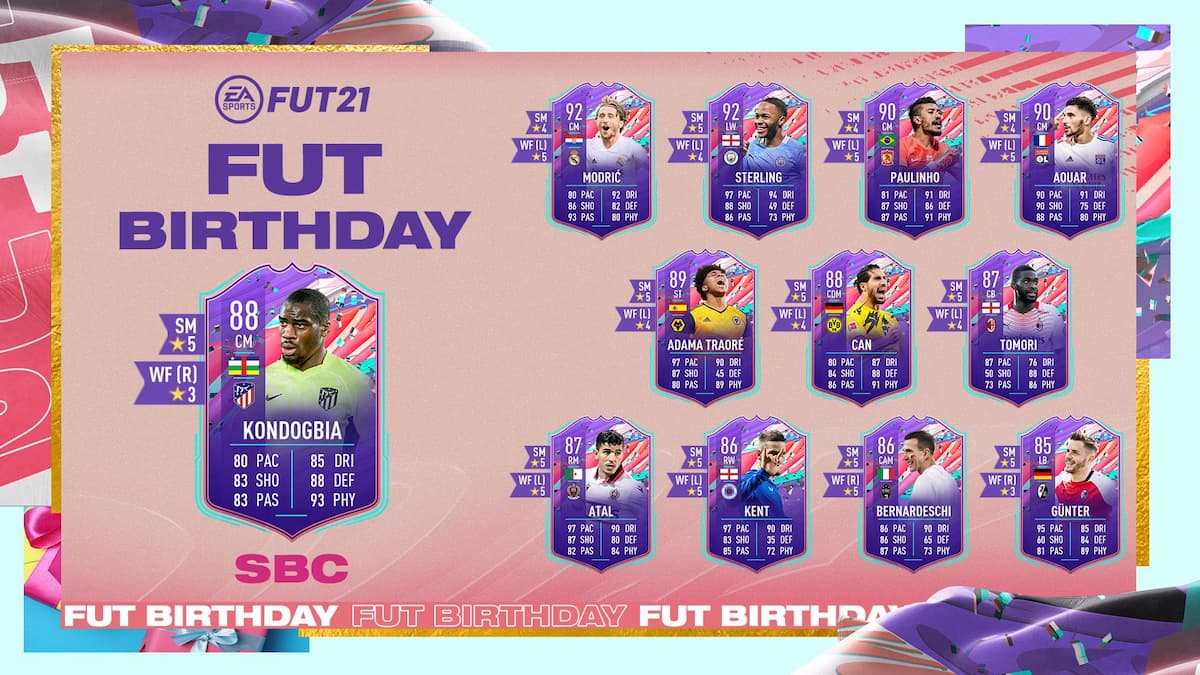 FUT Birthday is into its second week in FIFA 21, and on April 5, a brand new Squad Building Challenge went live. FIFA players can get their hands on a new 88 OVR player item of Atletico de Madrid midfielder Geoffrey Kondogbia. So, how can you get your hands on Kondogbia? Here’s what you need to do.

Much like the Mangala challenge that went live on March 30, FIFA players will need to complete two lineups of 11 players. Each has its own unique set of requirements.

The requirements for each of the lineups are as follows:

Card information via FUTBIN. This challenge expires on April 12.