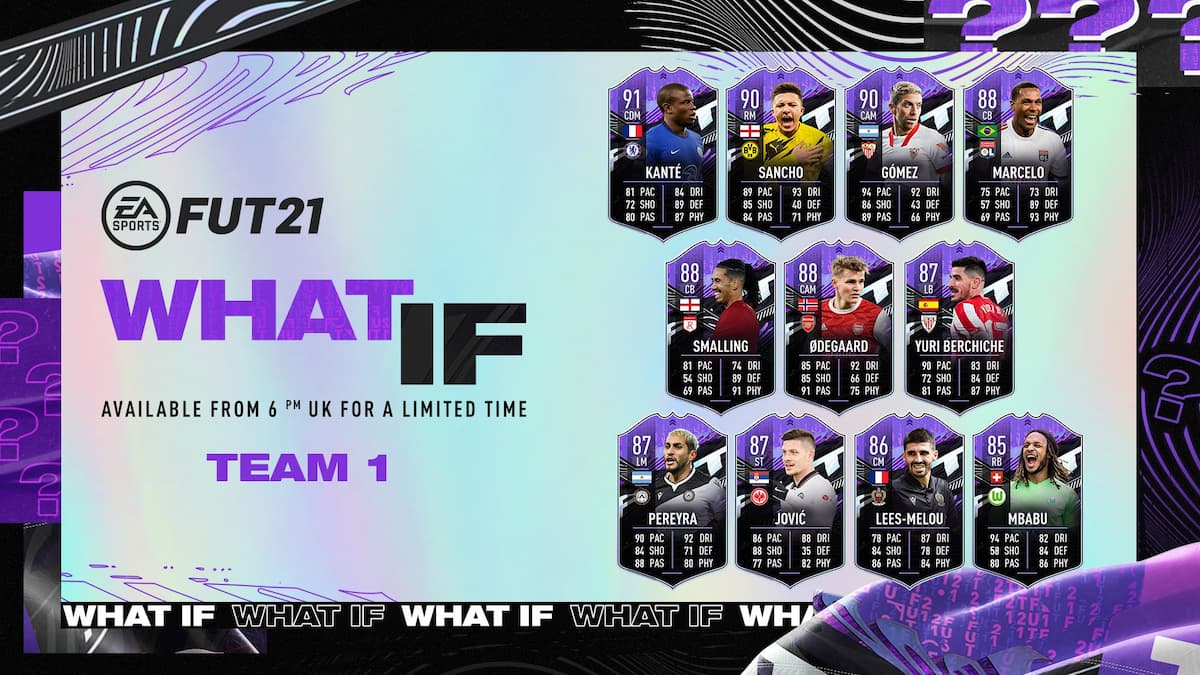 So, how should you complete this Squad Building Challenge? Let’s go over the requirements, plus some handy solutions to help you along the way.

How to complete Guaranteed What If Player SBC

For this Squad Building Challenge, FIFA players will only need to complete one starting lineup of 11 players. This lineup, set to the 4-3-3 formation, will need to meet the following requirements:

Chemistry is the farthest thing you’ll need to worry about with this SBC. Since the minimum is only 30, feel free to find as many cheap goalkeepers as you can to get this done, but within reason. After all, if you get just keepers, you actually might fail to hit the 30 Chemistry threshold. So, try to get at least two or three players that you can actually put at their primary position, just to meet the Chemistry requirement.

For this particular challenge, we recommend getting the cheapest 90 OVR and 88 OVR that you can grab, and then fill the rest of the squad with 83 OVR players.

Here’s one example of a lineup that could help you out:

Card information via FUTBIN. This challenge expires on March 14.