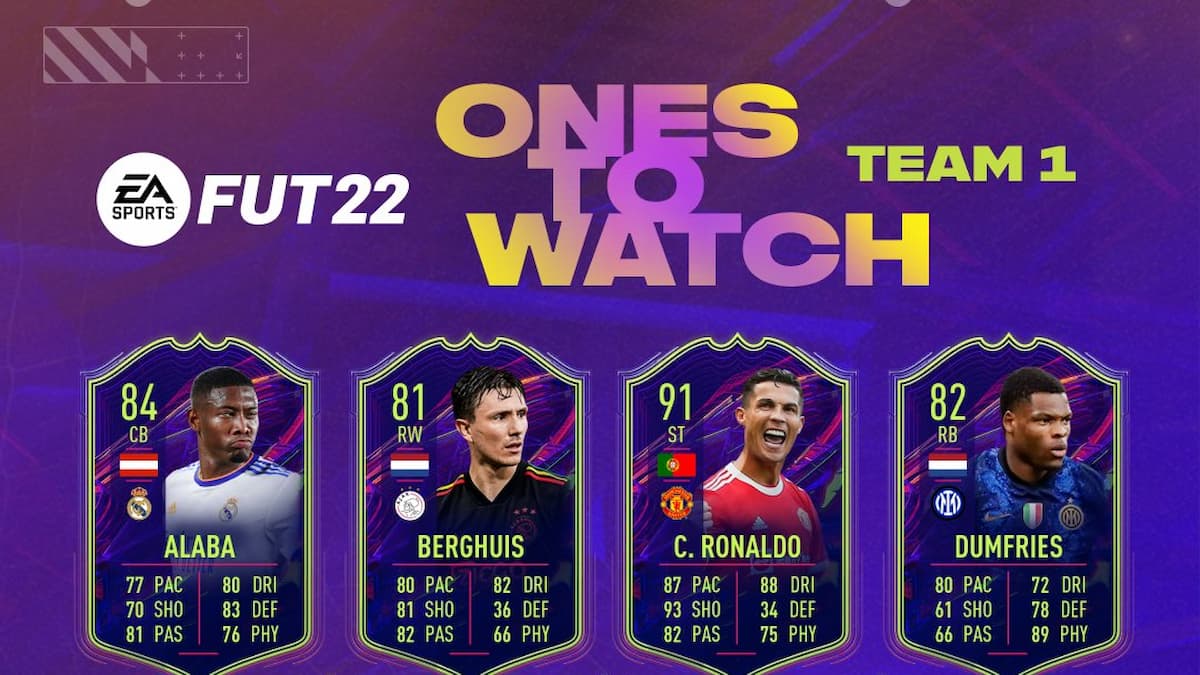 FIFA 22 is now live, and so is the first major Football Ultimate Team (FUT) promo of the year: Ones to Watch. Ones to Watch is back for FIFA 22, and it highlights players that have changed teams over the past few months. To celebrate these moves, EA has released special Ones to Watch cards. But what do these items do? Let’s go over the purpose of these cards.

Per EA, Ones to Watch (OTW) is a promo that highlights some of the biggest names that moved throughout the year in the transfer market. While most FIFA promos will include boosted player items that are several OVR points higher than the original base card, you should notice that these cards don’t have an OVR boost. In fact, to start out, these items will have the same stats as the base items, but that will most likely change.

Ones to Watch player items are dynamic and will change ratings based upon the highest-rated performance-based card of that particular footballer in the game. For example, Manchester United striker Cristiano Ronaldo’s Ones to Watch card will start the year out at 91 OVR, the same as his base card. However, unlike his base card, Ronaldo’s OTW card will increase in OVR should he receive an In-Form card at some point throughout the year, such as a Team of the Week or Man of the Match card.

Ones to Watch also has an additional twist in FIFA 22. New to FIFA 22 is a potential ‘Wins to Watch’ special upgrade. Starting on October 1, if an OTW player plays on a team that wins five out of its next ten domestic league games, that card would receive a +1 OVR upgrade.