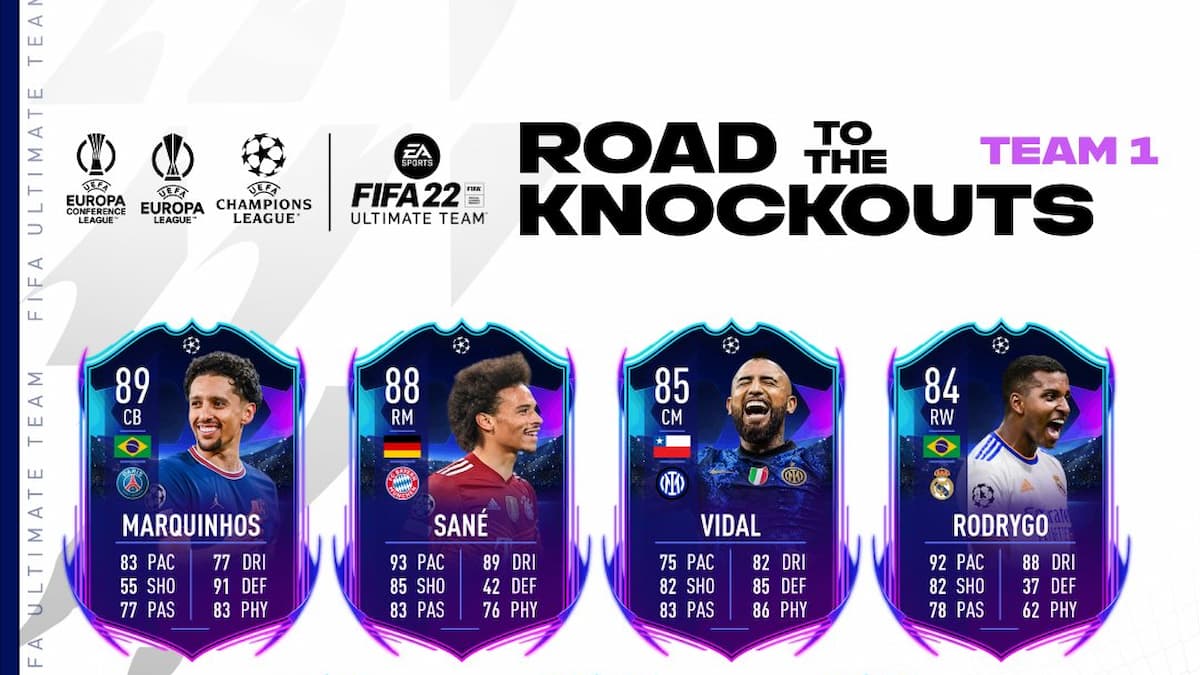 The  UEFA Champions League, UEFA Europa League, and UEFA Europa Conference League are in the midst of the group stages, and FIFA 22 players can follow along as part of the game’s latest Football Ultimate Team (FUT) promo. The UCL Road to the Knockouts promo includes a fresh batch of upgraded player items, and these cards can become eligible for further upgrades. What are the criteria? Let’s go over the information.

Per EA, UCL Road to the Knockouts cards are special live cards that have higher overalls than regular base items. However, these UCL items have the potential to receive several additional upgrades, should the players featured on those cards meet the requirements. In addition to the initial upgrade, UCL cards can be further boosted should one, or both, of the following requirements be met:

Road to the Knockout players do not need to play in any of these games for the listed team, in order to receive a boost. However, if a player’s team does meet any of the following requirements, but the player is no longer registered with the club, that card will not be eligible for an additional upgrade.

If a player team is knocked out of any of the tournaments (UEFA Champions, UEFA Europa, UEFA Europa Conference), that individual’s item will not be eligible for an upgrade. This does, per EA, include players who qualify for the UEFA Europa League by finishing third in their UEFA Champions League group.

Unlike last year’s Road to the Finals cards, Road to the Knockouts players are only eligible to receive upgrades for any activity that takes place in the group stages.