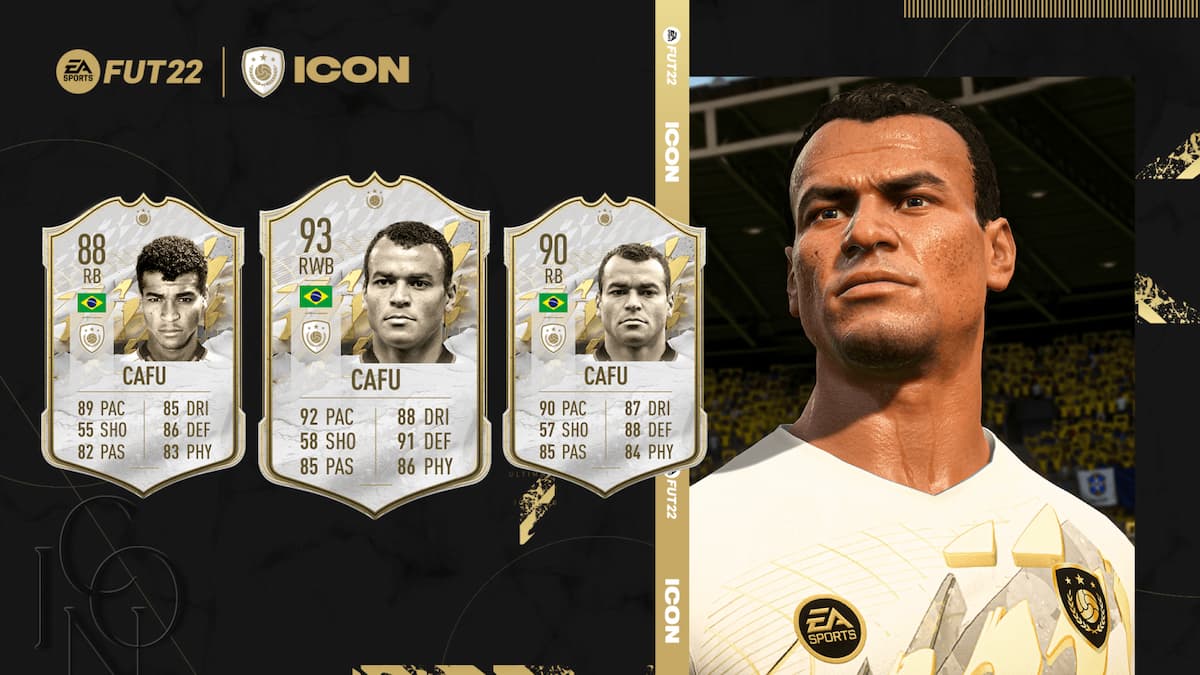 Every FIFA cycle, EA Sports adds new Icons to FIFA Ultimate Team. These are player cards of some of soccer’s most iconic stars. In FIFA 21, fans got a large influx of players, including Ferenc Puskas, Xavi, Fernando Torres, Samuel Eto’o, and Eric Cantona. Then, in the middle of the season, EA Sports added David Beckham to the mix. With FIFA 22, EA is only releasing four new Icons to start the season, but we could see them add more like Beckham over the course of the year.

The first Icon announced is the Dutch striker Robin Van Persie. His base Icon is coming in at 87 OVR, while his mid is 89 OVR and his prime is 91 OVR. It’s hard to say for sure until we get the game in our hands, but he looks like he could let some fans down with his lower-end pace. That said, for Arsenal fans, the thought of putting him and Thierry Henry up top has to leave them salivating.

Next up, is Iker Casillas, who manned the goalposts for Real Madrid for 16 years. Considering one of the greatest keepers in the history of the game, the Spaniard’s inclusion certainly isn’t surprising. His base card also starts at 87 OVR before moving to 89 OVR for his mid and then 92 OVR for his prime. Goalkeepers are always weird in FIFA, so it’s tough to say how effective he’ll be, but having those Icon links in between the sticks is always helpful.

The third new Icon we know about is the Brazilian Cafu. The two-time World Cup winner has been rumored for years. His base card slots in as an 88 OVR right back, while his mid sits at 90 OVR and his prime is 93 OVR. He has top-tier pace to compete with fast wingers and possesses great stats in everything but shooting. If you can get him into your club, you’ll be sitting pretty for quite a while.

The final new Icon in the class of FIFA 22 is none other than Wayne Rooney. The pacey striker was a dynamo for club and country throughout the last two decades. His base card only comes in at 86 OVR, while his mid and prime sit at 88 OVR and 91 OVR respectively. That relatively low OVR rating hides some juicy stats that are sure to make him a popular option. Some will argue that he’s been hard done by EA’s ratings team, but even his base card has arguably better stats than someone like Van Persie’s mid card. It’s safe to say, that Rooney is going to be many players’ go-to option as soon as they can afford him.