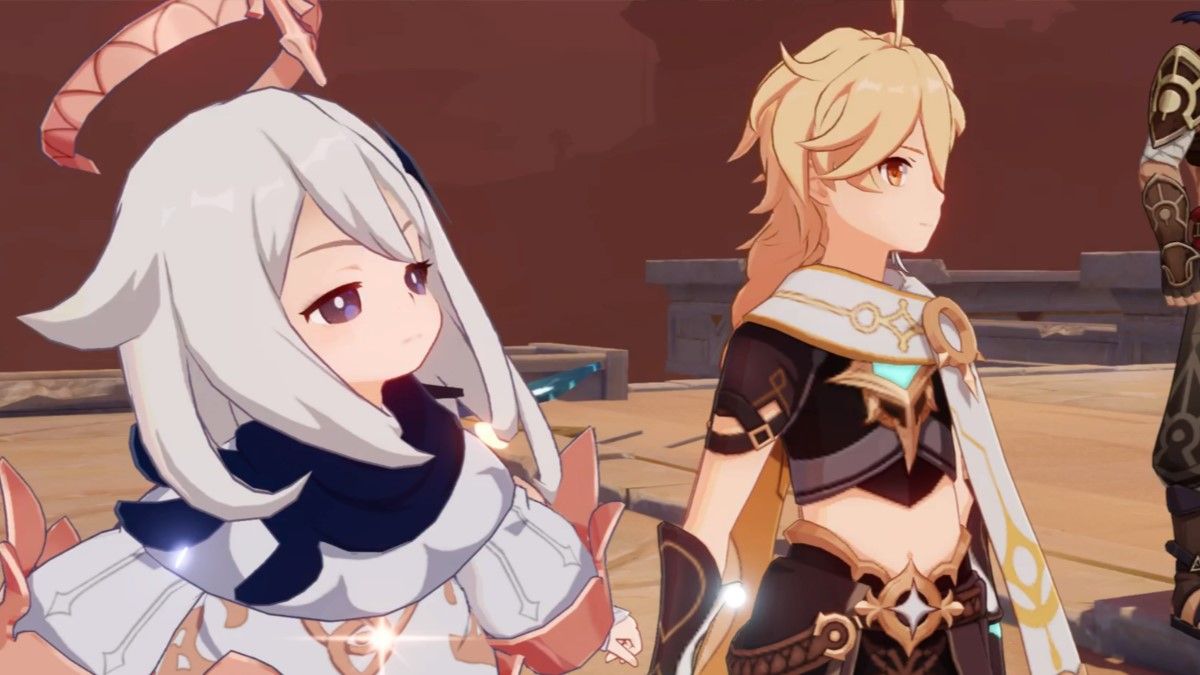 Related: Genshin Impact: Xiphos’ Moonlight – how to get it, stats, and ascension materials

How to open the coffin

Once you complete An Introduction to Indoor Archaeology, follow the marker into the secret passage and ride the elevator up. Follow the marker to the entrance of King Deshrel’s Mausoleum, then go inside and defeat the enemies. Continue to the chamber at the far end, where you’ll find the coffin.

Go through the doorway in the south wall, and follow the passage around to the right. Turn right again, and you should be in a room with two closed doors and a fan on the floor on the far side. Stand on the fan, wait for it to start, and then glide up to the first floating cube. Release it, then follow it into the burial chamber until it lights up the first big pedestal.

Go north again, and turn right at the radiating tower. Turn right again and use the Four-leaf Sigil to get up to the next floating cube. Release it, then follow it back to its large pedestal in the burial chamber.

Go south, then turn left and defeat the enemy. Use the Four-leaf Sigil to get up to the final floating square on the north side of this chamber. Follow it into the burial chamber until it opens the coffin.

How to find Benben

Follow the marker to the elevator, then ride it up. Turn right at the top, then go up some stairs. After you get knocked out cold, go through the door in front of you and help defeat the Fatui. Follow the markers a long way through tunnels and caverns until you reach a Teleport Waypoint and stop for a chat. Use the Teleport Waypoint, then drift down to the Fatui camp for some more talking, followed by more fighting. Defeat the Fatui to release Benben.

How to proceed deeper within the ruins

After the emotional reunion: