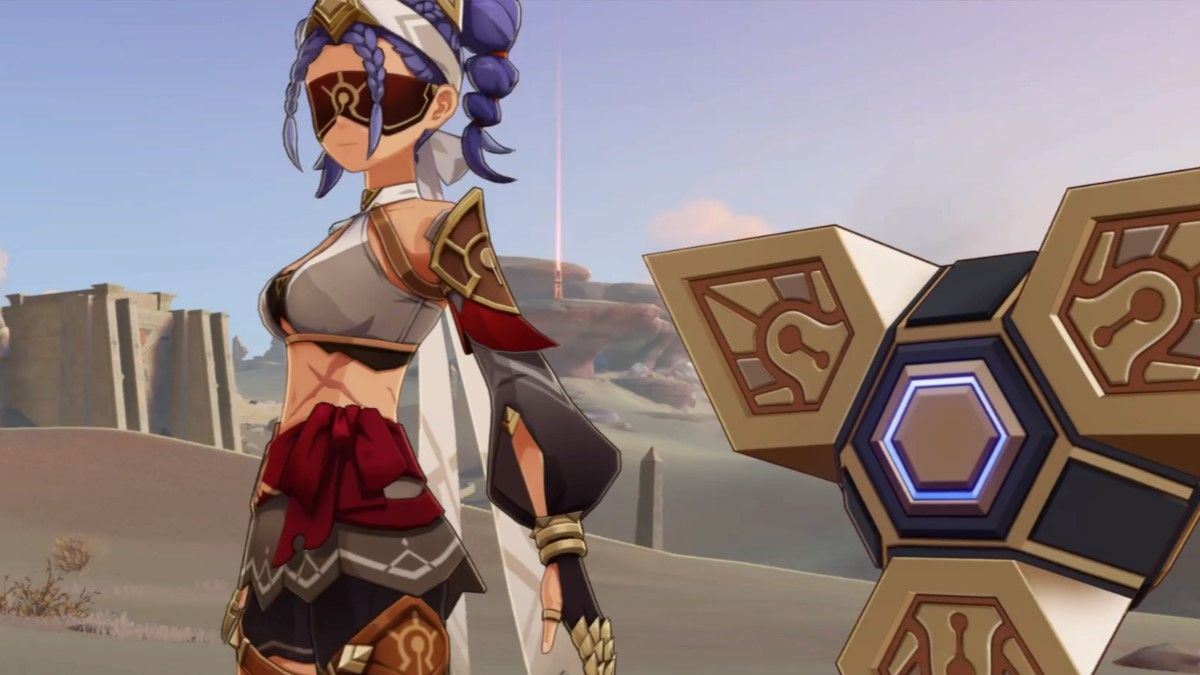 In Genshin Impact, An Introduction to Indoor Archaeology is the second quest in the Golden Slumber World Quest series. It starts automatically as soon as you escape Abdju Pit at the end of the Lost in the Sands quest.

Related: Genshin Impact: Key of Khaj-Nisut – how to get it, stats, and ascension materials

How to get to Khemenu Temple

When you complete Lost in the Sands, you’ll be close to Sobek Oasis, where An Introduction to Indoor Archaeology starts, so follow the marker to get there. After setting up camp, use the vertical air column to the west of camp to the top of the plateau, and talk to Jebrael. Glide back down to the campsite, and swap some stories and songs around the campfire. After more chit-chat the following morning, you’ll finally be ready to investigate Khemenu Temple. Follow the marker to the temple’s front door, and watch in awe as Benben opens it.

How to proceed deeper within Khemenu Temple

Enter the temple, then open the door on the left of the second chamber and go down the stairs. Defeat the Primal Construct, then release the mysterious floating cube and follow it back up the stairs, where it’ll secure itself in a different pedestal. Release it again, and follow it until it lights up one of the large pedestals in the main chamber.

How to unlock the rooms located deep within Khemenu Temple

Go through the door and down some stairs, activate the Teleport Waypoint, and continue along the tunnel. After another few minutes of absolutely essential exposition, go back the way you came, and go through the now-open door to the north. Follow the corridor (if you fall through the disappearing floor, just follow the Seelie back up), then enter the chamber on the left. Climb the large structure in the middle of the chamber and flip the sandglass. You don’t need to complete the Challenge to progress, but flipping the sandglass creates Four-leaf Sigils that you can use to get up to the floating cube high on the west wall. Release that floating cube, then follow it to the door in the south wall. Release it again, then follow it until it lights up the first large pedestal in the chamber beyond.

Head east back to the Teleport Waypoint, then turn right and go up the stairs to the south. Follow the tunnel until you reach a chamber with a large boat displayed in its center. Use the Four-leaf Sigils to get up to the very top of the boat, collect the floating triangle, then take it to the square inside the boat. Release the floating cube that appears, then follow it to a chamber where it will secure itself to a small pedestal and activate a kind of wind tunnel. Wait for the wind to stop, then release the floating cube and follow it to a door. Release it one more time, then follow it to the second large pedestal to unlock the deepest reaches of Khemenu Temple. Ride the elevator down, then go to the marker to complete the quest.