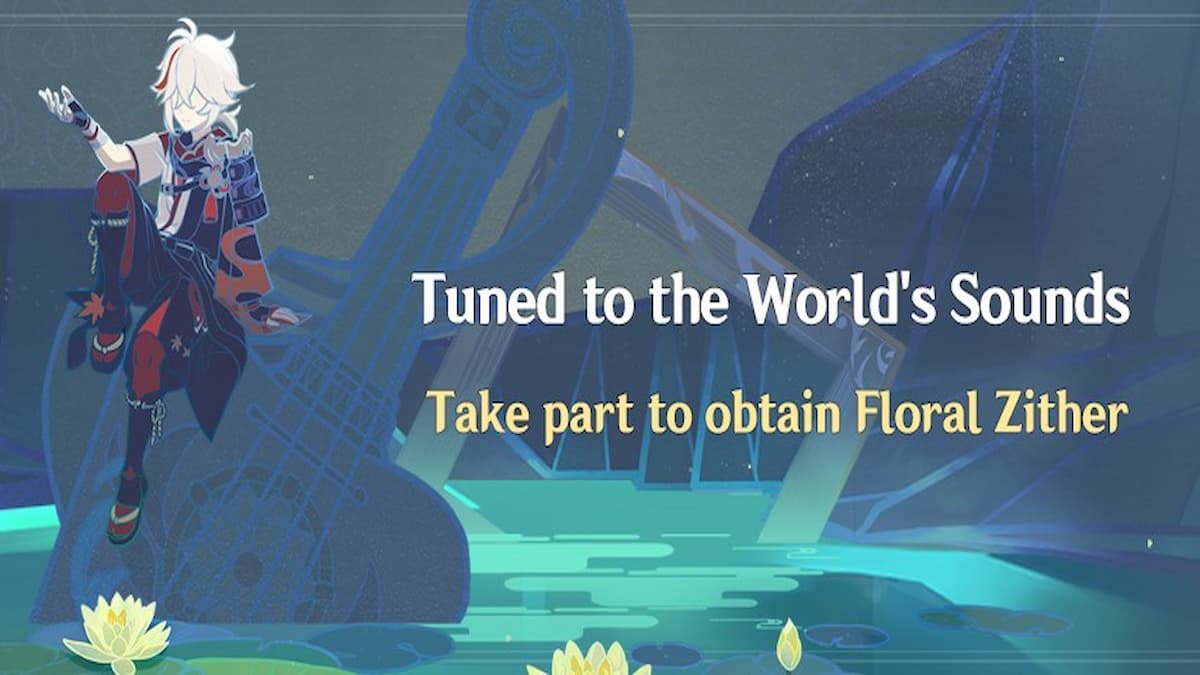 miHoYo has announced a brand new event called Tuned to the World’s Sounds to be made available as a part of the Genshin Impact 2.2 update. In this event, players need to play music at different locations using the instrument given by Kazuha to obtain various rewards, including Floral Zither, Primogems, and more.

The Tuned to the World’s Sounds event will begin from October 15 and run until October 25. Players having Adventure Rank 30 or above will be able to participate in it after completing the Archon Quest “Wishes.”

Players will first have to complete Kazuha’s special commission when the event starts to get an instrument from him to play musical pieces together with other characters.

There are a total of seven pieces, and a new piece will unlock each day for the first seven days of the event. Each performance is split into Normal, Hard, and Pro difficulties that players can unlock while playing. If you are struggling to play the instrument, be sure to read up on the mechanics of the Floral Zither.

Players will have to play the pieces at different designated locations to gather scores that will reward you with the gadget “Floral Zither,” Primogems, Talent Level-Up Materials, Hero’s Wit, and other rewards.