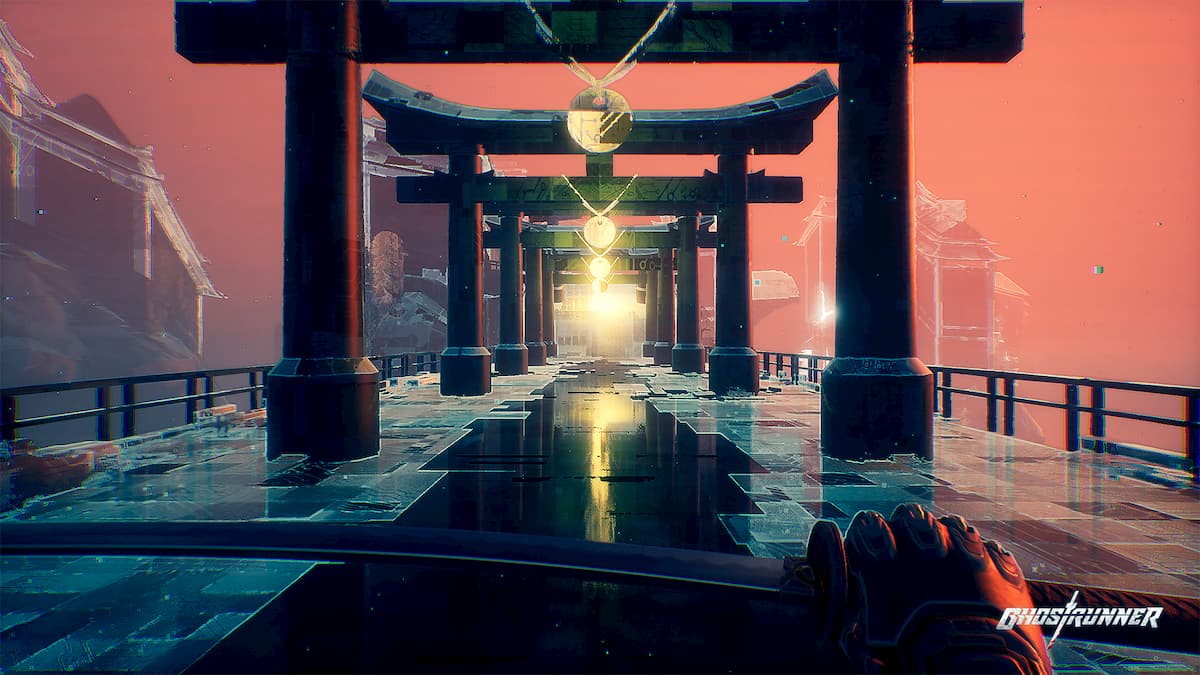 Cybervoid puzzles are an interesting element in Ghostrunner. They give players a much needed break from the fast-paced gameplay, and at the same time add a lot of variety in the game. The Reign in Hell level is quite annoying at first, thanks to the introduction of the Wreck enemies. However, players are rewarded with a new and very useful ability in the end, that is, Overlord. To get the ability, you need to solve the Cybervoid puzzle in that level.

The first part of the puzzle is quite easy. You just need to pick up the four orbs. The first two are located on either side of the bridge where the level starts. The next two can be obtained by going inside the two gates on either side of the main door. Once you have all four orbs, head back to the main door and it will get unlocked. Jump on the orange booster to reach the next segment.

In the next segment, you need six orbs. The first orb will be just in front of you, as soon as you drop down. From there, head to the door behind you to get the next two orbs. Keep following the path until you have collected four orbs. Once you have that, traverse the path until you reach a place with an L-shaped bridge. You need to drop down from there to the platform below to get the 5th orb. From there, keep following the path once again, and you will get the final orb just in front of the main door, and it will get unlocked as well.

Use the orange boosters to proceed to the next segment. Here, you need five orbs to unlock the door. The first orb will be right in front of you, while the second orb can be found by going through the door just behind you, across an orange bridge. Once you have the second orb, head back and go to the door on the right from where you found the first orb. Here is where things get a bit tricky.

You will reach a dead end, but you need to jump from the platform to the one below you, by vaulting over the railing just behind the broken bridge. This will get you the third orb. Head to the door in front of you and you will get the fourth orb. Just beside the orb will be a green switch that you need to activate. Once that’s done, head back to the broken bridge by simply following the path back.

You can now cross the bridge and jump to the platform in front of you. Get the sixth orb and keep following the path to reach back to the broken bridge. Head back to the main door and you will see that the door has been unlocked. If you are having a hard time finding your way back, just kill yourself by vaulting across the railing and you will spawn in front of the main door. Proceed to the next segment and finish the Overlord tutorial to finish the mission.