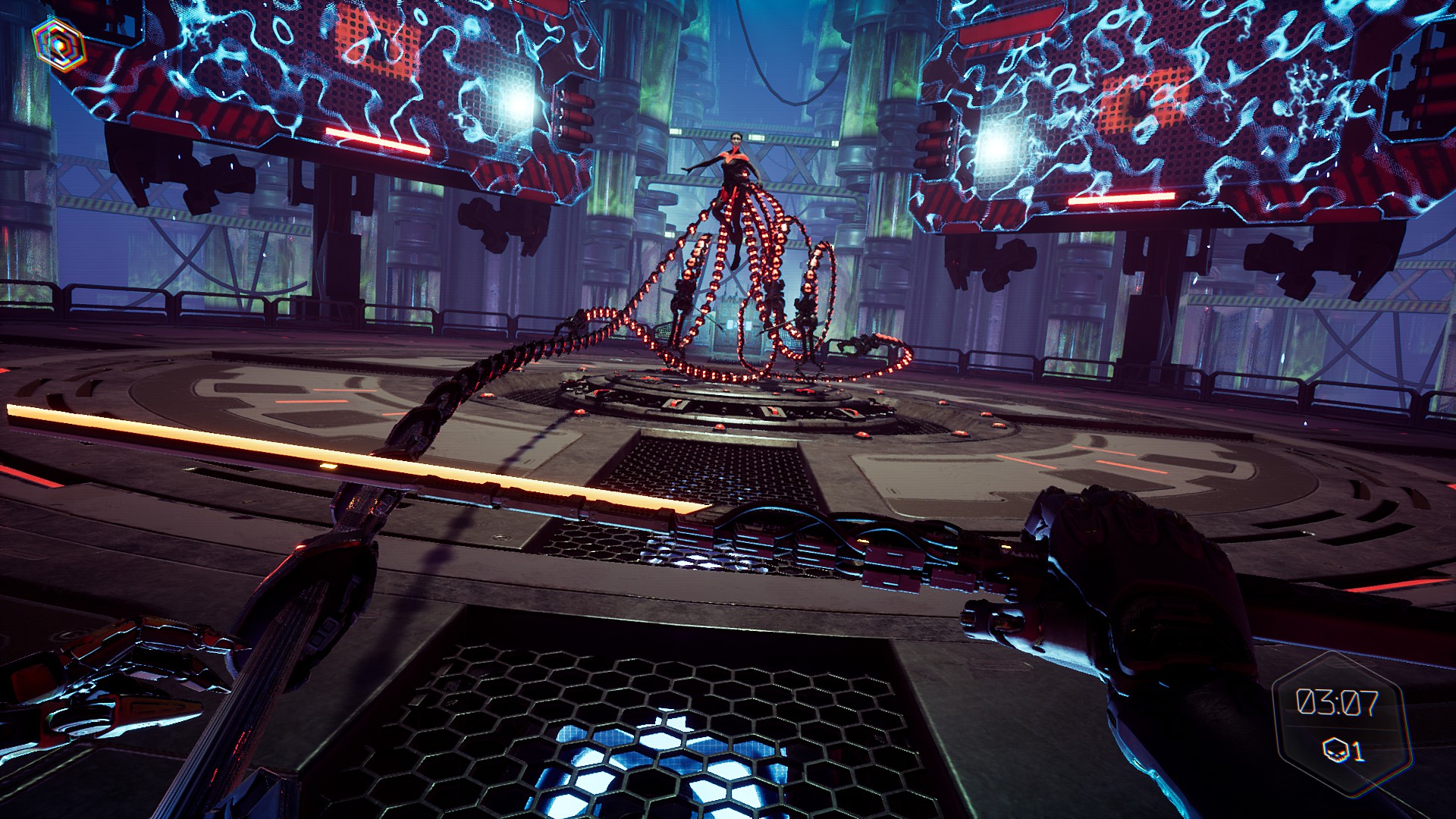 Mara is the penultimate boss in the game, and unlike the previous boss fights, it is quite easy. The battle takes place in The Summit level, and you need to just traverse across a few platforms before the encounter takes place. During the encounter, none of your abilities except Dash work in this segment.

Mara has a total of four attacks that you need to learn to avoid. There is a slide attack that can be evaded by simply jumping. She also slams and grabs with her arms, which can be avoided by dashing sideways. The final attack is the grounded wave attack, which again can be avoided by jumping.

The next segment is pretty much the same, but she gets has two new attacks this time around. In the first one, she electrifies a portion of the field, so you just need to hop to a safer portion. In the second one, the whole field gets electrified, so you need to keep grappling onto the red boards above until the field returns back to normal. Wait for her to trap her arms again and hit her.

The same strategy can be followed for the final part, but she gets a rotating electric field this time around. Keep avoiding it and wait for the right moment to strike her back again. This should defeat Mara, and you can head on to the final boss fight, the Architect.