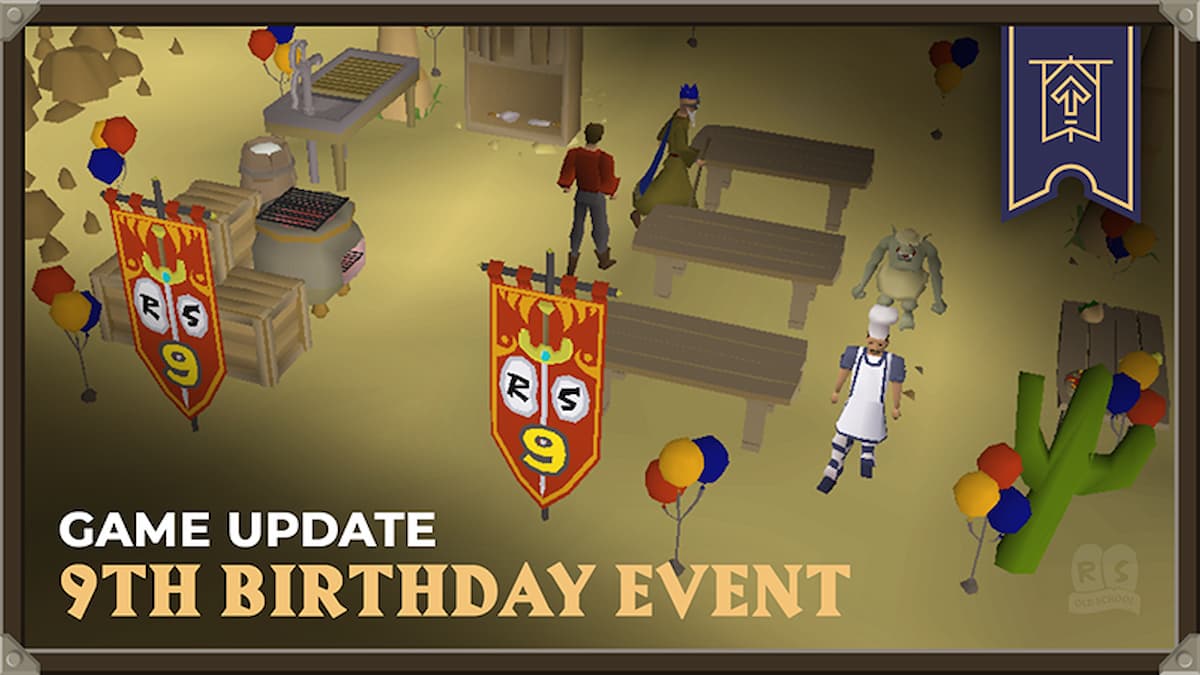 With the ninth anniversary of OSRS approaching on February 22, developer Jagex has put together a brief event to celebrate the version’s longevity. Most notably, however, the company based the event within the desert city of Al-Kharid, the gateway to the deeper Kharidian desert. Given that a major desert expansion is due on the horizon in early 2022, including the fabled Raids 3 — Tombs of Amascut — Jagex seems to be treating this event as a slight teaser for what’s to come for the old new MMO.

But for now, players can treat themselves to a festival of fishing, cooking, and good old-fashioned treasure-hunting.

Arnav, waiting outside of the bank west of Al-Kharid palace, hid a chest full of valuables somewhere within the city.

In a series of hints reminiscent of the clue scroll system, he challenges the player with solving a series of 3 riddles to figure out where this chest is.

Approach the four statues guarding the central fountain in the courtyard of Al-Kharid palace. Perform the dance emote, and the second clue will reveal itself.

This anagram refers to Ranael, the owner of the plateskirt shop southeast of the palace. She will give the player the third and final clue when spoken to.

Zeke, the scimitar salesman located north of the palace, sells bronze, iron, steel, and mithril variants of the sword. When spoken to, he presents the player with a secondary challenge: count every balloon in and on his house.

Remember to count each balloon on a singular three-balloon prop as an individual balloon. By this logic:

Larry is located by the oasis far north of the palace, near the gate to Al-Kharid. He oversees the fishing competition and will provide the player with the fishing gear necessary to participate, but he will neglect to tell the player that nothing can be caught in the oasis.

Big Dave, a fellow fisherman in the competition, will recommend buying specialty bait from Ali Morrisane, a merchant located due east of the oasis.

When inquired about the bait, Morrisane will agree to barter in exchange for trade reports from spymaster Osman. Take note, however, of Morrisane’s three crates around his stand. Osman will use this information as a security question.

My Arm the troll is organizing and judging a cook-off, for which he demands something “exciting,” “exotic,” and,  quite ostensibly, “not boring.”

Where the Cook claims his pizza was exciting, but not exotic enough for My Arm’s tastes, and the Wise Old Man’s banana was exotic but too simplistic to be interesting, the only correct course of action to cook something exotic and exciting would be to combine the two into banana pizza.

At the suggestion of Hans, it’s also best to intentionally burn the banana pizza, just so the final product better appeals to a troll’s tastes.

Related: When does the female Berserker release in Lost Ark?