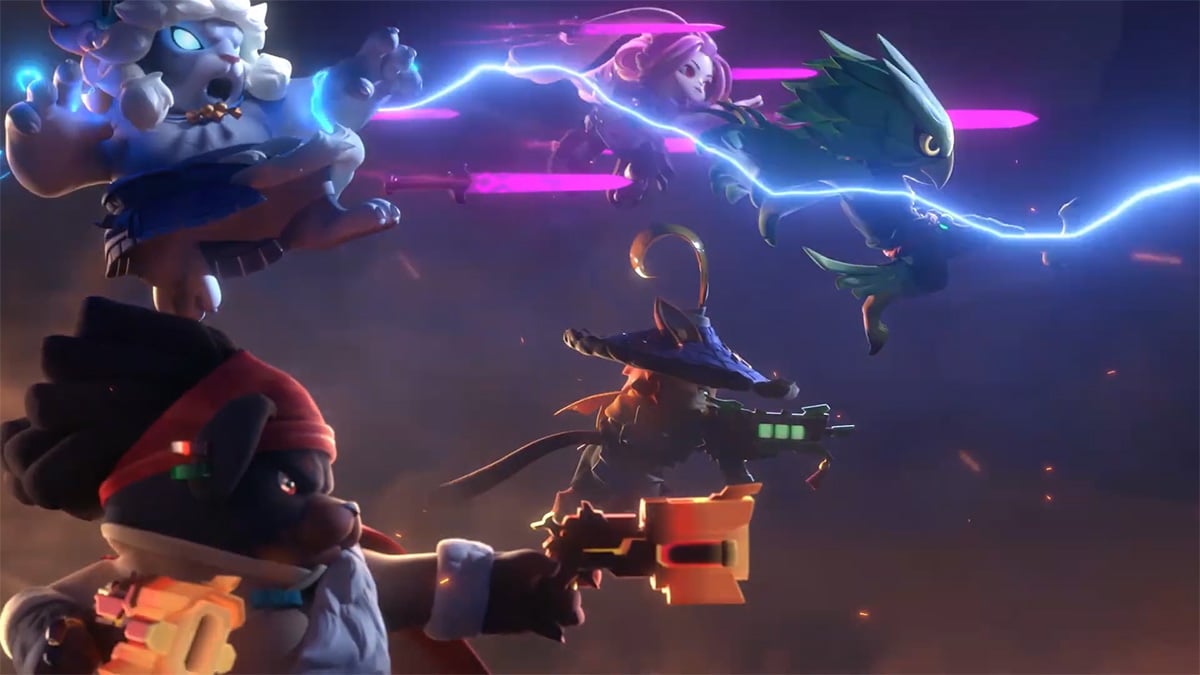 The FPS roguelite Gunfire Reborn tasks players with surviving multiple stages of fantastical enemies and bosses with a slew of powerups and unique characters to help balance the odds in your favor. With six different playable characters thus far, the question for newer players is mostly the same: which character is strongest?

It’s worth noting that almost all characters have a playstyle that shines brilliantly when matched with the appropriate occult scrolls and weapons. No heroes within Gunfire Reborn are considered weak in all scenarios — some will have playstyles that simply won’t mesh with how you prefer to clear, however. As long as you can hit your shots, you can clear the game, but some players may have a differing tier list due primarily to how the game is balanced.

The six heroes of Gunfire Reborn

Gunfire Reborn has six heroes that specialize in various combat aspects. All players begin with the Crown Prince unlocked, and other characters must be either gained with talent levels or purchased using Soul Essence gained from prior runs. There is a ‘standardized’ unlock queue for these heroes, dependent on the cost to unlock.

From worst to best, here’s our ranking of each hero.

Lei Luo is a long-distance hero that works best with sniper rifles. It comes at a cost — Lei Luo has low health and shield, countered with a high base speed. Lei Luo’s two abilities supplement his distance: Fatal Current doubles damage of a singular shot with an additional 1,200 thunderbolt summon, and Chain Lightning can help thin the mobs with a single bolt of lightning that bounces between enemies to clear closer foes.

Among the six, our experience with Lei Luo puts him in the back of strength. Many enemies, across all stages, prefer closing the distance to the heroes. Even with Lei Luo’s Chain Lightning, later difficulties increase enemy spam to the point that clearing rooms primarily with a sniper is a heavy ask, if not outright implausible. If you’re playing with others, and you can hit your shots consistently, a Lei Luo comes into his own with strength.

Typically the second character unlocked, Ao Bai can be lethal if the proper scrolls and ascensions drop. If the needed drops aren’t there, he can be a liability rather than an accessory. Players typically want to combine quick-firing, single-handed weaponry into both weapon slots for usage with dual-wielding, and after clearing the second stage both weapons should match Gemini inscriptions for additional power. This typically places Ao Bai in the front of the battle, dodging and weaving between foes while maximizing damage output.

The issue is that Ao has very low shields, and even a high default health value isn’t enough to mitigate the eventual one-shots that this hero will take in late-game difficulties. Some ascensions will lessen the damage taken by this hero — the Veteran tree (combined with the natural heal-per-second of the Dual-Wield ability) can keep Ao in the fight far longer than others. He’s a build-heavy character at the end of the day: if the drops aren’t there, the character takes a prominent background role to others.

The Jack of all trades and master of none, a Crown Prince is a welcome addition to most parties thanks to his two abilities and strong hero talent tree. The Prince’s two talents are Energy Orb, which locks enemies briefly in place, and Smoke Grenade, which is an AoE DoT.

The Energy Orb can stop bosses in mid-animation to grant additional survivability to close-range fighters — using it against Lu Wu can trivialize the fight thanks to the mitigation of his high-damage leap slam, which stacks repeatedly on high Reincarnation difficulties. The Smoke Grenade is also a means of area denial and damage-over-time, which offers an exponential damage increase with the proper ascensions.

What makes the Crown Prince so strong, however, is that it doesn’t matter if you get the drops or not — players can still expect to be able to halt enemies (a blessing in later difficulties) and send a DoT while behind cover. The Prince is comfortable as a mid-range hero and can flex forward or backward as the situation (and party composition) demands.

With the right build, Qian Sui is mostly immortal. In Gunfire Reborn, it’s impossible to guarantee a proper build drop (even with Spiritual Blessings). Qian moves close for fighting with a damage mitigation shield and a massive punch ability that can clear most mob rooms. His strength is diminished during boss fights — many bosses can shake off the punches (unless ascensions have dropped) and staying close to a boss without a heft of dashes (Advanced Joggers, Propulsion Device, with a Skateboarder for good measure) is always a gamble.

Qian is the only hero that can reliably tank damage for other characters, although having both the information necessary and the timing to do so is a difficult task. Pop the shield, clean the room with punches, and rely on others to manage the bosses while Qian uses a weapon is the key to success.

The only female hero in game, the rabbit Tao is a must for any party seeking high difficulties. She has a possible buff for party members with her Fatal Bloom, and her primary ability Swords Out is a massive instant damage that depends on how many rounds she has fired. Tao is comfortable in mid-to-far range, pumping storms of bullets with the Big Hippo to stack her Swords Out against Elites.

If a Big Hippo can’t be found, defer to the fastest-firing weapon possible with the largest magazine if Swords Out is being built up with ascensions. With a proper build, Tao can eliminate most bosses (up to Reincarnation 6) within a minute. Alternatively, Fatal Bloom can buff party member damage against marked enemies (noted by having a flower above their HP bar) while offering instant damage or a DoT.

This falcon is the unabashed destroyer of mobs and bosses alike. His two abilities used in tandem allow players to close the gap toward enemies with his Leap, then use the Cleave to eliminate them. His ascensions allow the Leap and Cleave to restore armor upon hit, he can add Cleaves by eliminating enemies with the strikes.

Players using this hero should decide early on whether to stack Leaps or Cleaves: typically, if the Easy Kill ascension (permanently increasing Cleave damage for each Cleave kill) doesn’t drop within the first stage, we tend to opt for Leap stacking. Another valid strategy is to opt into Leap ascensions until EK drops, then shift into Cleave builds. You’ll constantly be using both in combat with Qing, so don’t look too poorly at splitting trees. Close-range weapons, such as the Angelic Aura or Argus, helps Qing clear out enemies between Cleaves.

Qing has armor instead of a shield, meaning he can’t regenerate without Occult Scrolls or specific ascensions. A Sanguine Relic can be helpful if the needed ascensions can’t be found, but Qing players must have exemplary movement in the fray — standing between ten enemies without getting hit is a skill unto itself, and is necessary for Qing to truly shine.