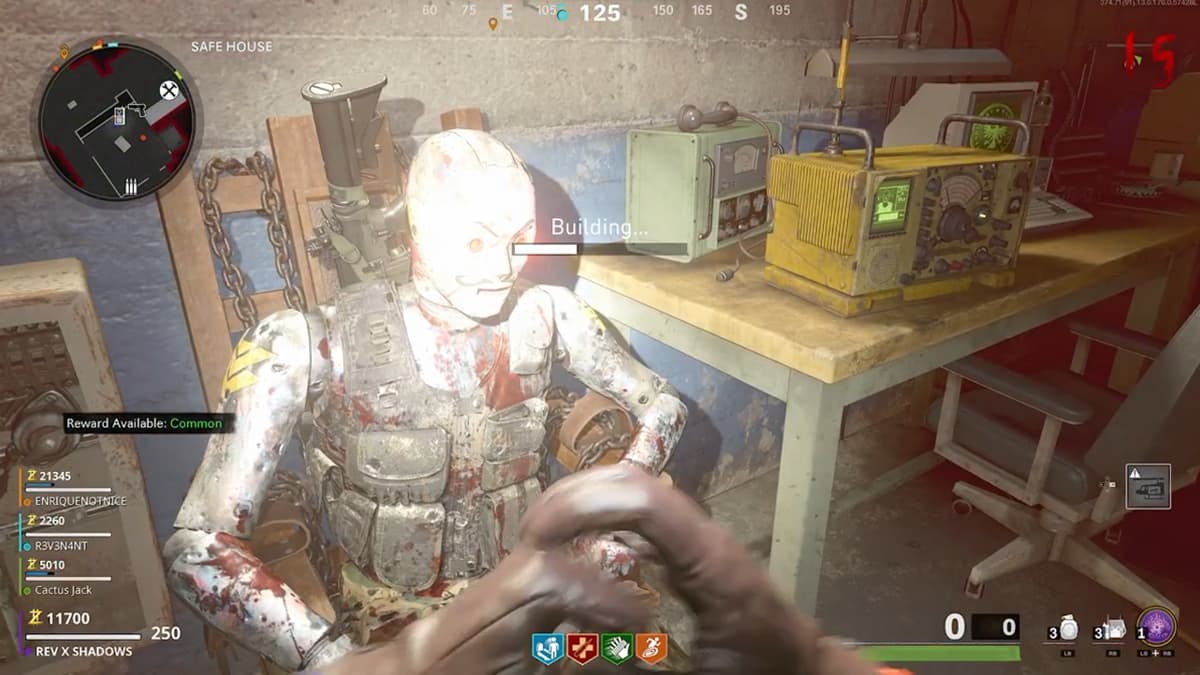 Klaus the Robot from Mauer Der Toten in Call of Duty: Black Ops Cold War Zombies is one of our favorite characters to be introduced in the game yet. He is an American-made robot who has a German personality, and that personality is very sarcastic. We absolutely love him for it. That being said, as you fight around the darkened streets of Berlin, you will come across multiple ways to upgrade him. Here are where you can find the Headgear pieces for him.

When you bring up the scoreboard for the match in Mauer Der Toten, you will notice the Headgear slot in-between the Klaus and Warhead sections. While these buildable pieces are usually for general gameplay, the Headgear is pretty much only for the main Easter egg quest.

To get any of the pieces for the Headgear, you first need to get yourself the CRBR-S wonder weapon. You can get one for free, or you can get lucky and obtain it through legendary tier rewards from the Trials Machine or from the Mystery Box. When you have the CRBR-S, there are three locations you need to shoot that will drop a part. Each part is color-coded yellow to differentiate it from other droppable items.

The first location is in the spawn area on Apartment Rooftop. Shoot the radio tower, and an Antenna will drop on the ground.

The second part is in Ghost Station across from the Mule Kick machine above the ticket booth. Shoot the box with the CRBR-S for it to drop Electronic Boards.

Finally, the last part is in the Electronics Store on the East Berlin Streets side of the map. There are three radios in the store, and one of them has the Transistor in it. Shoot through them until they drop the item you need.

Remember that all three items will not drop unless you shoot the structures with the CRBR-S. With all three items acquired, it is time to craft the Headgear or Hacking Helm. You actually do not use Crafting Tables for this part. Instead, go to Klaus as he is sitting in his chair recharging, and you will craft it directly into his head. Now that he has the Hacking Helm, he can get you access to the Requiem Satellite for one of the main Easter egg quest steps.