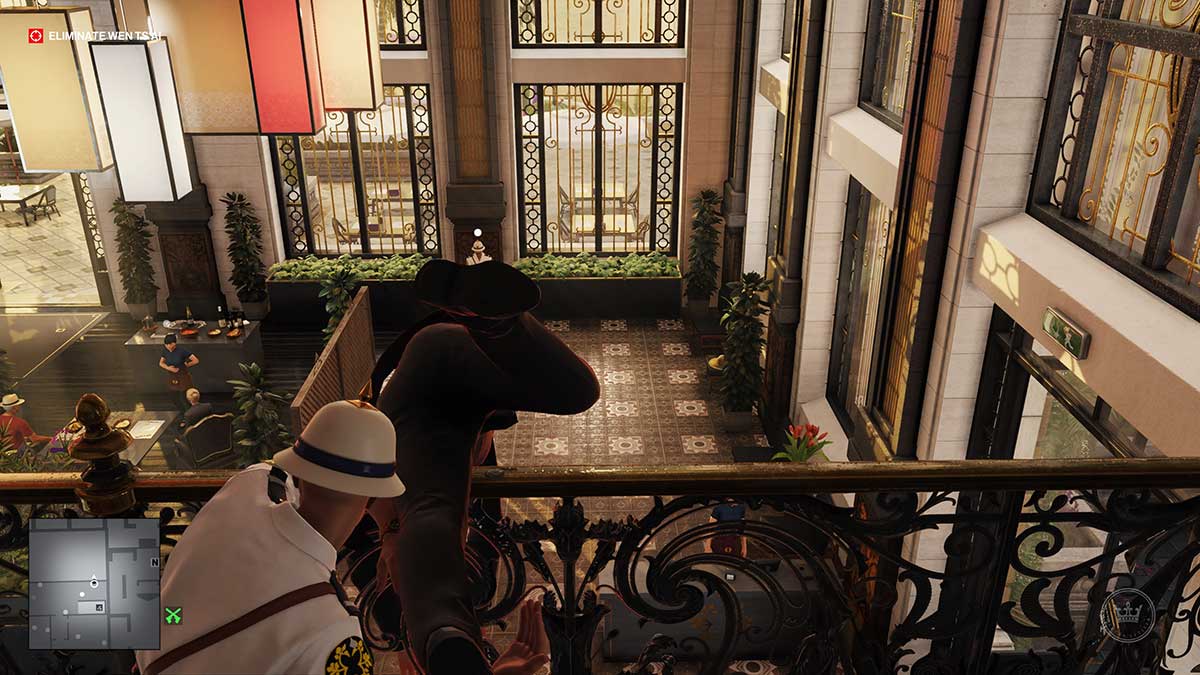 Update (July 15): The Food Critic has been updated for Hitman 3 Year Two and is now available for a short time in-game. We’ve checked our original method below, and it still holds up in the Year Two version of this Elusive Target. Follow this guide, and you should get through the mission without any problems.

The Food Critic is an Elusive Target set in the location of Bangkok. This is a location from Hitman 2, but it’s free for all Hitman 3 players for a brief period while this Elusive Target is live. This guide covers how to kill the target with basic equipment and get a rank of Silent Assassin.

Related: How to unlock the Guerrilla Wetsuit in Hitman 3

You only have one chance to complete this mission. As soon as you start to complete objectives, which in this case means when you kill the target, you can no longer restart the mission. Up until that point, however, you can restart the mission as many times as you want. We recommend following our route a few times without killing the target until you’re comfortable with it. When you are, you can take it on for real and go for the kill.

Loadout for The Food Critic

You only need the standard equipment Agent 47 always has for this route. The pistol and coin are essential, but nothing else is. The Profligacy Suit from the Gluttony Gobbling Escalation is a good one to use if you’re feeling flashy, but you can use any suit you want.

Step 1: Get inside the building

From the starting location, go up the stairs and then right. Go all the way to the edge of the building and turn left. Keep moving until you see the guard. There’s a drainpipe to the side of the planter next to him that you need to climb. Below is a map reference for this drainpipe.

Climb up the drainpipe and shimmy along the edge of the balcony. An NPC will walk out and start to smoke on the balcony as you move, but they won’t see you. Make your way to the left-hand side of the balcony and then vault up onto it. Go into the room through the door directly to your right.

Inside this room, open the door to the hallway and shoot the wall to the right of the doors before hiding behind the couch. This shot will draw in a security guard from the hallway. Once they’re inside, subdue them and take their uniform. Pick up their gun and then make your way to the restaurant.

The target will spend the majority of his time. Above is a map reference for the exact location. You’ll notice a bodyguard dressed in black near the window. Drop the security guard’s gun in front of him so that he picks it up and walks away to dispose of it.

Now you need to wait for a waiter to walk down the stairs and go over to the cook. You’ll be able to see them in the distance. Wait for them to leave the area before you do anything else, otherwise, they’ll spot you. As soon as their animation starts up again, place a coin on the balcony.

Bump into the target so that he looks at you, then run in front of the coin on the balcony. This will cause him to go over and investigate it. When he’s close to the balcony, push him over it to kill him. This is an accidental kill, so the body can be found, but it won’t remove your Silent Assassin rating.

Now all you need to do is find an exit and get out of the area. By completing the Elusive Target, you’ll unlock The Casual Suit With Gloves to use in any location.