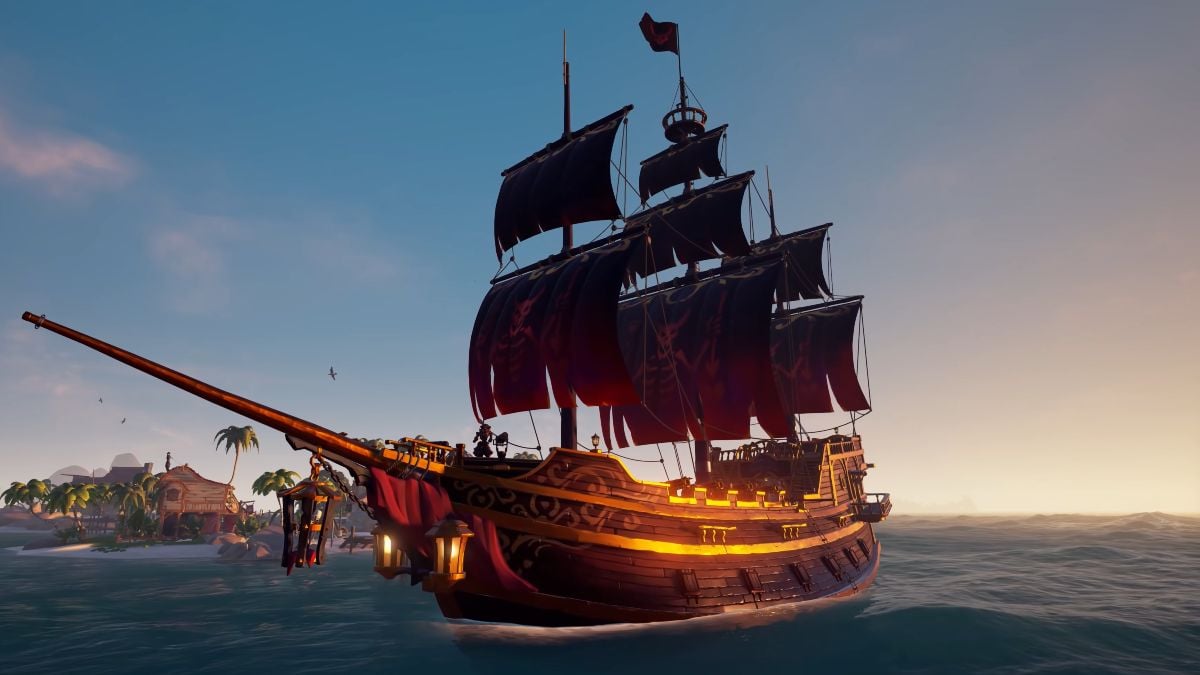 Sea of Thieves Season 5 added multiple quality of life improvements and content additions, such as the ability to bury treasure and set off fireworks. Sitting and sleeping are some of the more minor additions, but they’re still welcome. Sea of Thieves already had emotes for sitting and sleeping, but Season 5 finally turns them into concrete actions that interact with the environment. Our guide below will show you how to make use of the new quality of life feature.

All you have to do is walk up to any chair that looks as though a real human being would be able to use. An on-screen prompt will appear telling you to sit down, which would be X on an Xbox controller. It’s as simple as that. You’re able to remain in first-person or switch to third-person by pressing Y. You can stand up by pressing B on an Xbox controller. Chairs aren’t the only sitting spot, though.

You’re also able to sit on certain empty barrels aboard your ship. Just as with chairs, you’ll know what barrel you can rest on when you’re presented with the button prompt to sit down. Any resource barrel is out of the question, so don’t go thinking you can sit on top of the food barrel for fun. Sleeping in beds isn’t much different from sitting in chairs. Any bed that looks useable will showcase the same button prompt as sitting. When sleeping, your character model will snore like nobody’s business, remaining blissfully unaware until you press B on an Xbox controller to wake up.