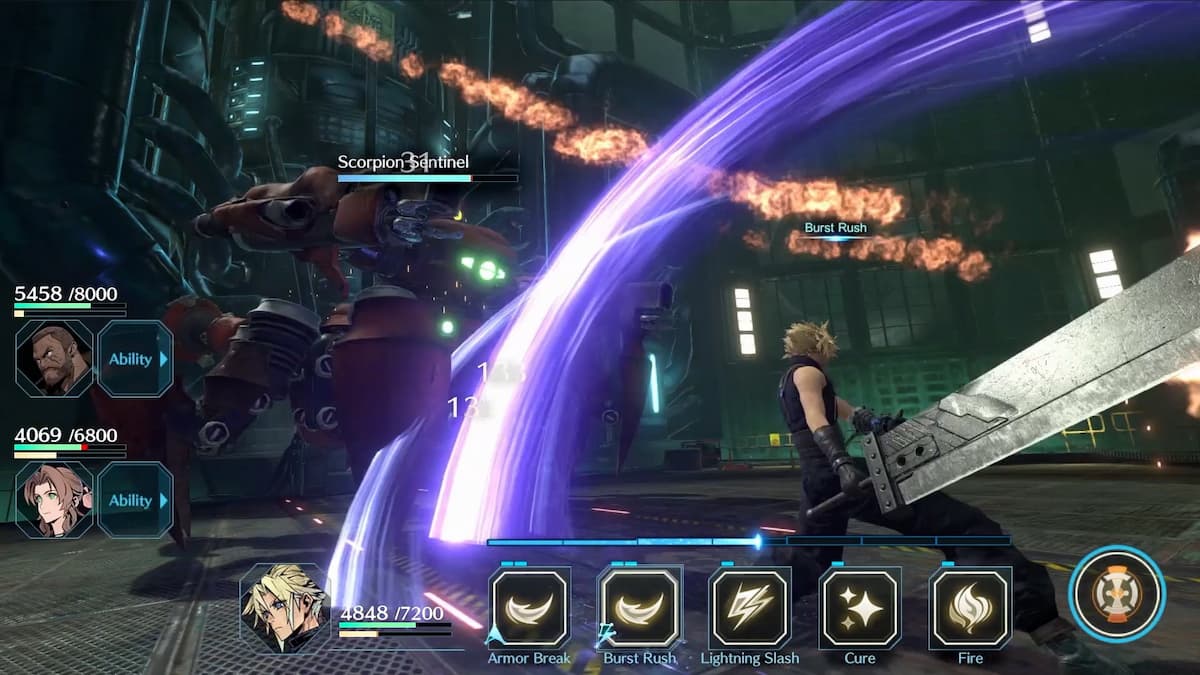 The story so far

Each chapter will feature story beats from the CG movie Advent Children, as well as the video games Before Crisis, Crisis Core, and Dirge of Cerberus. Advent Children takes place two years after the events of the original Final Fantasy VII, with Dirge of Cerberus taking place a year after that. Meanwhile, the events of Before Crisis and Crisis Core occur well before Final Fantasy VII, serving as prequels that cover the story from the Turks point of view and from SOLDIER Zack Fair’s point of view, respectively.

Director Tetsuya Nomura explained in an interview with Famitsu that players will be able to play and enjoy it as a work based on the original Final Fantasy VII. Each chapter is titled based on the game it remakes, and players can choose to play them in any order they wish. This means that the games’ stories are presented as a mix of being in chronological order while being reconstructed and uniquely developed for Ever Crisis.

The battle system hearkens back to the original game by using the Active Time Battle, a turn-based combat system that requires players to wait for a character’s ATB gauge to fully fill before they can take action. The Materia system will also follow the tenets of the original and “battles will be fought by making full use of the Materia, summoned beasts, and limit breaks set as weapons.”

The character models use a deformed “cute” 3D style, which gives it more of a 2D stylized look. Nomura didn’t design the characters this time around, instead enlisting another art designer draw them out after he saw their avatar designs. As for voice work, Nomura explained that his schedule is quite full already so he’s trying to avoid new recordings as much as possible. However, it will be at least the minimal amount if included.