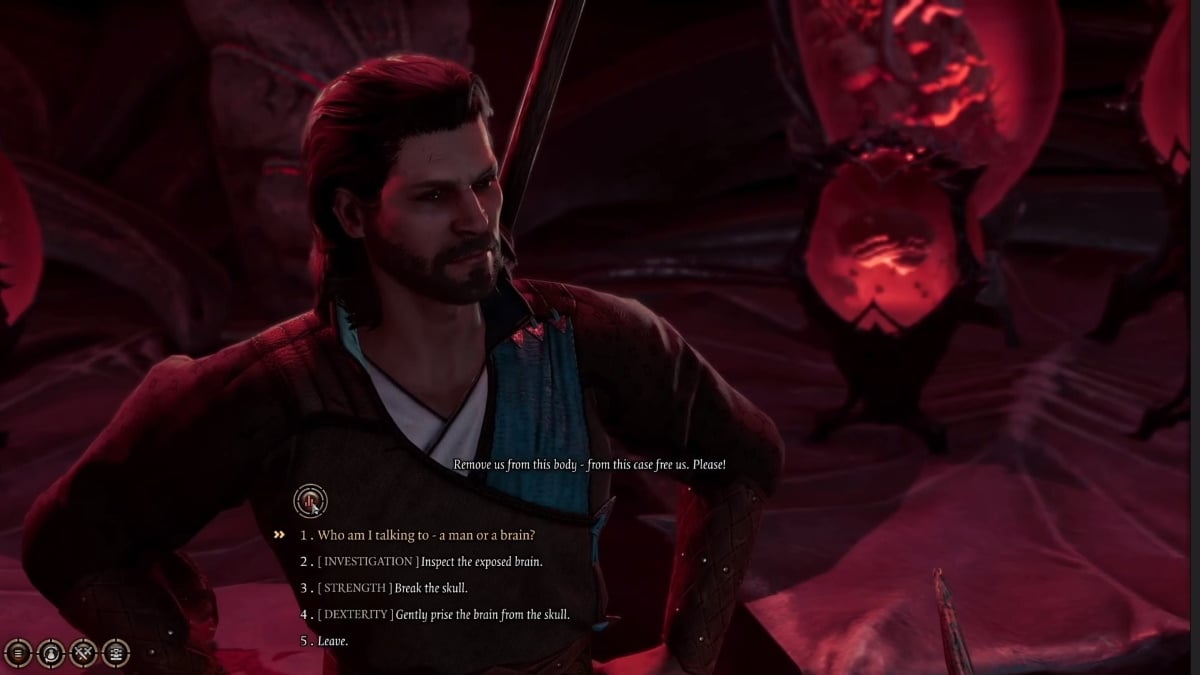 The cinematics for multiplayer for Baldur’s Gate 3 will work differently from the Divinity: Original Sin 2. Previously, the main character in a dialogue would engage in a conversation, and they’d handle all of the choices available, progressing their team through the quest. If you were a guest in the game, you’d have to interact with the player and NPC conversing to follow the conversation. To make it easier, everyone can be pulled into the dialogue, and those who not the main character can highlight options they want to make, giving everyone a voice.

From what we can tell in Larian Studios’ video blog, all of the characters in a multiplayer party have the option to participate in the dialogue. However, you don’t have to do that. Instead, you can choose not to engage in the conversation, using it as an opportunity to pickpocket characters or other party members. You can steal items an NPC could have on their person. It was a frequent option for party members to do this in Divinity 2. When you engage in the dialogue, most party members will have a voice to offer the group, making it feel like they tell their story alongside their friends.

These are some of the team’s initial ideas to bring into Baldur’s Gate 3’s multiplayer for early access. There will be additional features where steamers sharing their adventure online can offer up the various dialogue options to their audience members, letting them vote and pick what option they’d like to go with. When the voting concludes, the streamer can see what the highest vote was, and they can choose to go with it or go with the option they wanted to make. It makes a crossroad decision far easier, and potentially a way for streamers to share a more involved story with their audience.

The improved cinematics were designed to make Baldur’s Gate 3 feel like a more immersive Dungeons and Dragons tabletop experience where every player can contribute, not just the leading party member. Larian Studios plans to release additional multiplayer and party-friendly features to Baldur’s Gate 3 during its early access release, which comes out on September 30.