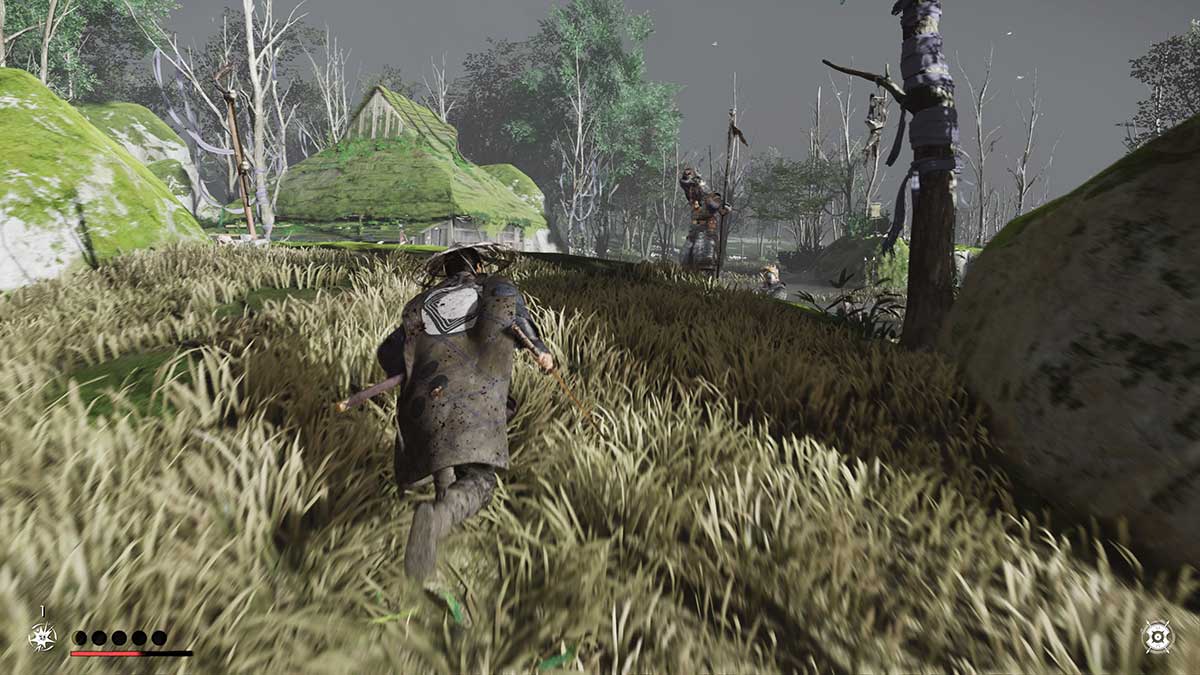 Ghost of Tsushima Director’s Cut adds a brand new expansion to the game, Iki Island. You can transfer your save file over to the PlayStation 5 version and tackle the expansion in the best version of the game possible or choose to continue on PlayStation 4. This guide covers how you can access the new content as quickly as possible, including all requirements that must be met before it unlocks.

Before you do anything else, it’s important to know that you must have completed Act 1 of the base game of Ghost of Tsushima before you can access Iki Island. This opening section to the game doesn’t take too long to complete if you purely focus on the story. As soon as you light the lighthouse at the end of Act 1, you’ll be able to see the quest marker for Iki Island on your map.

Open your map, and you’ll see that there’s a new area to explore: Drowned Man’s Shore. Ride directly there. Along the way, it’s nice to stop and speak to the traumatized locals so that you can soak in the atmosphere. Once you arrive, you’ll realize that something is very wrong indeed.

When you arrive, you’ll need to investigate what’s happened at Drowned Man’s Shore. There are various points of interest to interact with. As soon as you’ve interacted with them all, you’ll see a bunch of Mongols and one of the expansion’s new enemy types, a Shaman, show up.

Step 3: Fight for your life

At this point, you’ll be faced with two waves of Mongols to battle. The first only has a single Shaman, and the second has two. Both of these fights are extremely different from anything else you’ll have encountered in the game, so be ready to dodge and heal quite a lot. Finally, when you’ve killed the last Mongol, have a chat with the surviving Shaman before sending him on his way.

Step 4: Speak with the Boatman

Iki Island is pretty much unlocked at this point. All you have to do is watch the cutscenes that set up the story. Then, speak to the Boatman when you’re ready to head to Iki Island and start the expansion.