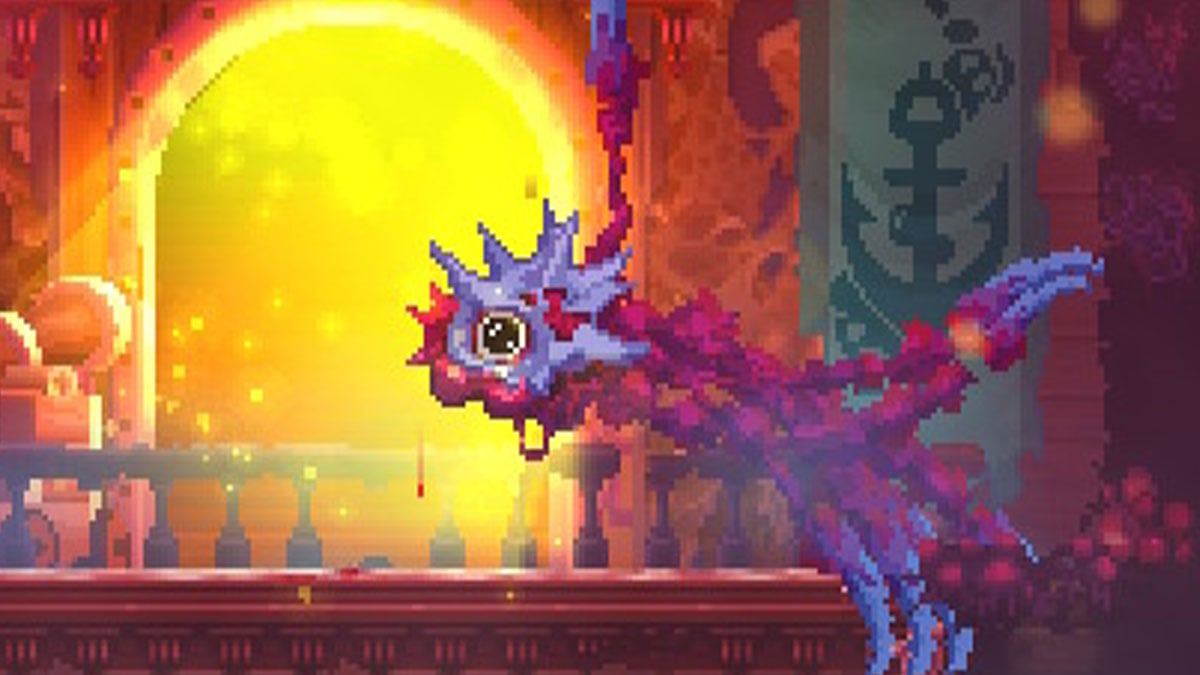 The Queen & the Sea, Dead Cells’ third DLC expansion, adds two new biomes and a boss, but reaching them takes a few specific steps. This endgame content is an alternate path to a different final boss from either the Hand of the King or the Giant, so if you wish to go in completely fresh, consider this your spoiler warning. Otherwise, the steps to access the DLC follow after the screenshot below.

Once in the sewers, be sure to explore thoroughly — you’re looking for the NPC in the screenshot above. That’s the Fisherman (he’s actually from the pre-release version of the game), and he’s pretty easy to spot as long as you’re checking every corner of the Toxic Sewers. Talk to him, and he’ll say that he’ll “wait for you by the castle.” He also mentions an old lighthouse keeper named Michel, who used to live in Stilt Village. That’s where we’re headed next.

Proceed through the Ramparts and the Black Bridge to reach Stilt Village. Normally this biome has several huts marked with various icons, but you’re looking for the unmarked one in the screenshot above. It only appears after talking to the Fisherman. Head inside and you’ll fight a new enemy: an Elite Armored Shrimp. Beat it to earn the new Leghugger pet, then check Michel’s corpse — did you really expect him to be alive? — for the Crowned Key.

Continue on your path of choice through the game, but stop when you reach the passage to either High Peak Castle or the Dilapidated Distillery. Don’t go to either of those biomes — despite what the Fisherman said, he’s not at the actual castle. Instead, look for a new, third option on a lower path. Use the Crowned Key to unlock the door down there, and it’ll remain open permanently, letting you access the new biomes without all the previous steps.

Go through the door and head down to the dock to find the Fisherman on his boat. He’ll take you to the Infested Shipwreck, which connects to the Lighthouse, which then leads to a final boss fight against the Queen herself.