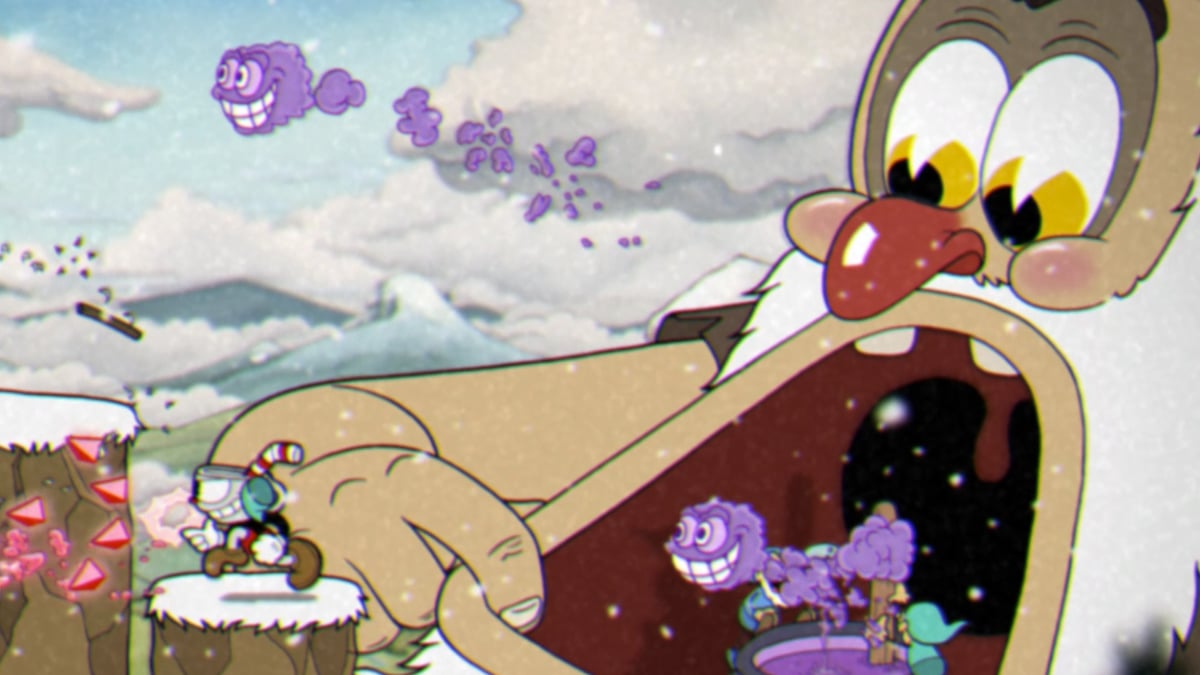 Cuphead’s The Delicious Last Course includes half a dozen new fearsome foes to take down. One of the first boss you fan fight is Glumstone the Giant, a mountain-sized man with an army of gnomes at his service. This guide details tips and strategies on how to defeat Glumstone the Giant.

Related: All secret achievements and trophies in Cuphead and how to unlock them

Your target for the first phase is Glumstone, who stands at the right side of the screen with his mouth agape. Focus all your fire in that direction, but make sure to clear the gnomes below the pillars when they pop out of the ground — they’ll cast annoying little spells in your direction. Some will occasionally climb onto the pillars to try to hit you with a hammer, too, so be sure to step aside when you see one raise its weapon. You need to stay off the floor, too, because the little gnome hats double as spikes if you stand in one spot for more than a moment.

There are three additional attacks to be aware of here. First, the gnomes inside Glumstone’s mouth send little damaging clouds your way. Steer clear of them, but parry the occasional pink ones to keep your energy up. Glumstone may also raise a sign that reads “goose crossing.” To avoid the incoming flock, drop to the lowest pillar and duck. If it starts moving, drop to the ground, but keep moving and hop back up quickly since those gnomes mentioned above hats will poke you. Finally, Glumstone may pull a bear onto the screen from the left. Stay on the far-right pillar to avoid it while you keep dealing damage.

Phase two is a puppet show that is much more dangerous than cute. You can shoot either puppet to deal damage, but don’t spend too long on just one side since the ball they bounce between them has different patterns. As you sidestep or slide under that (jumping over is a bad idea), keep an eye on the ground too. More gnomes will pop up a flutter down to the ground — some of them can be parried, so take note of that too.

With his puppets defeated, Glumstone will swallow you. Your target now is the weird growth with his face that moves along the ceiling. You’ll need to jump a lot down here because the stomach acid, predictably, hurts. Mind your step and stay on top of the floating skulls.

Glumstone will spit out chicken drumsticks at these platforms, which will cause them to sink temporarily. When this happens, use an air dash to clear any extra gaps. If Glumstone spits a bone, then a swarm of pink arms will appear around the skull. This lasts until you parry it, so make that a priority to get the platform back. Finally, gnomes (yes, they’re in here too) will leap out of the water and fire darts across the screen. Leap over or duck under these, and look for occasional ones that you can parry.