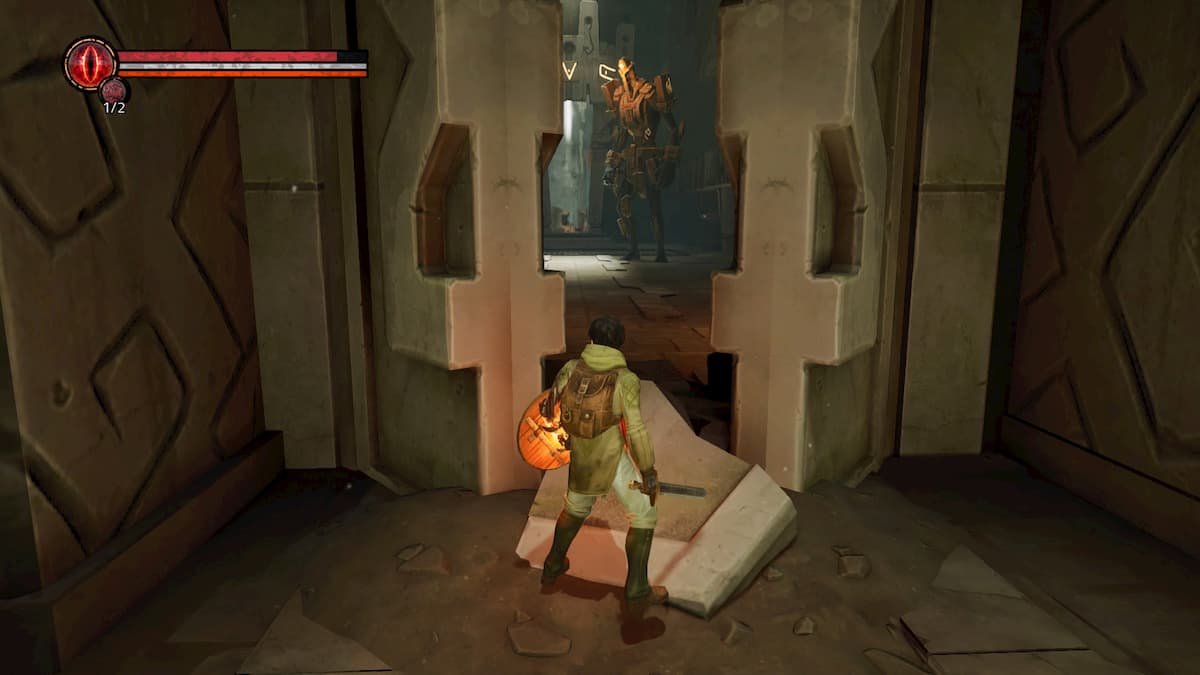 The Krell Guardian, also known as the Cyclops, in Chronos: Before the Ashes, is the first boss you’ll have to fight in the game. You’ll encounter it when you’re roaming around the upper levels of the first world you enter, and battling it is not easy. Initially, you won’t be able to do battle against it. The Cyclops is too large for you to fight, and because of it’s size, it doesn’t take any damage. There is a way for you to even the odds, though.

Before you can battle the Krell Guardian, you need to locate the two missing stone blocks that go into the mirror. You encounter this mirror after meeting the Cyclops and dashing away from it, where it can’t follow you. Once you make your way underground enough, you’ll go through a mirror and appear on the opposite side of where you started. In that area, you’ll be able to find the two stone blocks.

Once you have those two, bring them to the mirror and place them into their missing slots. Now, you need to match the three symbols at the top of the mirror to the one behind the Cyclops. Those symbols are the downward A, the V, and the sideways C, pictured below.

After you’ve placed those symbols onto your mirror, step through it, and you’ll be of similar size to the Cyclops. You can now fight it as if it were a traditional enemy.

When you enter the arena to fight the Cyclops, it will start in the left corner, grabbing a nearby cudgel to use as a weapon. The initial half of the fight is pretty straightforward. The Cyclops uses a basic downward swing to strike at you. If you dodge or parry this attack at the correct time, you can activate your dragon stone’s magi to enhance your weapon. Regardless, after dodging or parrying, strike at the Cyclops for a few hits, and then back off.

The second half of the battle changes things up a bit more. Now, the Cyclops will swing his cudgel at your in three distinct strikes that follow-up one another, as if it were swinging in them in a windmill motion. Much like the previous attack, all you have to do is dodge out of the way or parry it. We recommend using dodge as this was a more effective way to avoid the follow-up attacks that the Cyclops does.