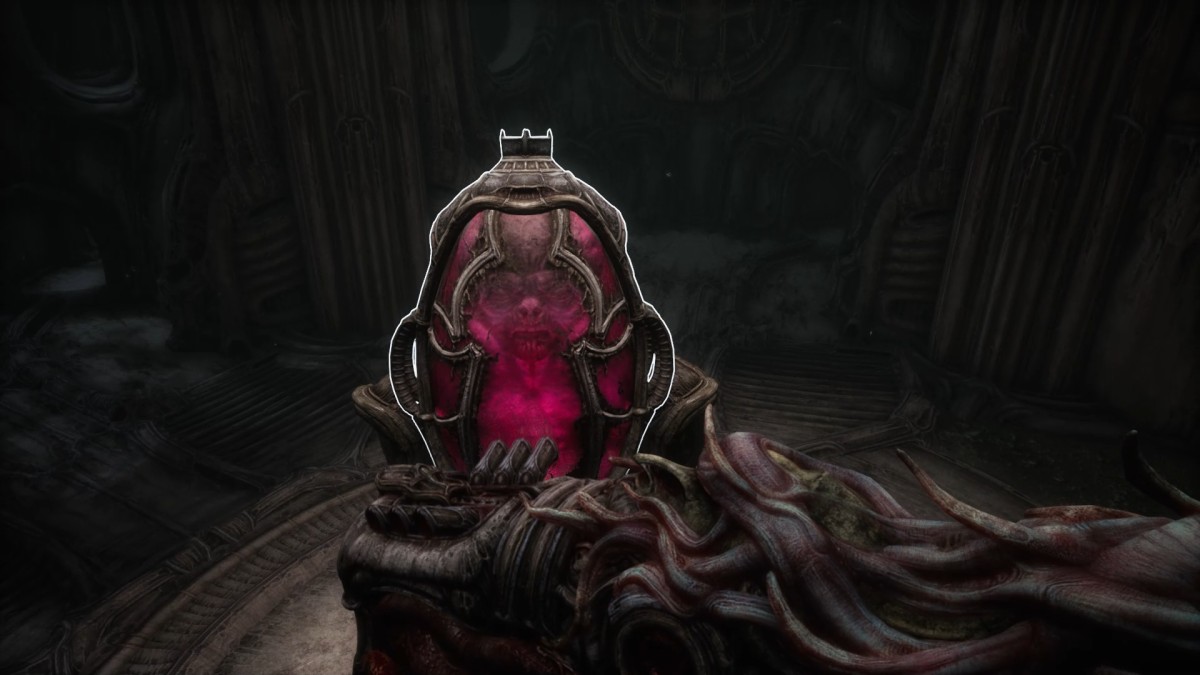 Scorn has become notorious for its gory visuals and challenging puzzles. Although most of its world designs are uniquely detailed, it’s often easily overlooked due to the game’s difficulty and lack of direction. A particularly taxing obstacle is its unforgiving combat system, especially when facing the terrifying boss in Act 5. Luckily, we’ve found a way to beat it quickly, so you don’t have to suffer through it.

Related: How to solve the Act 2 puzzle in Scorn

How to defeat the Act 5 boss

The Act 5 boss fight has two battles in total, and in each battle, you’ll be facing two similar enemies with the same abilities, albeit different weak points.

Both encounters occur in the same room, where you find three infant-like creatures encased in a container filled with purple liquid. During this time, your objective will be to take these containers and insert them into the stationary robot sitting on the other side of the room. The first battle begins when you take the second of these fetus vessels and insert it into the motionless automaton, which replaced the initial one that was used.

Before you start the battle, however, make sure to replenish your ammo and health using the stations found near where the containers are initially placed.

Once you’ve refilled your ammunition and health container, bring the second vessel over to the robot, and the first boss fight will begin. To defeat this first boss, you’ll have to keep your distance at first so that it uses up its ammo. This is because when it eventually reloads its weapon, the two purple sacs on either of its sides will become exposed, which you can then shoot. You only need to shoot each sac once to end the first phase of this battle.

After you’ve damaged both sacs, it will power down, seemingly indicating that it’s been defeated. Next, you’ll have to approach and interact with it, and your character will try to take its weapon. But before it can be removed, the robot awakens again, which starts the second phase.

In the second phase, pay close attention to the robot’s left arm, which it will be using to protect its stomach enclosure. This time, instead of keeping your distance, you’ll have to bait it into using melee attacks to expose the fetus vessel that was inserted into its belly.

You can outmaneuver it by using the two cage-like structures within the room to dodge its punches. Once you bait it enough times, it will eventually charge up a more powerful punch that will leave its stomach open. You’ll have to hit the container twice to finish the first fight.

With the first evil robot defeated, you’ll be able to take its grenade launcher-like arm and use it as a weapon.

There will be another vessel waiting in the room; however, you’ll have to remove the divider that’s separating its enclosure from the rest of the area. To do this, step on the platform beside the divider, which will open up a window in front of you. You can then use your grenade launcher to shoot into the window, which will make the last vessel accessible.

Once you’ve brought the container to the robot once again, the next fight will start. During this stage, you will again have to keep your distance so that your opponent uses up its ammo. Once it opens up its back to reload its weapon, you’ll only need to shoot a grenade launcher round into its back once to end it immediately.