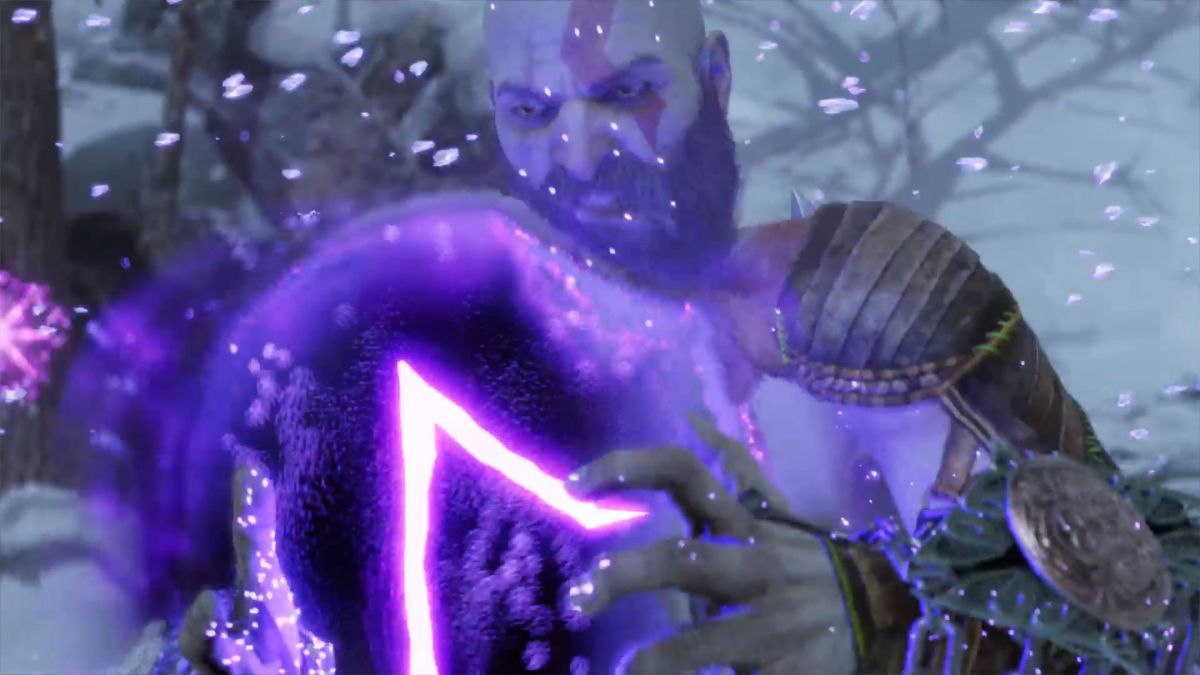 In God of War Ragnarok, The Word of Fate is the ninth goal on The Path main story quest line. Playing as Kratos and accompanied by Freya and Mimir, travel to Midgard and the Lake of Nine in search of the Norns. But the Norns, it turns out, really don’t want to be found. Just when you think you’re about to find them, you instead run into a Frost Phantom boss, and it doesn’t want to tell you your fate. It just wants to fight you.

Related: All Horns of Blood Mead locations in Midgard in God of War Ragnarok

How to defeat the Frost Phantom in the Lake of Nine

The key to beating the Frost Phantom is to attack its core when it’s glowing (the game says it glows, but we’d describe it as pulsing). When it’s not glowing, don’t bother attacking; just keep your distance and avoid its attacks. But as soon as that pulsing starts, use L2 and Square to shoot Freya’s Runic Arrows at it, and close in for some fast melee attacks. Don’t use any of Kratos’ Runic Attacks yet, as they’re better saved for when the Frost Phantom is staggered.

You don’t have to fill the stun bar to stagger the Frost Phantom. You’ll know it’s staggered because it’ll roar in pain, rear up, then slump to the ground, lying still. Also, Freya and Mimir will yell stuff about the core being weakened, and how this gives you a window for attack. So, charge in and hit the staggered core with every Runic Attack you’ve got available, and as many combos as you can manage before it recovers.

When you manage to fill the Frost Phantom’s stun bar, it’ll disappear underground for a little while, and your companions will start yelling about “the springs”. The springs are actually the pillars in this area, and one of them should now be glowing with pink magic. Destroy it with melee attacks before the Frost Phantom comes back. If you miss your chance, you’ll have to build that stun bar all the way back up again, but if you destroy it, the Frost Phantom will lose 50% of its health.

It’ll get more aggressive when you destroy the first spring, but the same tactic of hanging back and dodging until the core starts glowing will still work, and you basically have to do the same thing again. Destroying the second spring will make the Frost Phantom return with just a sliver of health, and all you have to do is hit the core once, then press R3 to perform a spectacular finishing move.