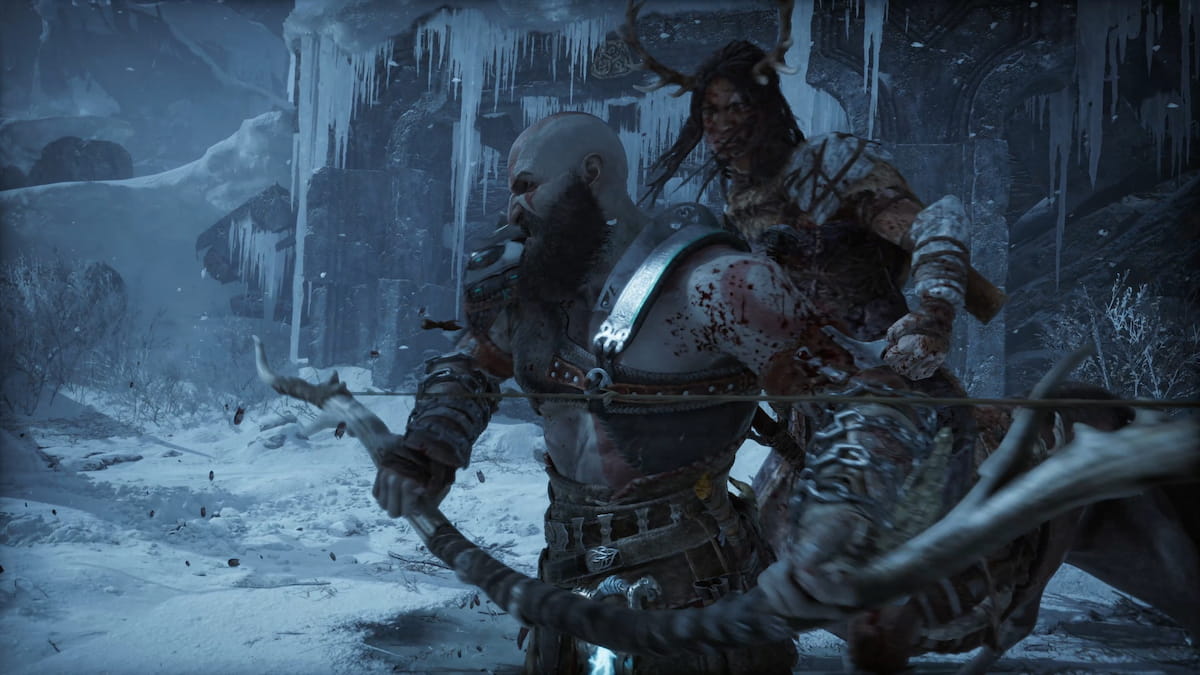 How to defeat the Huntress in God of War Ragnarok

While climbing up an ice cliff into a shrine, the Huntress will make an entrance by pulling you off the cliff and attacking you. After a short quick time event, the fight begins in earnest. The Huntress will attempt to lunge at you and stomp you with her hooves. Use your dodge to clear some space and start your attack. During this battle, you will not have the ability to block.

Related: How to beat Thor in God of War Ragnarok

You must take advantage of dodging and Atreus to mitigate damage as much as possible without the ability to block. Her hooves attack is quick but doesn’t cause much damage unless it pins you against the wall. Make sure to avoid fighting with your back to the cliffs.

When the Huntress steps away, she will fire four flame arrows at you. Strafe to a side and roll in that same direction until her flurry of shots is over. The Leviathan Axe is a slow weapon, so the Blades of Chaos are the better option in this fight. The Huntress is also weak to Burn damage as well. When she is around half health, she will unleash an unblockable volley of fire arrows.

When she jumps back, and a red circle grows, dash close to her. She will fire arrows behind you, hoping to bait you into her trap. Rush her, and unleash your Spartan Rage attacks alongside Atreus arrows to take her down. If her horns glow red from taking too much damage, take advantage and throw your Leviathan Axe at them to instantly stun her.

After carefully using your dodge and remembering that your block is disabled, you should be able to finish off the Huntress. After this initial fight, this enemy will be known as a Stalker, a monster-class enemy that can attack you with other groups of enemies.