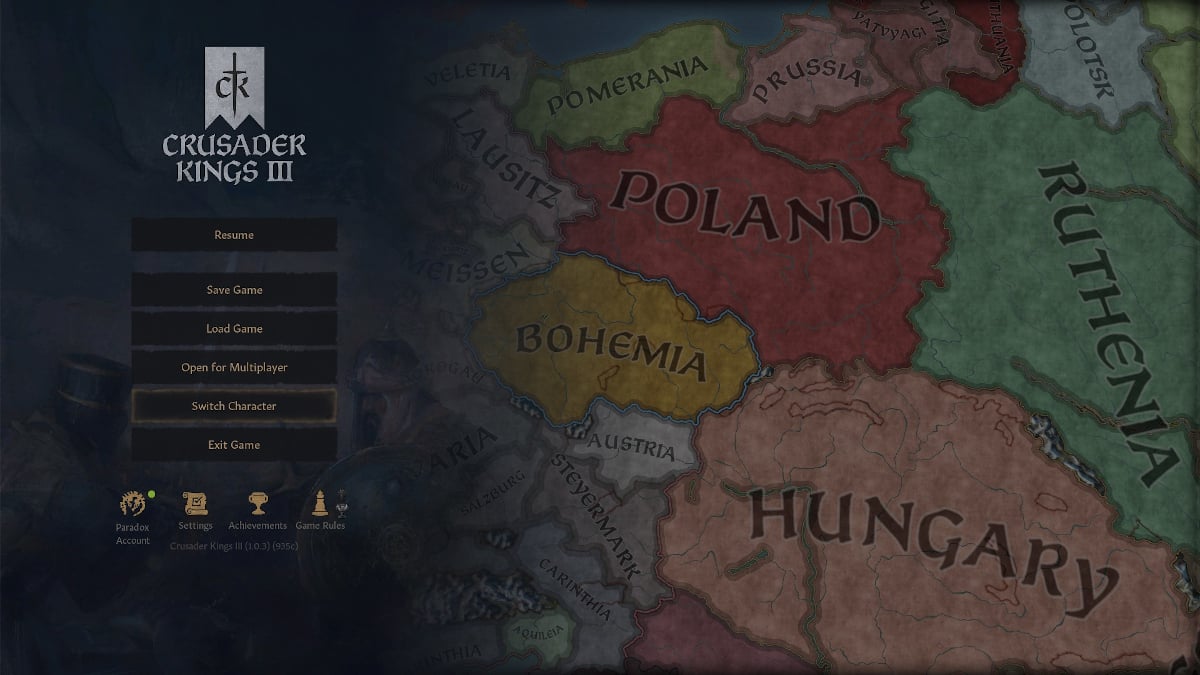 The ability to switch characters in Crusader Kings 3 is extremely useful. In Crusader Kings II, a game could be over if the host’s dynasty died out or lost all their land, resulting in the end of the save. Now a player on the brink of defeat can just change character as when they need to. This is a welcome addition to the game.

This feature works in every aspect of the game, whether that be single player, ironman, or multiplayer. Surprisingly, this feature is pretty easy to use, once you know it’s available.

The ability to change character will differ depending on the mode that you’re playing. Single-player saves without ironman active are simple enough. Opening up the player menu with escape brings up a list of options. One of those options is the switch character. Players can easily switch characters anywhere on the current playable map in their game save.

The same goes for multiplayer. Through some miraculous engineering, players in multiplayer saves can switch characters at any point in the session. To do this, players will need to open the menu again, press the multiplayer lobby button, and then they’ll get a new menu similar to the menu they had when they first selected a character before the game began. From there, all the player needs to do is select a new character in the world and press select and play. Other players in the multiplayer session receive a notification of this decision via a message in the screen’s center.

As for ironman, it is possible to switch your character, but Crusades is the only way a player can change character in an ironman playthrough. When a Crusade comes available, a player can choose a beneficiary to get title rewards from their dynasty. Based on the success of your contribution to the crusade’s success, your beneficiary may receive land and titles. If that happens, ironman players will receive a prompt to switch to that character they selected as their beneficiary.