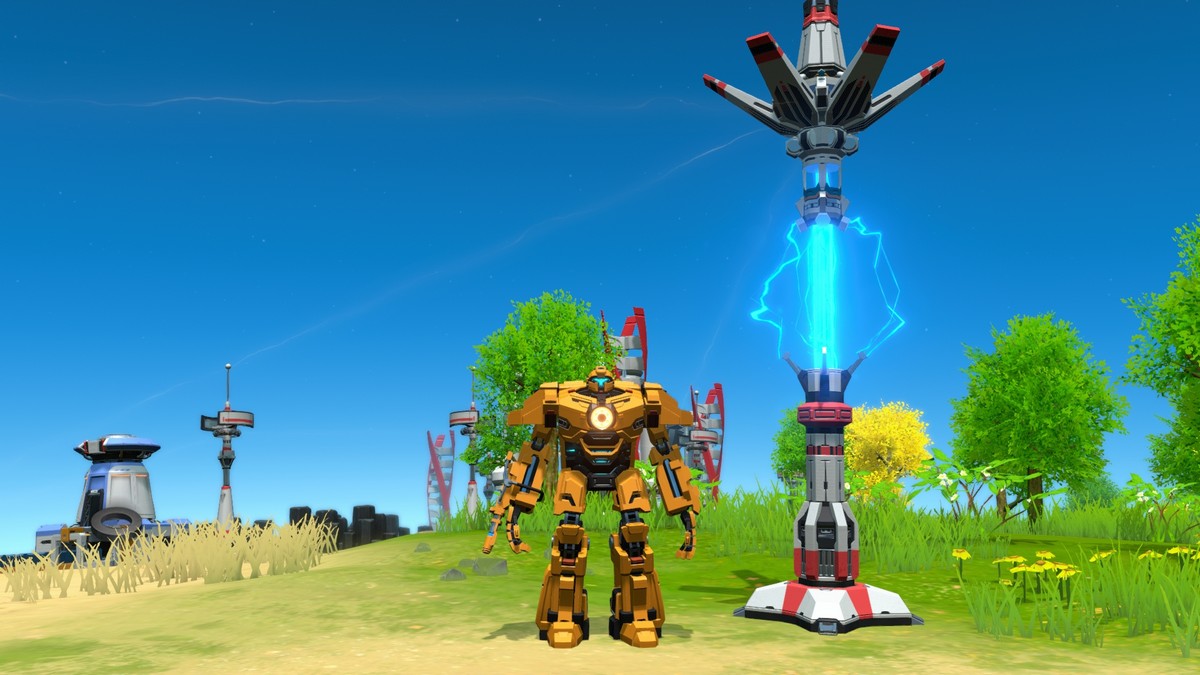 Once you have the required Technologies unlocked, you’ll need to craft a Tesla Tower and some Wind Turbines to set up a power grid. Now that you have a power grid set up, you can build a Wireless Power Tower. To build a Wireless Power Tower, you will need one Tesla Tower and three Plasma Exciters. Plasma Exciters are crafted with four Magnetic Coils and two Assemblers.

You can place the Wireless Power Tower anywhere in the power grid, and it will charge your suit without expending your fuel reserve. However, you must be standing directly next to the tower to get any charge. It’s a good idea to start placing these in areas where you will be crafting and spending most of your time. Because you can pick them up and move them for free, there’s no excuse to be caught crafting without one of these next to you.