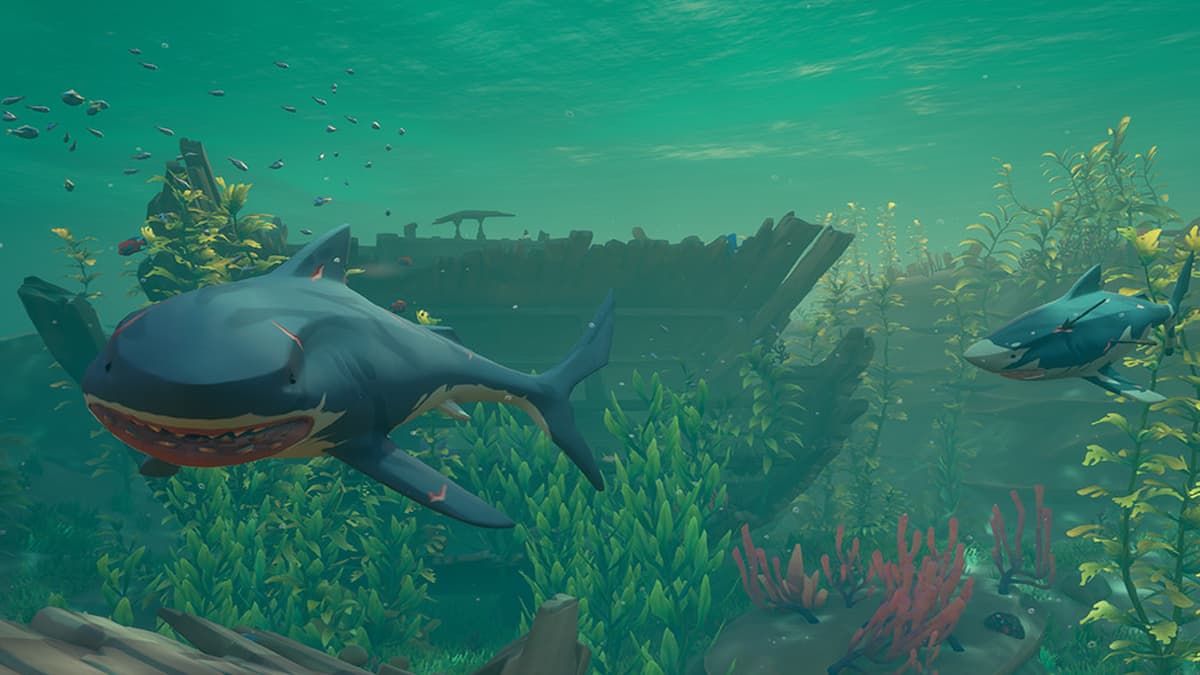 Sea of Thieves players will sometimes have to undergo the challenge of obtaining a blue and white flame from the Well of Fates, whether it be for an event or to start the Fort of the Damned. While in other cases you may be able to find these Flames of Fate around the sea, in order to complete this challenge you must take these from the Well of Fates on the Ferry of the Damned.

Collecting the blue Flame of Fate

Of the two flames, the blue Flame of Fate is easier to collect. In order to earn this flame, players must die to sharks or Sirens. The size of the shark does not matter, you can die to either a regular shark or the mighty chomp of a Megalodon to get this flame. Sharks are drawn to pirates after they stay in the water too long. Megalodon’s attack randomly throughout the Sea. The easiest way to die from a shark is to jump off of your boat into open water and wait for one to come by. Alternatively, wait for a swarm of Sirens to spawn instead.

Collecting the white Flame of Fate

The white flame can be a bit of a pain to earn. In order to get this flame you must die from electrocution, either by a lightning strike or from an Eel-ectric Ocean Crawler. In order to be struck by lighting, you must sail your boat to the middle of a storm and hold out any metal object in your inventory, such as your sword. You should be struck by lighting after some time passes. Be sure to have as little health as possible as when you are struck you will begin to burn afterward. If the initial lighting strike does not kill you, the red flame of fate will appear in the Well instead.

Similarly, dying from an electric attack from an Eel-lectric Ocean Crawler will garner the same result. However, this is also tricky — most of the Eel-ectric attacks will get you a green flame instead upon death. The only attack that has gotten us the white Flame of Fate is when it produces an electrical shield and you hit it with your sword, shocking you. Like with lightning strikes, you will have to be at very low health to die from this.

Once you die to either sharks, lightning, Sirens, or Ocean Crawlers, you have to take the flame from the Well of Fates. To do so, on the Ferry of the Damned, walk up to the sconce on the center of the boat and hold your lantern up to it and you will be given the option to take the flame.