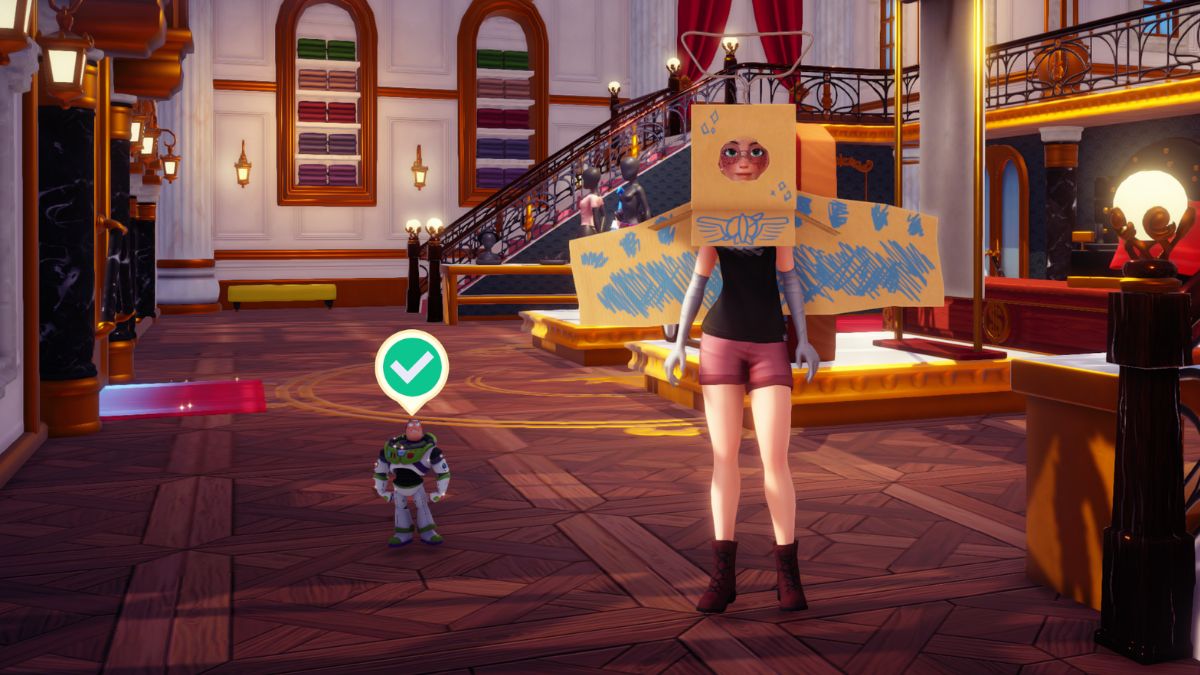 Related: How to unlock Buzz Lightyear in Disney Dreamlight Valley

After raising Buzz’s friendship level up to level two, you will unlock the Space Ranger Recruit quest. Talk to Buzz to begin the quest and he will tell you he is unsure of his place in the valley. After a brief conversation, you will be tasked with collecting materials to build the Space Ranger Ship. You will need the following items:

Before you can get a uniform, you need to make some Navy Blue Dye. For that, you will need the following ingredients:

The Falling Penstemons can be found around the Plaza. The Coal is obtained by mining Rock Spots around the valley. Blueberries can be found growing in the Forest of Valor. Finally, the Empty Vial can be crafted at a workbench using Glass.

Once you have crafted the Navy Blue Dye, you will need to collect the following items:

The Topaz can be found by mining Rock Spots in the Plaza. The Fiber is obtained by crafting it at a workbench using Seaweed. Finally, Softwood is found on the ground mainly in the Plaza and the Peaceful Meadow. Once you have all of those items and the Navy Blue Dye, bring them to Scrooge. Scrooge will give you Space Ranger Cadet clothes. Put them on and talk to Buzz to complete the quest.