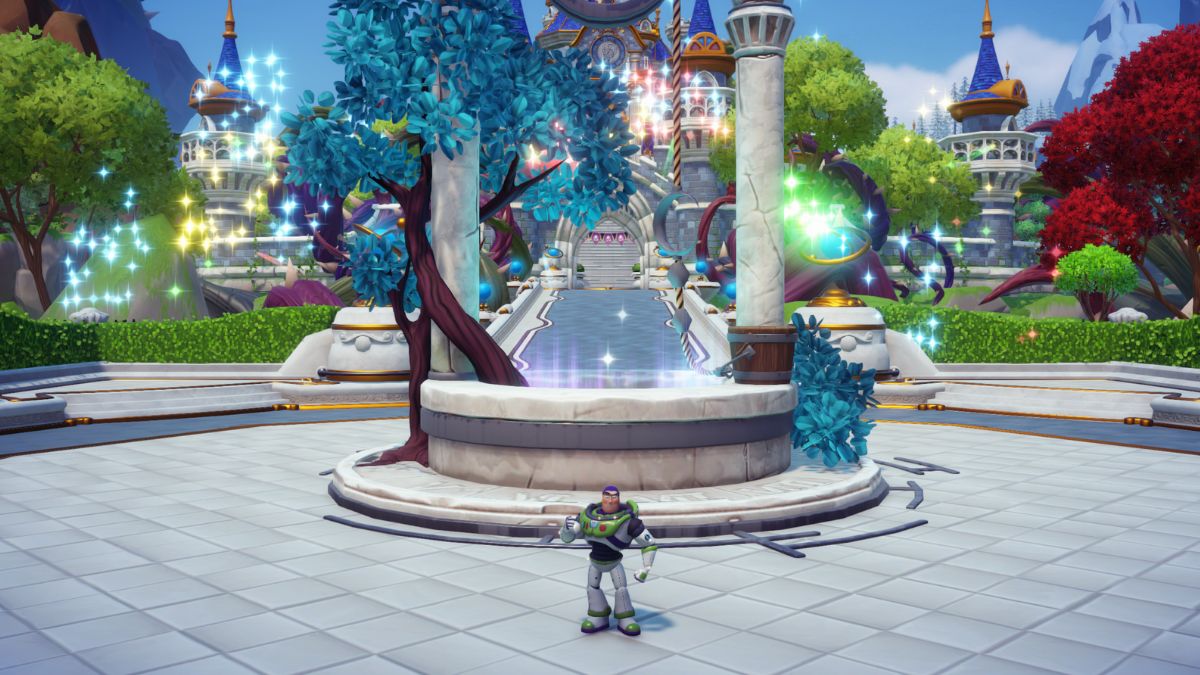 Woody and Buzz have entered the world of Disney Dreamlight Valley and can be unlocked so that they can live alongside the other residents of the valley. Just like with the other characters, you need to unlock this pair of toys before they will make their way to the valley. To do this, you need to make your way to the Toy Story Realm and help out your fellow toys. This guide will show you how to unlock Buzz Lightyear in Disney Dreamlight Valley.

Woody and Buzz reside in the Toy Story Realm that was added to the game with the Missions in Uncharted Space update. Like the other realms, you can find this one inside Dream Castle. The door leading to the Toy Story Realm is next to the door to the Frozen Realm. Before you can access this realm, you will need to clear the Night Thorns blocking the door. This will cost you 7,000 Dreamlight.

Once the door is unlocked, head into the Toy Story Realm and talk to Buzz Lightyear who will be standing on a platform near the foot of the bed. Buzz needs some new batteries because his own are starting to short out. Your first task is to collect two AA Batteries from around the room. These can be found in the following areas:

Bring the batteries to Buzz and he will ask you to help him with his mission to save Woody. Woody fell out the window and you need to get the window open to save him. First, you will need to collect pieces of track. There are 10 in total that are scattered about the room and they come in two different styles: track and connector pieces. After grabbing all the pieces, return them to Buzz and he will have one final task for you; collect the Magic Growing Cactuses.

The Magic Growing Cactuses are scattered about the room as well with some people near books and others inside the closet. After getting them all, place them under the pieces of track that need elevated. These track pieces will be sparkling making them hard to miss. Once they are placed, water the cacti to make them grow. Speak to Buzz and he will want you to place the car on the track at the top of the ladder. After doing this, you will get a short cutscene showing the car going around the track before hitting the window and unlocking it. Woody is saved!

Related: How to unlock Wall-E in Disney Dreamlight Valley

Talk to Woody and Buzz and they will ask for your assistance in fixing Bonnie’s farm. Start by taking pictures of the colored construction paper with gold stars around Bonnie’s room. They can be found in the following areas:

Report back to Buzz and you will get the task of building his RV in the valley. Head back to the valley and place Buzz’s RV wherever you would like for it to be. Building his RV will cost you 10,000 Star Coins.