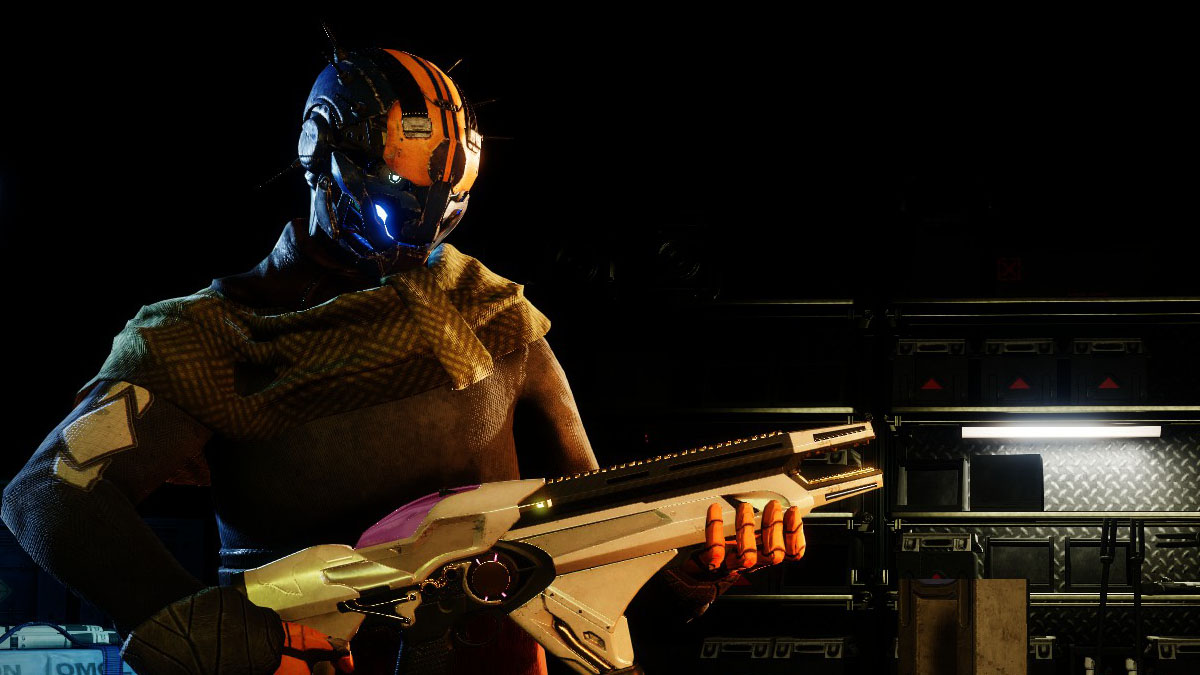 The Lost Lament is an exotic blade offered by a quest from Banshee-44 in the Tower with the New Light expansion of Destiny 2. It’s a bit of an undertaking, with a total of eleven steps to be completed, and nearly the entirety of the quest chain will take place on Europa. Grab your warmest jacket, and head to Europa to complete the first step after accepting the Exotic quest from Banshee-44.

There are a total of nine dead Exos spread across Europa, but we only need to find three of them to complete this step. Start at the center of Cadmus Ridge, and find the yellow Exo on a peak just south of the relay facility. Then move to the Lost Sector Perdition, just northeast, and check the alcove on the left after eliminating the boss to find the next dead Exo. Finally move southeast into Asterion Abyss, enter the Lost Sector Concealed Void, and check behind the final boss for a dead Exo on the back right.

After the quest chain updates from the three dead Exos, move back to the western part of Cadmus Ridge into Bray Exoscience. From the first large chamber within Bray Exoscience, take a right: keeping the quest activated should pinpoint the next room to move into, but eventually you’ll find yourself jumping down a pit, then leaping across a chasm. Find the giant head, and then it’s time to prove yourself worthy of the blade.

As it says on the tin, equip your best sword and get to cutting. Revisit Perdition with a preferred sword — one run will give 57 Vex kills, and it counts as a sword kill even if you don’t have ammo for the weapon. Don’t immediately nuke the boss: take away one-third of its health, and then wait for the reinforcements for additional kills. Once you see the ‘Quest Updated’ on your screen, it’s safe to clear out the rest.

Prove yourself with Commander Zavala and Variks (4/11)

This next step has typically already been completed, but in case it hasn’t, players need to retrieve and complete three quests from Commander Zavala and Variks:

Complete all three, then back to Europa.

Upon completing the quest, ‘The Dark Priestess’, a new quest called ‘Old Secrets, New Challenges’ appears on Europa from Variks. Complete that quest, then the associated challenge (Survival, Agility, or Safeguard) within Europa to continue the quest chain.

Defeat Vex with finishers on Europa (6/11)

Once again, it’s recommended to simply head to Perdition and run through it, ensuring you close every enemy with a finisher. Check your mods before doing so, to ensure you aren’t consistently using your Super energy. One flawless run, where all enemies (except bombers, Hydra, and the final boss) means you can complete this entire quest in one run.

The flavor text for this implies that you’ll need to search through the mission ‘The Glassway’ on Europa for pieces of the blade. Instead, simply complete the strike; you’ll see a notification during the final boss about the next step for Lost Lament.

Head back to the Tower and talk to Banshee-44 about the broken blade. Some minor dialogue will move the quest forwards, then it’s back to Europa.

Go to Europa and drop on the northern side, in an area called Eventide Ruins. Just south of the drop zone is a Lost Sector called Bunker E15. There’s nothing of concern in this Lost Sector: eliminate the Vex, kill the boss, and progress the quest by opening the cache at the end of the sector. Once completed, leave the sector, walk back to the drop zone, and take a quick left for the next mission banner.

Classic — you spend hours proving yourself, then the thing you’re proving yourself to needs to be saved. Hop into the cavern and hang a right to mount the tank. Drive the tank through Vex until the next waypoint is available. You’ll end up moving through Bray Exoscience yet again towards Clovis AI to save him. Set the blade on the pedestal as Clovis requests, and hold off the Vex into a fantastic finale.

Head back to the Tower and speak one last time to Banshee-44 to end this quest chain, claim the Lost Lament, and learn a bit more about the mysterious armorer of the Guardians.