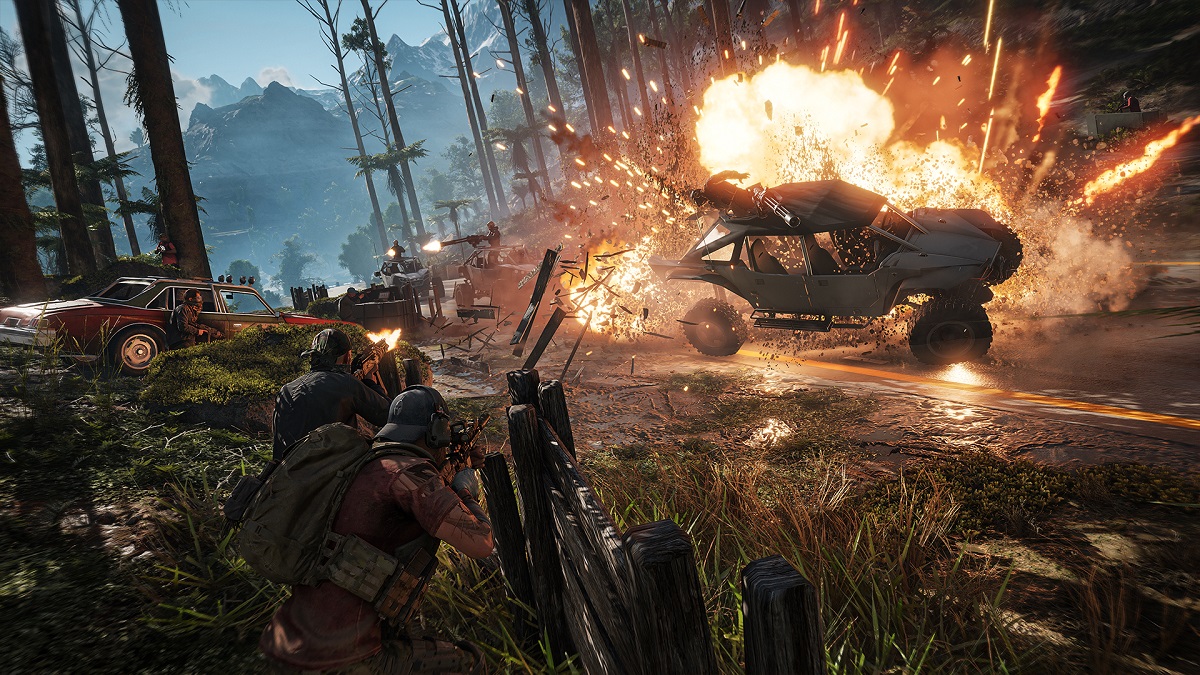 Tom Clancy’s Ghost Recon Breakpoint tasks players with navigating the fictional island of Auroa while completing a wide range of missions. One mission is A New Perspective, which tasks players to use their drones to discover the use of seemingly errantly placed posts.

You pick up this mission from two scientists sitting on a hill just south of a Cold War Site, located 440 meters east of Behemoth Passage Bivouac, which straddles the border of Good Hope Mountain and Whalers Bay. After accepting the quest, you’ll need to find Alvarez Deschamps just northwest of Behemoth Passage at the yellow quest marker.

Once you talk to Alvarez, you’ll want to take a prone position to avoid the heavy patrols nearby and bring out the drone. Place the drone near the pillar so that the yellow bars are acting as a frame, and zoom in; this will identify the next point which will function much the same way.

The second point you’ll need to find is south east of the first beacon, on a rock overlooking the river on the left side of the embankment. You’ll want to grab the vehicle, such as a helicopter, to chase the rest of the beacons – they’re too far to be covered by the drone’s range from Alvarez’ location.

Use the below images to help guide the drone towards the points of interest, moving south through the strait.

Once you reach Drone Station W111, be mindful of how to assault it.

A heavy gunner, two snipers, and a couple of riflemen accompany an emplaced turret, and there are a dozen civilians around the station as well to muddle the upcoming gunfight. You’re looking for a blue laptop on the second floor of the largest building, near a whiteboard. Consult the intel, and head back to Alvarez back at Behemoth Passage to end the mission.