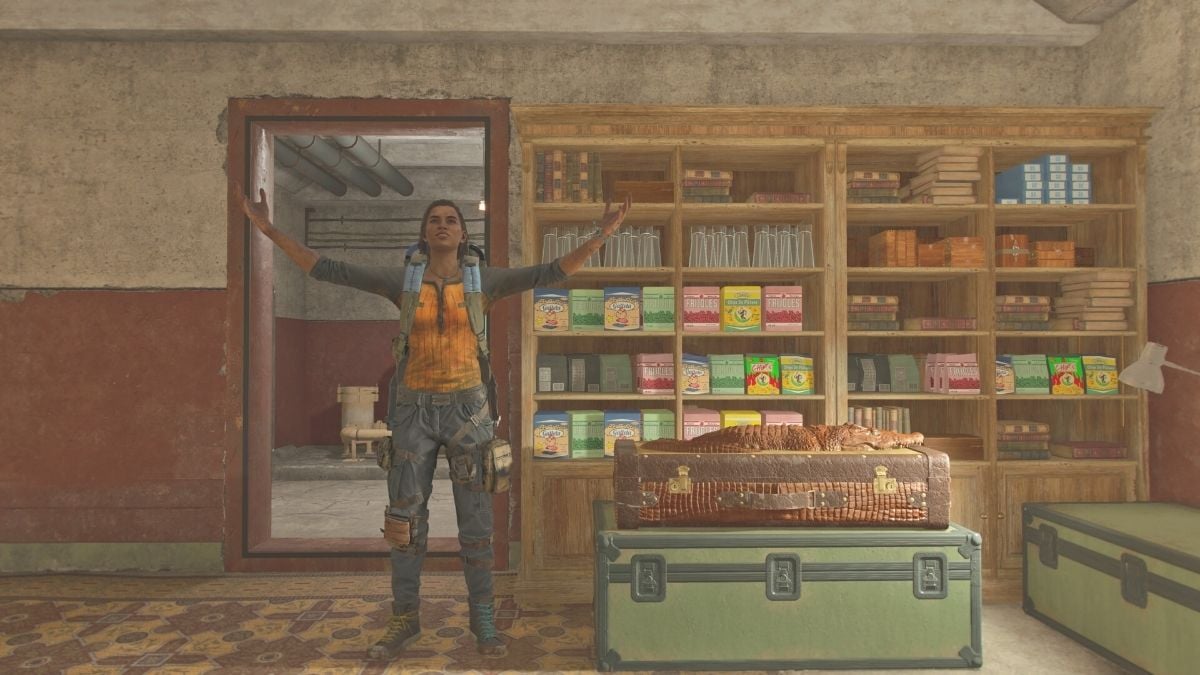 The Cache Money treasure hunt can be a bit tricky. It has some awkward timing and plenty of enemies to deal with. Nevertheless, if you have been wandering the area known as Aguas Lindas, you may have come across this treasure hunt. Here is how you complete it.

The Cache Money treasure hunt is hidden within a restricted area, so be prepared for a fight when you get in. Try to stay stealthy if you want to save the fighting for later (it’s bound to happen). Take a look at the map below for its location.

Once you reach the area, you will need to go through the gate to enter the restricted area. There are plenty of cars going in and out, so be careful not to get spotted. Ahead of you and to the right will be a guard post with the orange box needed to start the hunt.

With the note in tow, head to the building behind the guard post. There is a ladder on the left and right sides of the building. Climb up to the roof and located the bottom on the back wall of it. Behind the button is a bunker with the number two on it.

Jump down into the bunker and travel the hallways. After a while, you will enter a room with a locked metal fence. Destroy the lock to gain access and grab the keycard that is hanging on the metal shelves.

After that, head over to the door on the other side of the fencing and use the keycard to open it. This will lead you into the office. It isn’t over just yet. You need to open the secret door in the room. Check behind the desk to find a button that will open the secret door behind the bookshelf. This will give you access to the cache on the other side.