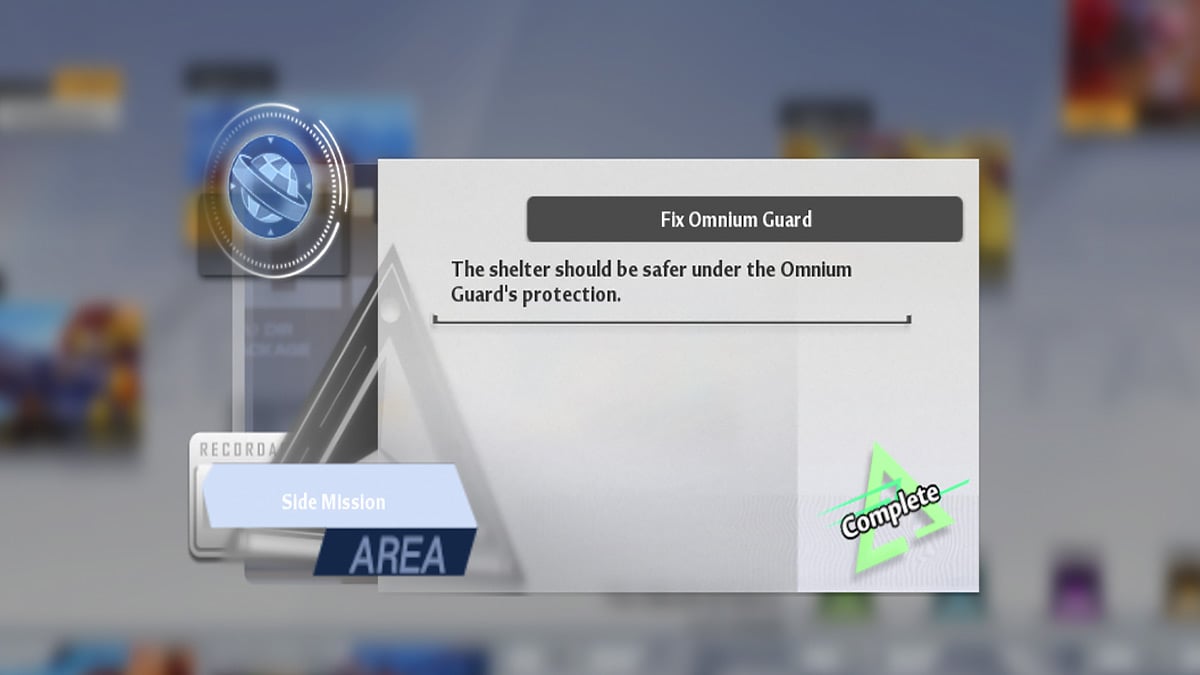 There are a couple of side quests in Tower of Fantasy that are more important than the rest. If you go into the Terminal and look at Story, you will see that besides the story chapters, some special side missions need to be finished to get 100% completion for the chapter. The Fix Omnium Guard side quest is one of these special ones. What makes these quests different is that they are made out of a couple of little side missions, which can be seen in the Story tab. Here is how you can complete the Fix Omnium Guard side quest in Tower of Fantasy and get 100% completion for Fate under the Tower.

Perp Work is the first side quest of Tower of Fantasy’s Fix Omnium Guard side mission chain. You can start it by talking to Alfred, the programmer, next to the Cooker, as shown in the image above. After talking to him, you will have to gather 10 crystals.

Go back to Alfred and give him the crystals. He will now send you to Gendry, who will ask you to steal five supply boxes from some nearby Hyenas and aberrations. If you have the quest guides on, the game will show you the route toward the supply boxes. Once you get them, come back to Gendry who will give you the Titanium Driveshaft. Fetch that item right back to Alfred.

Talk to Norton, who will tell you to replace the Titanium Driveshaft for the Omnium Guard. Come back to Norton and get the next side quest, Power Supply.

Head southeast, south of the Barrenstown, to the location shown above. There will be a base full of Hyenas, but you can ignore them and just climb to get the Power Supply. Then, just transmit back to the shelter and talk to Norton.

Related: How to complete the Scouting Report side quest in Tower of Fantasy

Head to the second guard and fix it.