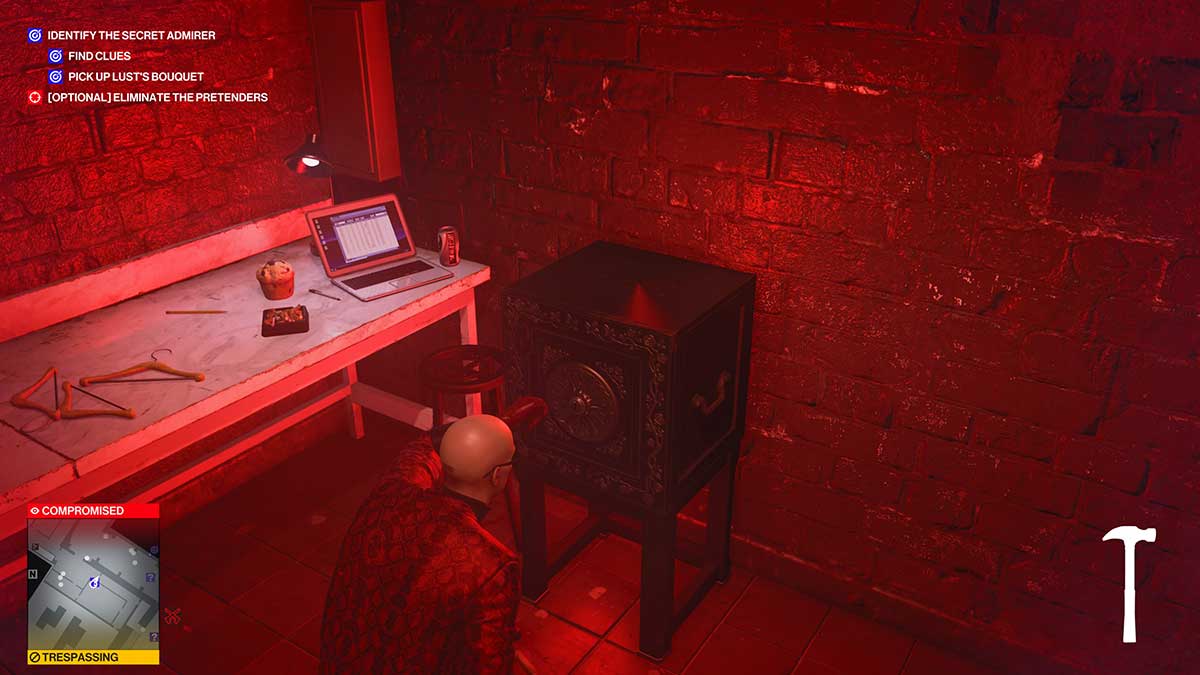 Hitman 3’s Season of Lust update brought a new Escalation, The Lust Assignation, to the table, as well as a couple of new challenges. These challenges are much tougher than previous ones because of the Escalation’s randomized elements. In this guide, we’ll explain how you complete the Ratiocination challenge and provide some tips for doing so.

What is the Ratiocination challenge?

The Ratiocination challenge requires players to complete The Lust Assignation after collecting three clues. This is the minimum number of clues you have to collect before Lust’s bouquet will become available, and you can pick the NPC in the ballroom that you believe to be the admirer. Usually, you can collect as many as six clues to help you identify the admirer, so this challenge makes getting this right much harder.

To make things even more difficult, clues are randomized, as is the location of the safes that contain them. No one run in The Lust Assignation is the same as the other, so you’ll have to cope with the layout of the clues on the map as they are each time you load the Escalation up.

Finding three clues should be easy, but that all depends on the location of the safes in your run. The easiest locations to grab clues from are those close to the ballroom. You can access most of these via the vents just outside of the ballroom door next to the DJ booth. If you don’t like the placement of the safes in a run, restart the mission. This will move all of the safes around. Repeat this process until you get three safes that are relatively close to the ballroom. Now all you need to do is collect the keys and open them. Remember that you can also blow up safes to open them, but this obviously draws the attention of everyone nearby.

Step 2: Work out who the admirer is

You should have enough information to work out who Lust’s admirer is with three clues in hand. The images on these clues don’t mean anything — they’re the same for every run. The clues themselves change with each run, but they follow a similar theme. These first three will tell you if the NPC is smoking, whether they’re dancing, and what they’re drinking.

With this information, you need to carefully observe everyone in the ballroom to see who fits the clues you have. Watch every NPC’s routine to see if they smoke first. Then, watch to see if they have a drink in their routine. If they do, and this matches your clue, you’ve probably found your admirer. Check for all the information in the clues. You have to be sure. Something as simple as an NPC having a beard could be the difference between them being the admirer or not.

Step 3: Give the admirer the bouquet

Lust’s bouquet unlocks as soon as you find your third clue. You need to pick this up and give it to the NPC in the ballroom you suspect is Lust’s admirer. Once you’ve worked out who this is, walk up to them and give them the bouquet. When you have, Lust and the admirer will dance, and the rest of the NPCs will join in.

You now have the option to exit the Escalation or kill every pretender in the room. If you kill all the pretenders, you’ll complete The Great Pretenders challenge.