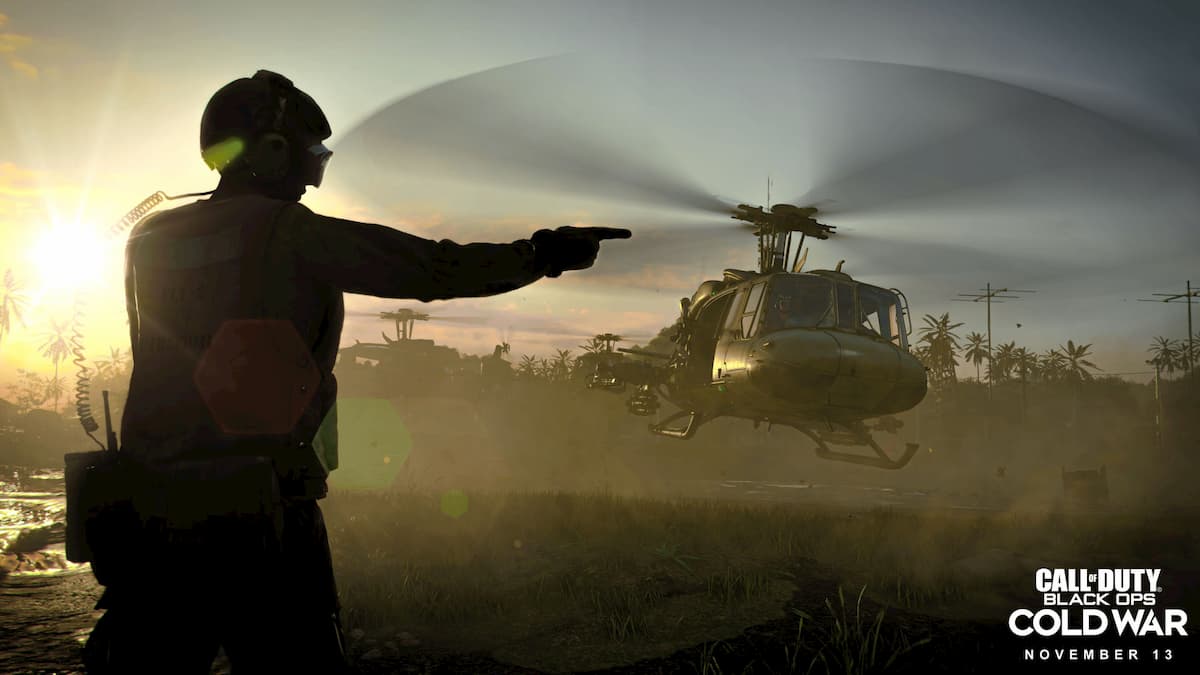 One of the side missions in Call of Duty: Black Ops Cold War is called Operation Chaos, and it involves some sleuthing. You will need to gather up pieces of evidence across three different missions, then decrypt a floppy disk.

You can find the pieces of evidence in the following missions, but you’ll need to do a bit more work to crack the code.

To decrypt the floppy disk, you will need to work out a code word and a code number using the evidence that you collect.

For the number, look at the coded message you got from Quasim. One of the lines will show numbers, alternating between red and blue. One of each color will be missing. Then, figure out what they are, just work out the difference between each number of the same color. The red and blue numbers will each have their own pattern, so work them out individually. When you have cracked it, you will have a four-digit code made up of the red number first followed by the blue number. You’ll need to listen to the Number Stations broadcast and get the word that matches these numbers.

These numbers are randomized, so we can’t actually point you towards the correct numbers — you will just need to do some mental math.

Up next, time to figure out the codeword using the Newspaper from the bar. The headline on the front page will have several letters that are red. Put them all together to form the name of a city. Now, check the Numbers Station broadcast reel and you will find a code that coincides with the city name. Enter both the word and the number into the decryption screen when required and you can decrypt the floppy disk.